One Mare’s Suffering Comes to an End 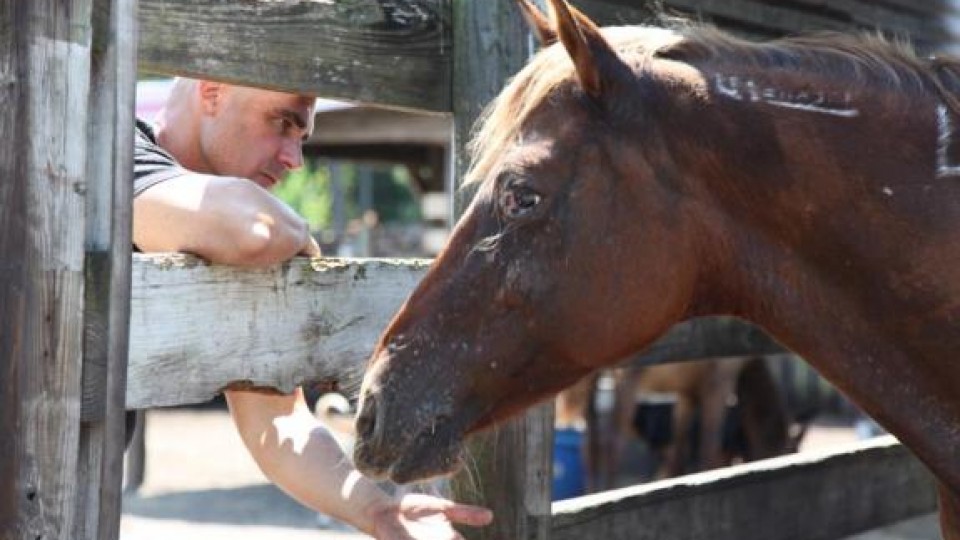 Eleven years ago her nightmare began. A year ago one man ended it. Today, its time for her happy ending to begin. In 2001 in the Warm Springs area of Oregon, a liver chestnut mare roamed free with her wild herd. That is until a government roundup shattered her world forever. Chased by a helicopter and trapped in catch pens, this mare and her herd were scattered to auction lots around the country. Everything she once knew was ripped away from her in a moment, without warning. The chestnut mare — now called Epic — would spend a year moving from auction lot to auction lot, wondering what this strange new world was and undoubtedly longing for her family and her freedom.

We do not know what happened to the rest of her herd. Maybe some of the young ones were adopted, so people could try their hand at “breaking” a wild horse. But no one wanted this mare and Epic was eventually sent to a long term holding facility and made available for sale to the highest bidder. The highest bidder was a rodeo and Epic would spend the next chapter of her life beaten and broken on a daily basis as bucking stock. When her tired body and diminished spirit made her no longer suitable to entertain the crowds at the rodeo, Epic was sold to a black market horse slaughter farm in Tampa, FL. It would not be long before this mare — once wild and free — would be butchered alive for her meat.

At about the same time, Richard Couto was working undercover for Animal Recovery Mission (ARM) on an investigation into illegal horse slaughter farms. His investigation (warning: content may be disturbing) brought him to the same farm where Epic was awaiting her grisly fate. When Richard arrived on the farm the conditions were shocking. Animals were on fire; pigs were eating horse carcasses and signs of abuse and neglect were rampant. He spotted a chestnut mare with the number 3617 branded on her hip. He knew immediately that it was a BLM brand and that this defeated, sad mare was once one of America’s most cherished symbols of freedom. How could this be her fate? Couto fabricated a story about wanting the mare as a riding horse and was able to purchase the mare from her butchers. Couto not only saved Epic from a horrific fate that day, but he also saved her unborn foal. The mare was pregnant. Epic and her foal, named Kuto, lived for the next year at a rescue facility in Tampa. There she was loved, nursed back to health and cared for. Her nightmare was over.

Today, Richard Couto, ARM and Return to Freedom have come together to go a step further for Epic and her colt: They will make the journey across the country to live out their days at the rolling hills of Return to Freedom’s wild horse sanctuary. There, they will join other herds that lost their wild homes and found a new one at the sanctuary. The truck left Florida today with Epic, her colt Kudo and an old friend named Miss Mara that she has been reunited with. On Wednesday they arrive at the 300-acre sanctuary to begin the rest of their lives together. We hope that Epic’s herd mates are safe and loved, wherever they are. We know Epic will be for the rest of her years.

Would you like to help provide care for Epic and her new family? You can sign up below for a monthly sponsorship to help with her feed and care or make a one time contribution. Thank you for caring about America’s wild horses and helping us continue to restore the promise of freedom to horses like Epic. You can also support the work of ARM by visiting Animal Recovery Mission.

Will you help Return to Freedom by sponsoring Epic?