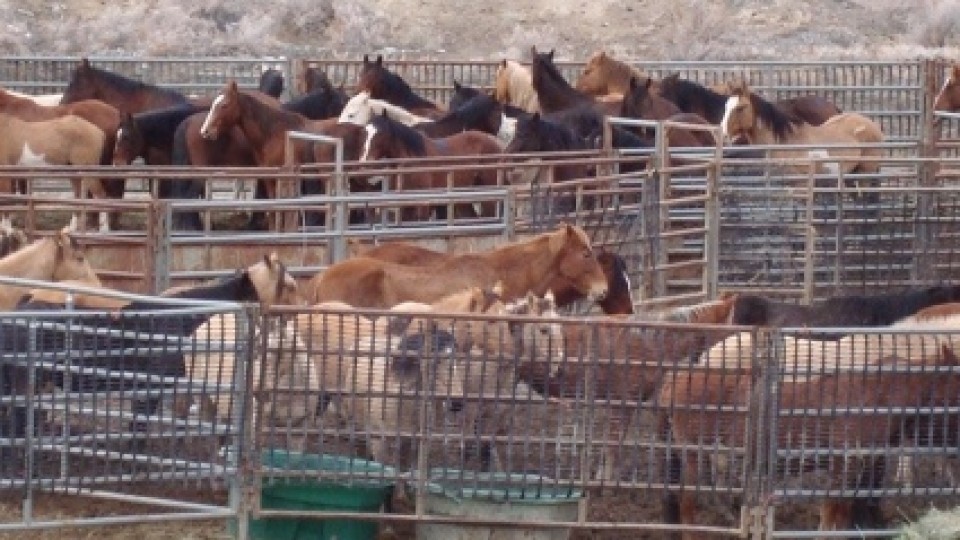 OKLAHOMA CITY (AP) — Animal rights advocates urged members of a federal advisory board on wild horses and burros Monday to recommend an absolute ban on horse slaughtering in the U.S. and condemned the Oklahoma Legislature’s attempt to authorize the slaughter of horses for human consumption.

The advocates, many representing wild horse and mustang organizations across the western states, told the Bureau of Land Management’s Wild Horse and Burro Advisory Committee that Americans are against slaughtering wild horses and that poor management practices are decimating the nation’s wild horse population.

“It’s not a black and white issue,” Guilfoyle said.

She denied suggestions from some members of the public that the agency knowingly places horses at risk and said BLM does all it can to prevent wild horses and burros from getting into the hands of people who will harm them.

The American Wild Horse Preservation Campaign, a national coalition of wild horse advocates, is urging the advisory group to recommend ending federal wild horse roundups as well as the government’s policy of selling wild horses for as little as $10 apiece. The coalition also wants an outright ban on horse slaughter.

Coalition activist Suzanne Roy said the BLM has mismanaged the nation’s wild horse program by rounding the horses up and corralling them instead of leaving them on the range and managing their numbers.

She said BLM has removed 37,000 wild horses from native rangelands in recent years and now has 50,000 in government holding facilities — more than are left in the wild. A total of 22,000 wild horses are being held in Oklahoma, where legislation to authorize horse slaughtering has cleared the state House and Senate.

“The end game is slaughter and everyone knows it,” Roy said. “Americans overwhelmingly oppose horse slaughter.”

Separate bills that would lift a nearly 50-year-old ban on horse slaughtering and allow a slaughtering plant to open in the state were approved last month. Each of the measures would ban the sale of horse meat for human consumption in Oklahoma but would allow the meat to be exported to other countries.

At a news conference held before the public comments portion of Monday’s advisory board meeting, Netherland described the horse slaughter industry as “fraudulent and predatory.” She said proponents claim that slaughtering horses is a humane way of dealing with starving, abused and neglected horses.

She said the consumption of horse meat is dangerous for humans because of the drugs and medications horses consume during their lives.

Roy said the national wild horse coalition supports congressional passage of the Horse Slaughter Prevention Act, which would outlaw horse slaughter in the U.S. as well as the transport of horses across the border for slaughter.

Roy unveiled a five-point plan to save the nation’s remaining wild horses and burros that consists of: managing the animals on the range and stopping roundups, the use of birth control to control wild horse populations, the repeal of a law that allows horses to each be sold for as little as $10 and that she says invites slaughter, allotting more rangeland for wild horses, and returning captured horses to appropriate habitat.