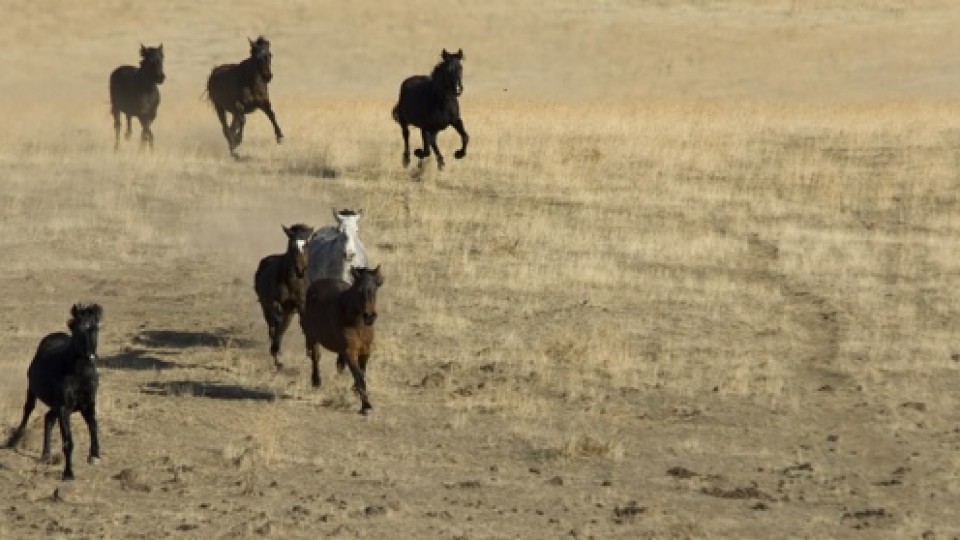 CARSON CITY, Nev. (AP) — Horse advocates and state officials urged members of a Nevada Senate committee Tuesday to adopt an amendment that would allow the state to enter agreements with advocacy groups to manage wild horses in the state.

The main bill is AB264 which seeks to impose a gross misdemeanor penalty on people who feed or take feral or estray livestock. Currently, the law prohibits such action but there is no penalty other than a non-criminal warning for violating those provisions.

“We must give the sheriff’s office some help in preventing homeowners and visitors from feeding the horses for the human’s and horses’ sake,” said Assemblyman Tom Grady, R-Yerington, the bill’s primary sponsor.

While the bill would apply the penalty to all feral or estray livestock in Nevada, the focus Tuesday was on wild horses in the Virginia Range southeast of Reno.

Without any penalties, people continue feeding wild horses despite requests from law enforcement to stop, and that puts the animals in danger because they are often fed near a state highway, supporters said.

“No wonder they keep doing it,” said Sen. Aaron Ford, D-Las Vegas, upon learning the law did not have a penalty associated with the prohibition to feed wild horses.

The amendment was presented by Assemblyman Jim Wheeler, R-Minden, and adds a new dimension to the proposed policy.

Currently, the state Department of Agriculture can enter into agreements with advocacy groups to sell, relocate and facilitate the adoption of wild horses, but there is no ability for the state to allow nonprofits to manage the horses.

“Cooperative agreements allow the government to take advantage of the willingness of nonprofits to work with them to manage the wild horses of Nevada, which is a huge win,” said Kevin O’Neill, a senior legislative director for the American Society for the Protection of Cruelty to Animals.

He added, “It doesn’t take any resources from the Department of Agriculture which are important for their needs, and it gives those in the community who want to help the horses an outlet to do what’s right for these horses and make sure they continue on in Nevada.”

Jim Barbee, the director of the state Department of Agriculture, told The Associated Press that cooperative agreements to manage just the wild horses on state lands would save the state about $40,000 a year and “hundreds of thousands” over time.

The change would also allow groups to facilitate tours of the region for visitors wanting to see Nevada mustangs, bolstering tourism in the state, Wheeler said.

There was no opposition to the bill, and the committee took no action Tuesday.