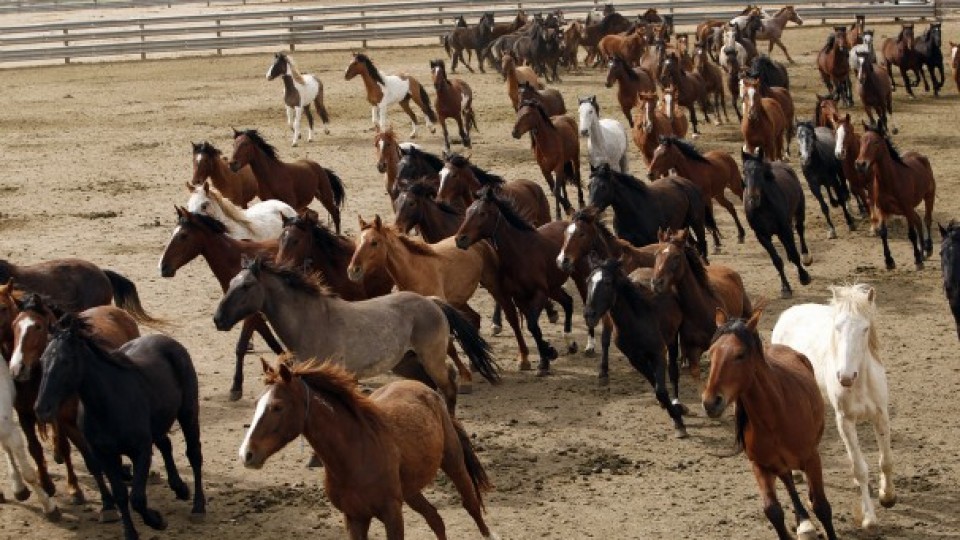 RENO, Nev. — A scathing independent scientific review of wild horse roundups in the West concludes the U.S. government would be better off investing in widespread fertility control of the mustangs and let nature cull any excess herds instead of spending millions to house them in overflowing holding pens.

A 14-member panel assembled by the National Science Academy’s National Research Council, at the request of the Bureau of Land Management, concluded BLM’s removal of nearly 100,000 horses from the Western range over the past decade is probably having the opposite effect of its intention to ease ecological damage and reduce overpopulated herds.

By stepping in prematurely when food and water supplies remain adequate, and with most natural predators long gone, the land management agency is producing artificial conditions that ultimately serve to perpetuate population growth, the committee said Wednesday in a 451-page report recommending more emphasis on the use of contraceptives and other methods of fertility control.

The research panel sympathized with BLM’s struggle to find middle ground between horse advocates and ranchers who see the animals as unwelcome competitors for forage. It noted there’s “little if any public support” for allowing harm to come to either the horses or the rangeland itself.

The report says the current method may work in the short term, but results in continually high population growth, exacerbating the long-term problem.

“Addressing the problem immediately with a long-term view is probably a more affordable option than continuing to remove horses to long-term holding facilities,” the report said.

The American Wild Horse Preservation Fund, a national coalition of more than 50 advocacy groups, said the report makes a strong case for an immediate halt to the roundups that livestock ranchers say are necessary to protect the range and provide their sheep and cattle with a fair share of forage.

“This is a turning point for the decades-long fight to protect America’s mustangs,” said Neda DeMayo, president of the coalition’s Return to Freedom.

The National Cattlemen’s Beef Association is among the livestock groups that have voiced support in the past for aggressive, increased use of fertility control but remain adamantly opposed to curtailing roundups. Horse advocates themselves are not united behind the idea of stepping up use of contraception on the range.

“We are grateful that the National Academy of Science recommends stopping cruel roundups, but we challenge their decision to control alleged overpopulation like a domestic herd with humans deciding who survives and breeds,” said Anne Novak, executive director of Protect Mustangs in San Francisco.

The conflict has raged for decades but has intensified in recent years for cash-strapped federal land managers with skyrocketing bills for food and corrals and no room for incoming animals.

BLM officials said they welcomed the recommendations in their effort to make the program more cost-effective but had no immediate reaction to the criticisms.

To learn more about the NAS review of the Bureau of Land Management Wild Horse and Burro Program, click here.