Return to Freedom Leads Fight to Save Nation’s Mustangs 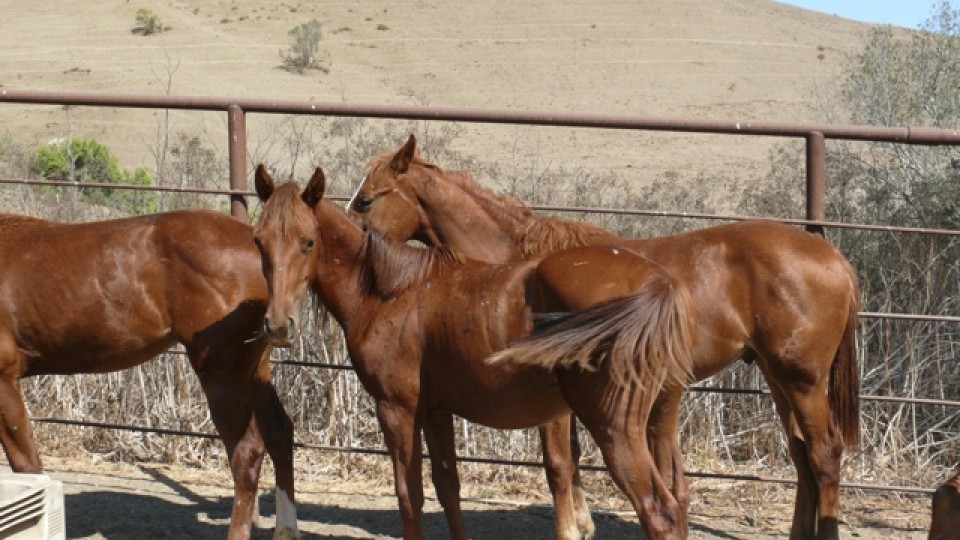 A national grassroots sign-on campaign to Interior Secretary Sally Jewell, to stop federal wild horse roundups and secure lasting protection for these iconic animals, is being spearheaded by Santa Barbara County’s Return to Freedom Wild Horse Sanctuary (RTF) and the American Wild Horse Preservation Campaign (AWHPC), a national coalition RTF launched in 2004 to create a strong grassroots base and a unified platform for the wild horse issue.

To date the grassroots uprising has garnered support from Return To Freedom supporters Robert Redford, Carole King, Viggo Mortensen, Ed Harris, Wendie Malick, Betty White and other luminaries, along with 30 Congresspersons, 18 leading wild horse advocacy organizations, and over 30,0000 American citizens. It has also generated “one of the largest citizen uprisings ever seen on Facebook,” with thousands of messages in support of wild horses and burros posted on the Department of the Interior’s (DOI’s) Facebook page.

“I join Return to Freedom in asking Secretary Jewell to exercise the necessary leadership to implement alternatives to the wild horse roundups immediately and allow the wild horses to live wild and free in their home on the range”, said long time activist and Singer/Songwriter Carole King.

Last week, RTF and AWHPC delivered the “Step In Sally” sign on letter to the DOI in Washington, DC. The action came on the heels of a National Academy of Sciences (NAS)report that slammed the federal wild horse program for being “costly and unproductive” and lacking a sound scientific basis.

The NAS report found that, not only does the BLM’s roundup and removal program not work, but also it makes things worse by causing wild horse populations to “reproduce at their biological maximum.” The scientific panel found that tools, in the form ofPZP fertility control, are available to manage horses on the range, but that the BLM has been under-utilizing them.

“Americans from all backgrounds have joined together to urge Secretary Jewell to step in and take a new approach to preserving our nation’s iconic wild horse and burro herds on their ranges,” said Neda DeMayo, RTF Founder and CEO. “We recognize that theBLM is facing a challenge. We stand ready to work with Secretary Jewell and the BLM to implement viable solutions that will protect naturally free roaming horses and burros.

Added Ms. King, “Wild horses have long symbolized the freedom that Americans value so highly.”” There’s no need to round up wild horses at all, let alone terrorize them with helicopters. There’s no need to herd them into corrals, break up herds and family bands within the herds, or remove thousands of wild horses from their homes to wait for…what? Adoption? They’re not being adopted in anywhere near the number of (formerly) wild horses in holding facilities. As one Idaho cattleman put it, “They wasn’t hurtin’ anyone.”

Each year, the DOI’s Bureau of Land Management (BLM) uses helicopters to roundup and remove thousands of wild horses from public lands in the ten western states. Since adoption demand remains low, most of the horses are warehoused in holding facilities. Today, the BLM stockpiles more 50,000 wild horses in government pens and pastures, while fewer than 32,000 remain free in the wild. The roundup program costs taxpayers $80 million annually.

Return to Freedom is dedicated to preserving the freedom, diversity and habitat of America’s wild horses through sanctuary, education and conservation, while enriching the human spirit through direct experience with the natural world. Return to Freedom provides a safe haven to over 350 wild horses and burros at its sanctuary in Santa Barbara, California.