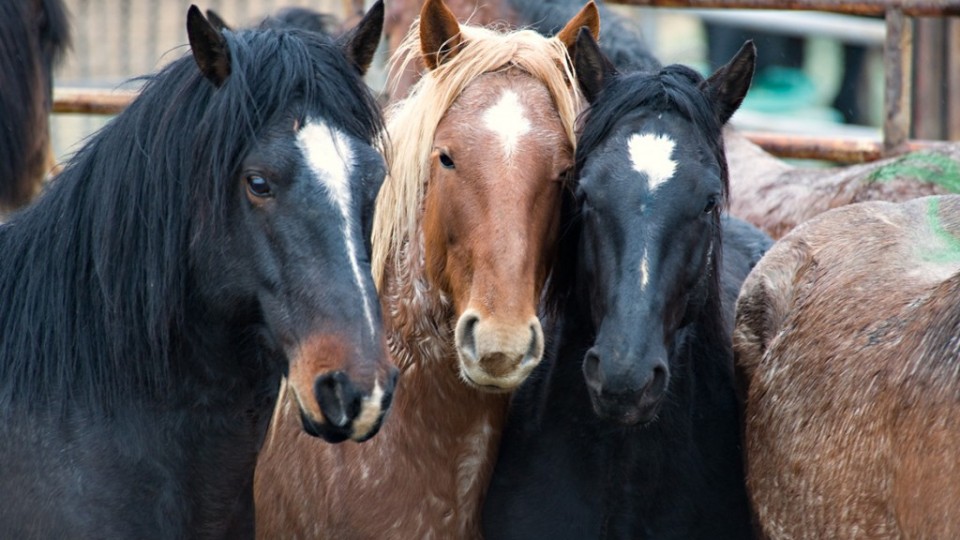 Portland, OR (July 12, 2013) — This week, the United States Forest Service (FS) entered into a settlement agreement with an Oregon livestock operator by committing to a roundup schedule for wild horses in the Murderers Creek portion of Oregon’s Malheur National Forest in order to bring the population to within the Allowable Management Level (AML) established by the FS. The settlement is a major blow to the ranchers, Loren and Piper Stout, who hold a permit to graze cattle on public land in the Malheur Forest. The Stouts sought to eliminate or severely reduce the number of wild horses allowed in Murderers Creek, claiming that the horses — and not their cattle — were harming the federally-protected steelhead trout species living in the John Day River that runs through the area.

The Stout’s bid to rid the Malheur Forest of mustangs was dealt a major setback when the National Marine Fisheries Services issued a Biological Opinion earlier this year, finding that, based on the best available scientific evidence, “wild horses are unlikely to cause measurable impacts to [the steelhead’s] tributary habitat within the action area” and impacts due to wild horses “are likely to be small and have minimal impacts on steelhead, [or] their habitat.”

By contrast, in previous litigation, the Stout’s cattle were found to be directly impacting the steelhead. A federal court in Oregon ordered a reduction in grazing levels, a move that prompted the Stouts to file their own case to eliminate horses from the area.

“This settlement agreement represents a major victory for wild horse advocates, because it does not attempt to reduce the number of wild horses allowed to live in Murderers Creek — something which, in any event, would not be supported by sound science,” said Suzanne Roy, director of the America Wild Horse Preservation Campaign (AWHPC). “It also means that the public will still have many future opportunities to participate in Forest Service wild horse roundup decisions for Murderers Creek, pursuant to the the National Environmental Policy Act and other governing laws.”

Earlier this year, AWHPC and its coalition partner The Cloud Foundation, along with an Oregonian whose family travels to the Malheur Forest each year to see the horses, sought to participate in the litigation when a trial appeared imminent, and the court granted that request recognizing that the Forest Service does not adequately represent AWHPC’s interests in protecting wild horses. However, the groups, who were represented by the Washington, D.C., public interest law firm Meyer Glitzenstein & Crystal, ultimately did not have to exercise their participation rights, since the threat of AWHPC’s involvement in the lawsuit, coupled with the biological opinion, pressed the ranchers into reaching a settlement agreement and obviating the need for a trial.

In the wake of the settlement, wild horse advocates are now urging the Forest Service to actively begin humanely managing the Murderers Creek wild horses on the range by utilizing PZP fertility control as an alternative to perpetual roundups and removals. Last month the National Academy of Sciences issued a highly critical report on the federal wild horse and burro management program, calling “business as usual” “expensive and unproductive.” The NAS found that holding wild horse populations to unnaturally low levels through a repeated cycle of roundups and removals was actually causing wild horses to reproduce at higher levels and adding to the number of horses stockpiled in holding facilities.

“The Forest Service must begin immediately to manage the Murderers Creek wild horses on the range using humane PZP fertility control,” said Neda DeMayo, president of Return to Freedom, AWHPC’s founding organization. “The federal government has the technology to minimize wild horse removals by managing horses on their rangelands. With 50,000 wild horses in government holding facilities, the government must immediately change its business as usual practices — as recommended by the National Academy of Sciences — or the threat of slaughter will continue to hang over the heads of warehoused wild horses.”

The American Wild Horse Preservation Campaign is a coalition of more than 50 horse advocacy, public interest, and conservation organizations dedicated to preserving the American wild horse in viable, free-roaming herds for generations to come.

This week’s settlement agreement concluded a four-year courtroom drama with the Forest Service essentially agreeing to nothing more than bringing wild horse numbers back down to the appropriate management level previously set by the agency, as required by the Wild Free-Roaming Horses and Burros Act of 1971.

The grazers brought the case in 2009, arguing that the Forest Service was violating the Endangered Species Act in two ways: (1) by failing to consult with the National Marine Fisheries Service (“NMFS”) — another federal agency — about the potential impacts of the Forest Service’s wild horse management in Murderers Creek on federally threatened steelhead that reside in streams in the Malheur National Forest, and (2) by managing wild horses at levels that are causing unauthorized deaths and inflicting other harms to steelhead.

In 2011, Judge Ancer Haggerty of the U.S. District Court for the District of Oregon gave the grazers a narrow procedural victory, finding that the Forest Service must engage in Endangered Species Act consultation with NMFS to determine whether wild horse management impacts steelhead. The interagency consultation concluded in January 2013, upon NMFS’ issuance of a biological opinion. Much to the chagrin of the grazers, NMFS concluded, based on the best available scientific evidence, that “wild horses are unlikely to cause measurable impacts to [the steelhead’s] tributary habitat within the action area” and impacts due to wild horses “are likely to be small and have minimal impacts on steelhead, [or] their habitat.” Because wild horses — unlike cattle and sheep — have only minimal effects on steelhead and steelhead habitat, NMFS authorized the Forest Service to continue managing wild horses at their previously established appropriate management level of 50-140 horses in Murderers Creek without proposing any reduction to that level.

On the heels of that biological opinion, the grazers apparently gave up pointing the finger at the wild horses for any harm affecting the steelhead, as demonstrated by this week’s settlement agreement with the Forest Service which merely affirms that the Forest Service must, consistent with the biological opinion and the Wild Free-Roaming Horses and Burros Act, conduct gathers over the next three years to bring the wild horse population in Murderers Creek within the appropriate management level.