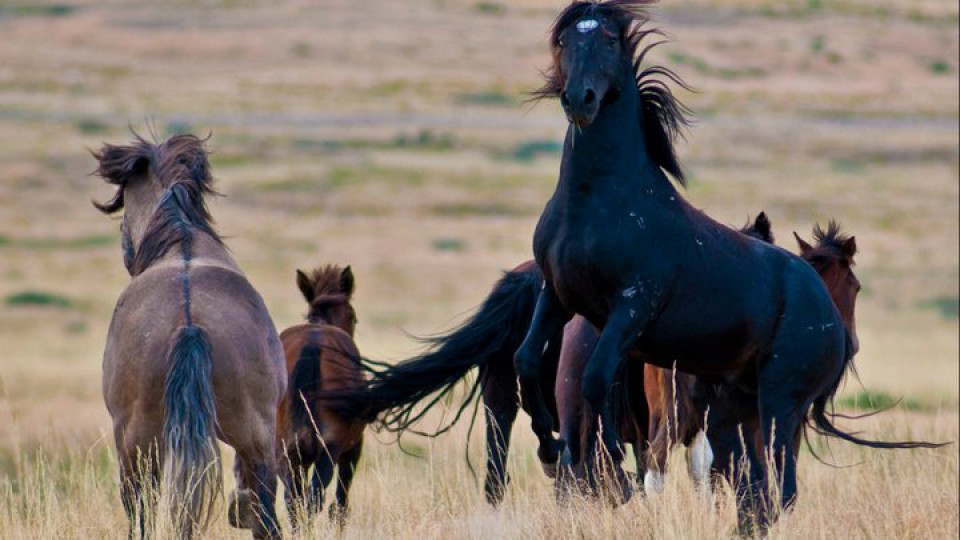 Requires the Secretaries of the Interior and Agriculture to maintain a continuing inventory of rangeland conditions and trends in 16 contiguous western States.

Directs the Secretary of the Interior to manage the public rangelands in accordance with the rangeland management objectives established through the land use planning process prescribed in the Federal Land Policy and Management Act.

Continues the policy of protecting wild free-roaming horses and burros, while at the same time facilitating the removal and disposal of excess animals which pose a threat to themselves and their habitat and to other rangeland values.

Requires the Secretary to manage the public rangelands in accordance with the Taylor Grazing Act, the Federal Land Policy and Management Act of 1976, and other applicable law consistent with this Act.

Provides for the funding of such improvements. Requires an initial environmental assessment record on each range improvement project and an environmental impact statement pursuant to the National Environmental Policy Act on certain projects prior to the expenditure of funds.

Sets forth the formula to be used by the Secretaries of Agriculture and the Interior during the grazing years 1979-1985 in setting fees for domestic livestock grazing on public lands. Requires the allotment of at least $10,000,000 for yearly grazing fees to the range betterment fund.

Directs the Secretary of the Interior to issue ten year grazing leases or permits except when he has determined, on a case-by-case basis, that the establishment of a shorter term is in the interest of sound land management policy.

Permits the Secretary concerned, upon completion of a satisfactory court-ordered environmental impact statement and consultation with interested parties, to develop an allotment management plan, as defined by this Act. Requires that the plan be tailored to the specific range conditions of the area covered and that such plan be reviewed periodically for its effectiveness and continued feasibility.

Limits the authority for entering into cooperative agreements and making payments under this Act to the extent or in such amounts as provided in advance appropriation Acts.

Exempts all National Grasslands from the provisions of this Act.

Authorizes the Secretaries of Interior and Agriculture to develop an experimental program to use grazing fees and other incentives to reward grazing permittees and lessees for good range stewardship. Requires the Secretaries to report to Congress on the results of such program no later than December 31, 1985, and on their recommendation to implement a grazing fee schedule for the 1986 and subsequent grazing years.

Amends the Federal Land Policy and Management Act to require the Secretary of the Interior to establish district advisory councils to advise the Secretary on rangeland management.

Allows the removal, destruction, or other options (such as sterilization), in a humane manner, of excess wild horses and burrows to restore the ecological balance to an area in which rangeland inventories indicate an overpopulation of such animals.

Provides for the adoption and donation of such animals to individuals who have provided humane conditions and care for them for a period of one year. Limits to four the number of such animals which may be adopted per year by any individual unless otherwise determined by the Secretary. Directs the Secretary of the Interior to contract for a research study of such animals with individuals independent of Federal and State Government as may be recommended by the National Academy of Sciences.

Requires that such study be submitted to the Congress on or before January 1, 1983.
Defines “excess animals” for purposes of existing statutory law.