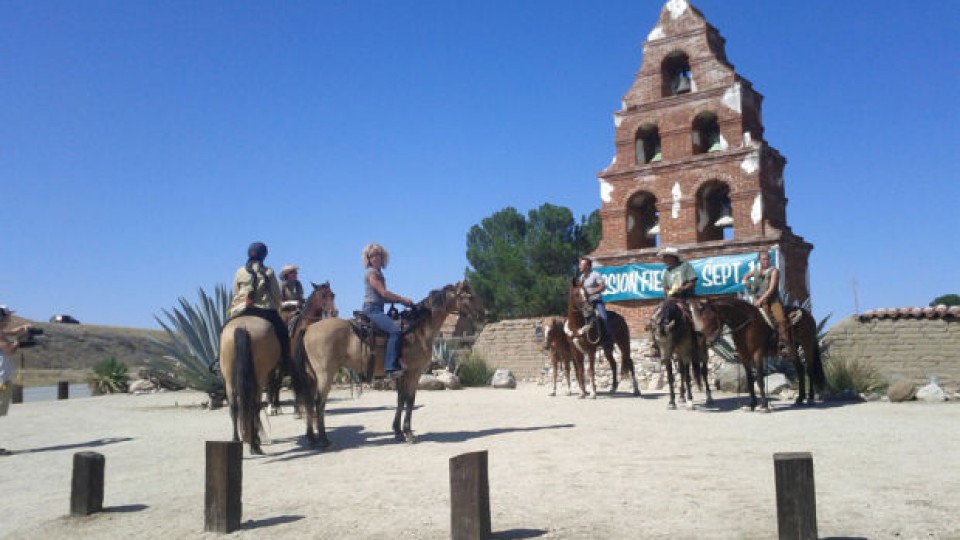 A group of horseback riders and filmmakers will make their way to the Missions of the Central Coast this week as part of a state-wide ride they are planning to turn into a documentary.

The California Mission Ride began last year with the northern trek, during which the group visited the missions between Sonoma and San Miguel over a one-month period. The ride picked up Sept. 14 at the Mission San Miguel and it will navigate through the Central Coast over the next week.

The riders are planning to trek from Nipomo and arrive at La Purisima Mission in Lompoc on Sunday. From there, they will arrive at the Mission Santa Inés in Solvang on Tuesday, and the Santa Barbara Mission on Sept. 29. They will continue south from there, eventually making their way to San Diego and the Mexican border.

The group of riders, led by event co-founders Gwyneth Horder-Payton and Leslie Dunton-Downer, plan to stop at each of the state’s 21 missions, which were founded by Franciscan missionaries and built by various Indian tribes during the Spanish colonial era.

“Dotting the coastline from Sonoma to the Mexican border, these missions form the state’s first and most significant historic backbone,” the group posted on its website, www.thecaliforniamissionride.org. “We asked ourselves what would happen if we rode from mission to mission on horseback. Could it even be done today? We decided to find out. And to make an educational documentary film about the journey.”

During the off-road journey, the riders plan to explore perspectives of life and land in California from angles that are rarely appreciated in today’s modern world. They are charting their progress, posting information about special events and people, and blogging about the ride on their website.

Among the planned special events:

• On Saturday, Neda DeMayo, from Return to Freedom American Wild Horse Sanctuary in Lompoc, will ride along with the group from Nipomo to Lompoc on one of her famous horses.

• On Monday, from 11 a.m. to 2 p.m., in an event that is open to the public, the docents at La Purisima Mission will put on an El Pastor program. During this program, they will demonstrate wool processing, spinning and weaving, cooking in the horno (outdoor oven), blacksmithing, pottery making and wheat grinding.

• On Sept. 26, while the horses rest, the riders will explore Return to Freedom American Wild Horse Sanctuary in Lompoc.