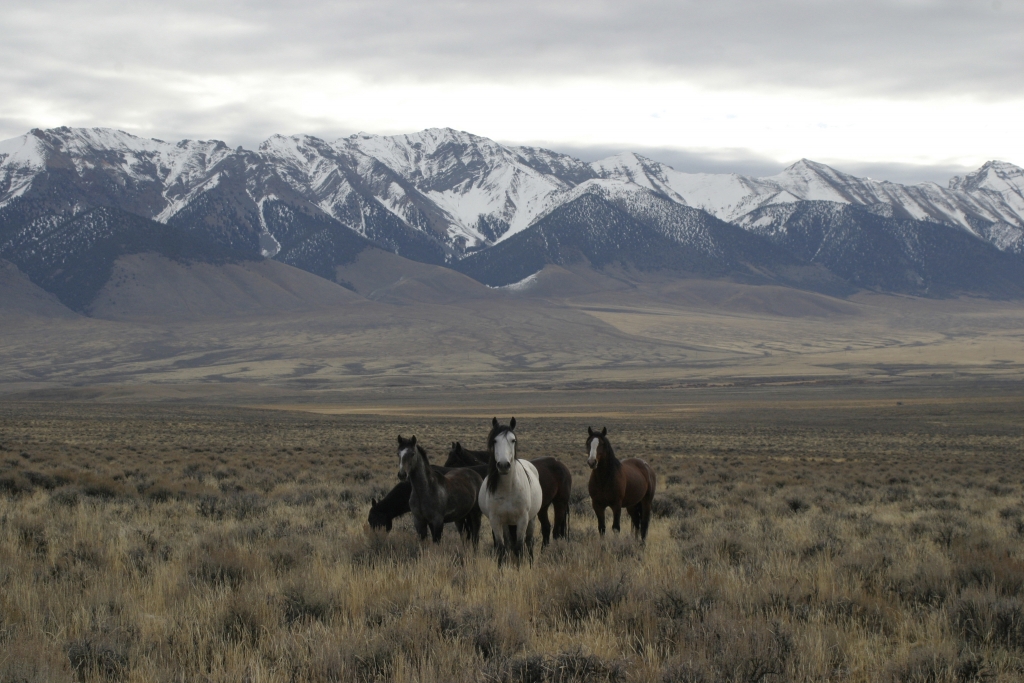 On December 17, 1971, President Richard Nixon honored the united and determined voice of the American people by signing into law the 1971 American Wild Free Roaming Horses and Burros Act. The act, designed to protect our dwindling wild herds and their habitat from the encroachment of special interest, truly represented the will of the people, who wanted their wild horses protected.

42 years later, on the anniversary of this momentous piece of legislation, our wild horses are more threatened than ever before. Continued roundups destroy their family bands, genetic diversity, and lifestyle, private interests relentlessly stake their claim on their habitat and our natural resources, and the dark and grisly horse slaughter industry is fighting like never before to regain a foot hold in the United States.

On Friday, Americans were dealt an ironic and crushing blow when — on National Day of the Horse — the 10th U.S. Circuit Court of Appeals lifted the temporary ban on reopening horse slaughter plants in the U.S. Plants in New Mexico and Missouri could be operational in as little as two weeks. (Listen to radio interview with attorney Bruce Wagman, who represents our coalition effort to fight the reopening of horse slaughter plants)

“There is no place in America for a domestic or foreign-driven horse slaughter industry,” said Robert Redford. “We are not, nor have we ever been a horse-eating culture. Organizations like Return to Freedom have decades-long track records of effectively implementing solutions for domestic horses as well as the challenges facing our iconic wild animals. I feel we are better served bringing to scale these solutions rather than going the route of the cruel and bloody business of roundups, neglect, and transportation to killing floors,” he added.

Neda DeMayo, President of Return to Freedom, a non-profit organization dedicated to wild horse preservation and sanctuary, said, “Until the slaughter of American horses is banned — both here and abroad — these noble icons of the American spirit will continue to be seen as disposable commodities by the few who stand to profit from their deaths. To get at the root issues impacting horse welfare today, horse slaughter can no longer be an option.”

Despite their report that more than 92% of those horses that are sent to slaughter are healthy and able to establish productive partnerships, the USDA had to grant permits to the slaughter plants because the 2007 defunding legislation was not renewed. Even with a 2012 national poll affirming that an overwhelming majority of Americans (80%) oppose horse slaughter for human consumption, Congress has yet to take decisive action to pass legislation to protect our wild and domestic horses.

How has it come to this? The hearts and minds of the American people have not changed. Americans still see the mustang as an iconic symbol of freedom, a majestic animal to be respected and revered — not captured and butchered — and they still see the horse as an indelible part of who we are as a people and as a nation. From the ranch to the riding stable, from Washington, D.C. to Hollywood, our voices still cry out for change — yet they have been met with silence.

Robert Redford and Return to Freedom urge you to join the fight to protect America’s wild and domestic horses by:

Contact your representatives in Congress and ask that they heed the will of the American people by passing the Safeguard American Food Exports (SAFE) Act (H.R. 1094/S. 541) to prevent horse slaughter from resuming in our country and to permanently stop the shipment of our wild and domestic horses to slaughter for other countries.

Sign up to receive alerts and updates from Return to Freedom