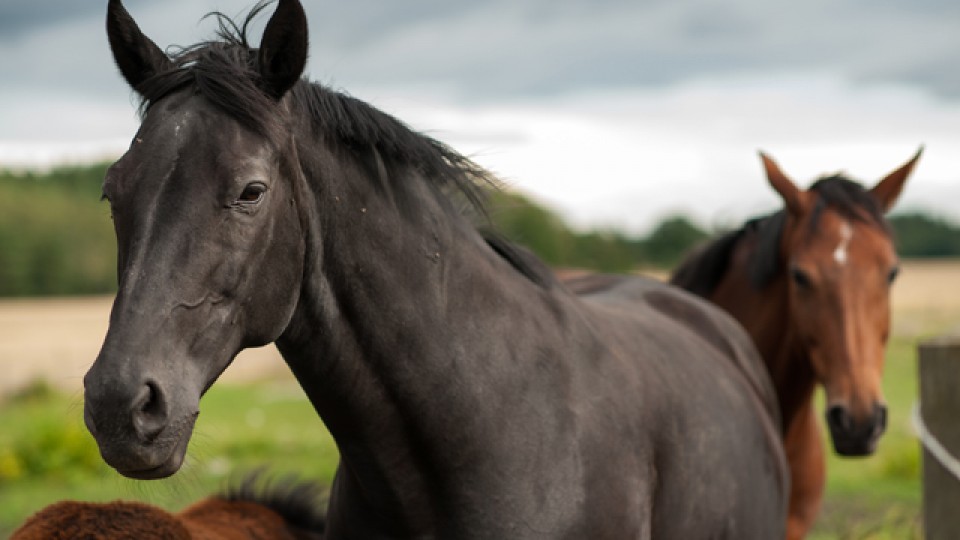 The Missouri Department of Natural Resources will help determine the fate of a proposed horse slaughter plant later this month, as state officials weigh a permit application that would allow the facility to begin processing equines in Gallatin.

With the deadline for a decision looming, officials with the company, Rains Natural Meats, say they are worried that political pressure will influence the process. Rains’ company representatives say DNR officials have already misinterpreted Missouri regulations in dealing with the horse slaughter issue.

But Gena Terlizzi, a DNR spokeswoman, said the agency has strictly adhered to state procedures. And she noted that Rains initially signaled it would not be slaughtering horses at the facility.

But attorneys for Rains say the state has never excluded horses in granting such permits, and they objected to the exclusion of equines.

“Horses have always been considered livestock under Missouri law and code,” said Blair Dunn, a New Mexico-based attorney representing Rains. But now, DNR officials have “got it into their heads” to treat horses differently, he said.

He suggested the decision was political. “The resistance in Missouri seems to come from the agency and therefore the governor,” Dunn said. The Humane Society of the United States “screams so loud it makes politicians nervous. They don’t want to get crosswise with them for fear of being attacked.”

Scott Holste, a spokesman for Gov. Jay Nixon, did not respond to questions about whether Nixon supports horse slaughter for human consumption. He referred questions to Terlizzi, the DNR spokeswoman, who said the matter was being handled in accordance with Missouri regulations and with no involvement from the governor’s office.

Bruce Wagman, an attorney for Front Range Equine Rescue, a horse advocacy group that has been fighting Rains’ efforts to secure a permit, said DNR was right to make the distinction between horses and other livestock.

Cows, pigs, and other animals are raised in a regulated environment with the knowledge that they will eventually be consumed by humans.

“The big difference with horses is they’re raised as our companion animals, or work animals, or race horses,” he said. Over the course of their lives, they’re often given “a whole bunch of drugs” without their owners thinking “this is going to be meat,” said Wagman.

Rains Natural Meats officials scoffed at this, saying any horses they purchase for slaughter will be tested for drugs, following federal guidelines.

“We only work through certified horse buyers, and they will not get their money for those horses until they have a clean test,” said David Rains, vice president of the company. And he said it would be “bad business” for him to sell meat with traces of pharmaceuticals.

In November, Rains amended its application and asked for a new permit with no exclusions. The state has until Jan. 26 to rule on the new application.

“If the new general operating permit issued to Rains by DNR in late January contains language prohibiting equine processing, it will be a clear indication to many that Jay Nixon and (Attorney General) Chris Koster are not friends of farmers, ranchers and the agriculture business in Missouri,” said Dan Erdel, another attorney representing Rains.

David Rains has said he thinks there will be a significant domestic and foreign market for his company’s horse-meat products. “There’s going to be a surprising domestic market, and there is an export market,” he said in a June interview. “There’s some interest on the zoo side, too.”

If Rains and the other companies open their doors, it will be the first time horses have been slaughtered for human consumption since 2007. Congress paved the way for the resumption of horse slaughter in 2011, by lifting a ban first enacted in 2006 that barred the Agriculture Department from using federal funds to inspect any meat processing plants that slaughter horses. Plants that are not inspected by the USDA cannot ship meat across state lines, so that 2006 provision effectively ended domestic horse slaughter.

In the wake of Congress’ move to lift the ban, the Humane Society and other groups quickly mounted legal challenges and began lobbying Congress for a permanent ban on horse slaughter. A federal court recently lifted an emergency injunction blocking Rains and two other companies – one in Iowa and the other in New Mexico – from processing horses for meat.

Animal-rights groups have argued that slaughtering horses is inhumane and unnecessary. But supporters say slaughter is a good end-of-life option for horses whose owners no longer need or want them. They say the ban led to an increase in abandoned and neglected horses in Missouri and elsewhere.

Rains is also waiting to receive a federal permit from the USDA’s Food Safety Inspection Service. A spokeswoman for the USDA did not return a message asking about the status of Rains’ federal application.