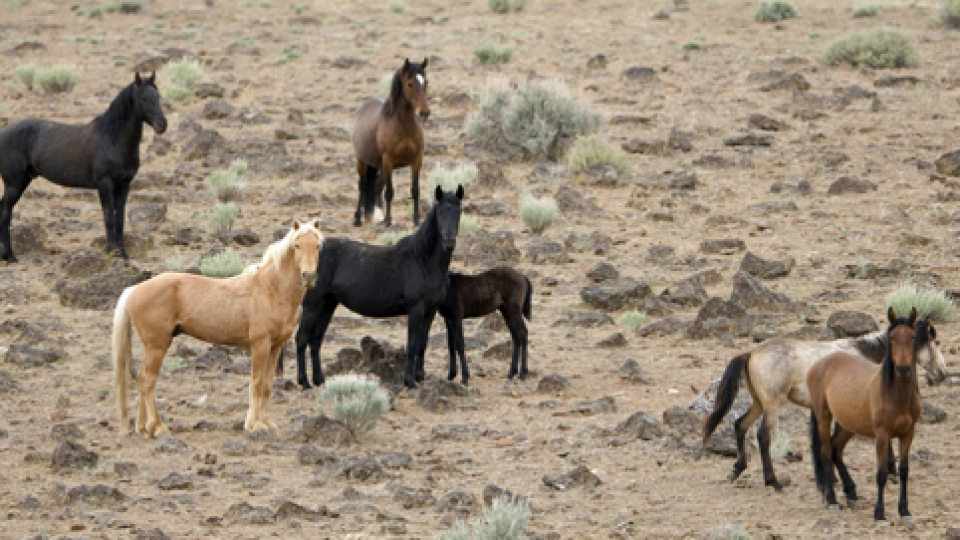 The Nevada Department of Agriculture is reaching out to residents who may be interested in adopting wild horses captured in the Virginia Range near Reno. Deniz Bolbol, Communications Director for the Return to Freedom American Wild Horse Preservation Campaign, which handles the adoptions, said 15 of the animals recently were rounded up and are being housed at the Carson City prison.

According to the Agriculture Department, the horses are captured after they pose a public safety concern. Bolbol said that means they probably have wandered into an inhabited area, which likely was part of the horses’ natural range for many centuries. She said the Return to Freedom organization is working on a deal with the state to help preserve horse range while protecting the public interest.

“To keep the horses on the range, but at the same time keeping the horses out of areas that the Department of Agriculture doesn’t want the horses going into, such as neighborhoods,” she said. “We’re working to secure that cooperative agreement with the state of Nevada as we speak.”

Adopting a wild horse from the state costs $125, but Bolbol said that’s probably the cheapest part of owning the animal. Shoeing, feeding, training, and veterinary expenses also need to be considered before making the adoption decision, she said, adding that Nevada’s wild horse population could be as high as 10,000 animals.