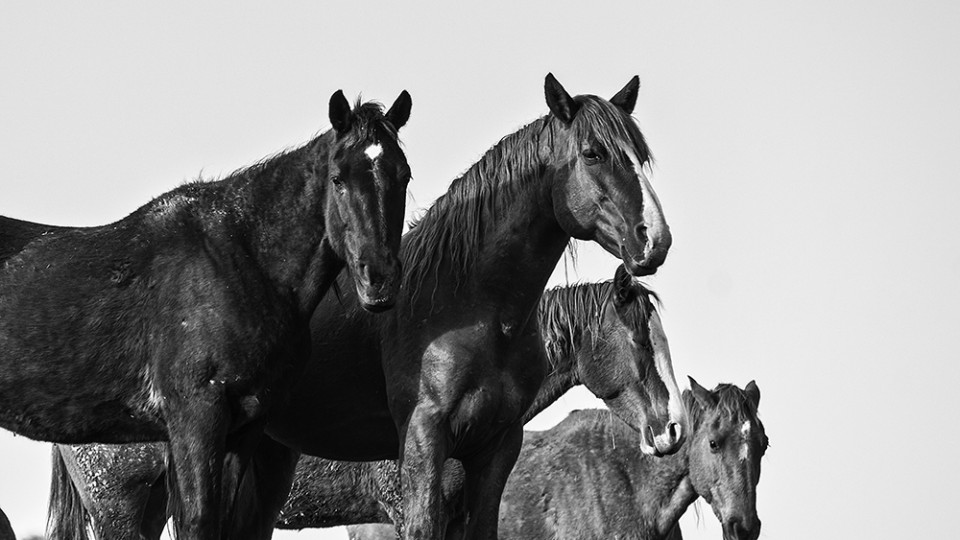 Sacramento, CA (April 15, 2014) …. Today, the American Wild Horse Preservation Campaign (AWHPC), a national coalition, and its founding organization, Return to Freedom, responded strongly to the Bureau of Land Management’s (BLM’s) National Wild Horse and Burro Advisory Board recommendation that the agency focus on range damage caused by wild horses instead of the damage caused by private livestock, which dominate western public lands. The recommendation was made today at the end of a two-day meeting of the Advisory Board in Sacramento, CA.

Despite three years of drought and the worst drought on record hitting western states, the BLM continues to allow private livestock to graze on public lands where wild horses are facing extreme range conditions.

“The BLM Advisory Board is dominated by ranching interests that are scapegoating wild horses for range damage caused by private livestock, which outnumber wild horses by at least 50 to 1 on our western public lands,” said Deniz Bolbol, AWHPC spokesperson. “We call upon the BLM to immediately close wild horse and burro habitat areas to livestock grazing and to develop a comprehensive program, including water hauling, to secure water sources to prevent suffering of these federally-protected animals in the upcoming summer months.”

“Wild horses are fenced in, fenced out, forced to live under unnatural conditions and given the scraps of forage in designated habitat areas after BLM has allocated the vast majority to livestock,” said Neda DeMayo, founder and president of Return to Freedom (RTF), AWHPC’s founding organization. “They’re being set up for crisis by BLM’s failure to require reductions to or elimination of livestock grazing in designated wild horse and burro habitat areas. National polls demonstrate that Americans strongly support protecting wild horses on public lands. It’s time for the BLM to start managing the public lands in the interests of all Americans.”

DeMayo noted that federal regulation authorizes the BLM to reduce or eliminate livestock grazing in order to make forage available to wild horses and burros in designated HMAs.

AWHPC and RTF also charged the BLM with failing to use available fertility control and forcing a crisis that could lead to the slaughter of wild horses. In doing so, the BLM is ignoring the June 2013 findings of the National Academy of Sciences (NAS) review of the federal wild horse and burro program. The NAS found that:

“… addressing the problem immediately with a long-term view is probably a more affordable option than continuing to remove horses to long-term holding facilities. (p. 13-14)

Return to Freedom, a national non-profit dedicated to wild horse preservation through sanctuary, education and conservation, operates the American Wild Horse Sanctuary in Lompoc, CA and is AWHPC’s founding organization.