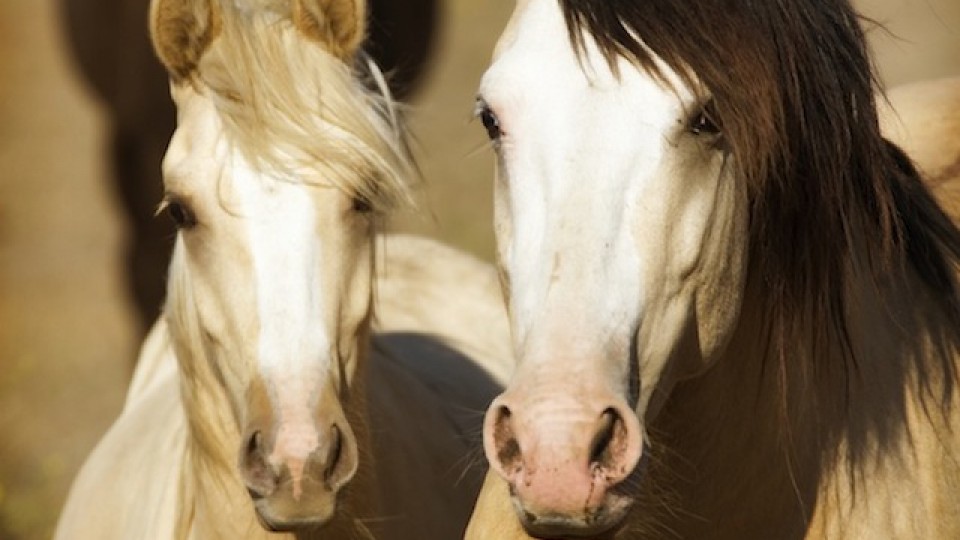 FLAGSTAFF, Ariz. — The Navajo Nation and a group founded by former New Mexico Gov. Bill Richardson and actor Robert Redford said Thursday they have agreed on a plan to manage thousands of wild horses on the reservation and keep the animals from being sent to slaughter houses.

The memorandum of agreement calls for adoptions, triages, veterinarian services, sanctuaries and funding to feed the animals. Richardson said it will result in a long-term, humane solution to an overpopulation of horses on the vast, remote reservation that has few financial resources.

Navajo President Ben Shelly reversed his support for a return to domestic horse slaughter and halted wild horse roundups on the reservation after meeting with Richardson last October. He said Thursday that horses are sacred to the Navajo people and must be managed responsibly.

Critics of the roundups on the Navajo Nation had complained that the tribe ran down horses to the point of injury, separated mares from foals and took domestic horses from their owners. Off the reservation, public outcry over alleged abuse during roundups of thousands of mustangs prompted the U.S. Bureau of Land Management to issue new policy directives emphasizing compassion and concern for wild horses on federal lands in the West.

The Navajo Nation has estimated that some 75,000 feral horses are drinking wells dry and causing ecological damage to the drought-stricken range — a figure that has been questioned as being too high. The tribe was rounding up and selling horses, knowing that some likely would make their way to horse slaughter plants south of the border.

Under the agreement with the Foundation to Protect New Mexico Wildlife, the Navajo Nation no longer will make public statements in support of horse slaughter. The tribe said it will stop sending horses to slaughter facilities or selling them to people who do after sufficient money is obtained for a humane horse management program. The agreement does not list a dollar amount or a timeframe, but Richardson said “we look forward to getting right to work.”

Two Navajo groups said that management approach was unacceptable because it continues to allow for horse slaughter as a way to manage herds. The groups said they will be watching closely to ensure that Navajos’ cultural and traditional ties to horses are reflected in any management plan.

“While not all of these concerns have been addressed to date, the Navajo Nation’s willingness to enter into the MOU is an important first step in ensuring that horse (and) range management decisions will be more humane and better informed going forward,” said Howard Shanker, an attorney for the groups.

The tribe isn’t currently conducting roundups, according to its Department of Agriculture.

A formal signing of the agreement is planned this summer in the tribal capital of Window Rock with Richardson and Redford, and is set to expire a year from that date. A number of animal welfare groups have pledged support.

“The Navajo Nation’s efforts to create humane horse management programs will serve as a model for other tribes and will be a source of pride for the entire tribe for years to come,” said Stephanie Boyles Griffin of the Humane Society.

Richardson and Redford created the Foundation to Protect New Mexico Wildlife last year to fight efforts by a Roswell, New Mexico, company and others to slaughter horses.