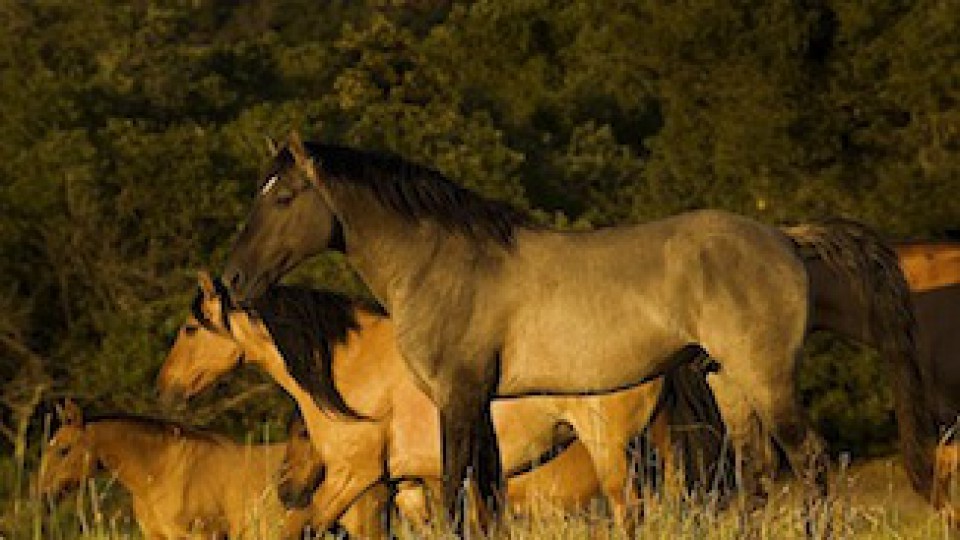 The American Wild Horse Preservation Campaign, its parent organization Return to Freedom, and its coalition partner, The Cloud Foundation, have written to Governor Gary Herbert over comments attributed to him late last month over wild horse management.

Herbert, whose comments were reported on Utahpolicy.com, suggested Utah should take over the management of wild horses and burros on federal lands in the state and even raised the possibility of euthanizing a number of animals to keep ranges open for cattle grazing.

Herbert said he understood how some people were frustrated with federal land managers, among them ranchers who are being told they can no longer run cattle on federal lands, or are having to reduce numbers because of drought and wild horse numbers.

“The range can’t support so many animals,” said Herbert, who asserted wild horses and burros were “breeding like rabbits.”

“We [state government] would find a way to manage that [horse/burro] population,” he said.

“It would not be popular to take down some horses, but we euthanize cats and dogs.”

An aggressive spay and neuter program was needed for wild horses and burros, he suggested.

The number of wild horses paled in comparison to the number of privately owned livestock grazing on federal land in Utah, the groups said.

They said livestock grazing occurred on 22 million acres of land under the control of the Bureau of Land Management in Utah, while wild horses were restricted to just 2.1 million acres.

Fewer than 3,500 wild horses are estimated to live on bureau land in Utah (one horse per 600 acres), while hundreds of thousands of sheep and cattle graze the public rangelands there.

They said the bureau allocated 55 times more forage to privately owned livestock in Utah than to federally protected wild horses.

The letter, signed by Suzanne Roy, Neda DeMayo, and Ginger Kathrens, said: “Given the scarcity of wild horses in your state and the small amount of federal land designated as their habitat, your focus on these nationally cherished animals is simply not justified.

“Please do not attempt to scapegoat wild horses for the damage to our public rangelands caused by livestock; the facts are clearly not on your side if you do.”

They continued: “America’s wild horses and burros are the heritage of all Americans, and Americans overwhelming support maintaining and protecting these animals on our public lands.

“America’s wild horses and burros must be managed in the interest of all Americans, not the few who view mustangs as competition for cheap, taxpayer-subsidized grazing on our public lands.

“National polls demonstrate solid public support for protecting wild horses and burros on our public lands and strong opposition to the slaughter of horses for human consumption.

“By contrast, only 29 percent of Americans want to ensure that our public lands are available for livestock grazing.

“At the same time, the number of wild horses in Utah is dwarfed by the huge number of privately owned cattle and sheep that graze the public rangelands.”

Ranchers in Utah and other areas of the West grazed their livestock on public lands for fees that are a fraction of the market rate, thanks to tax subsidies.

“If you continue to recommend that the state take over management of wild horses (something that would violate federal law), we trust that you will also recommend to Utah ranchers that they reject federal subsidies and instead pay market rate to graze livestock on the lands at issue.”