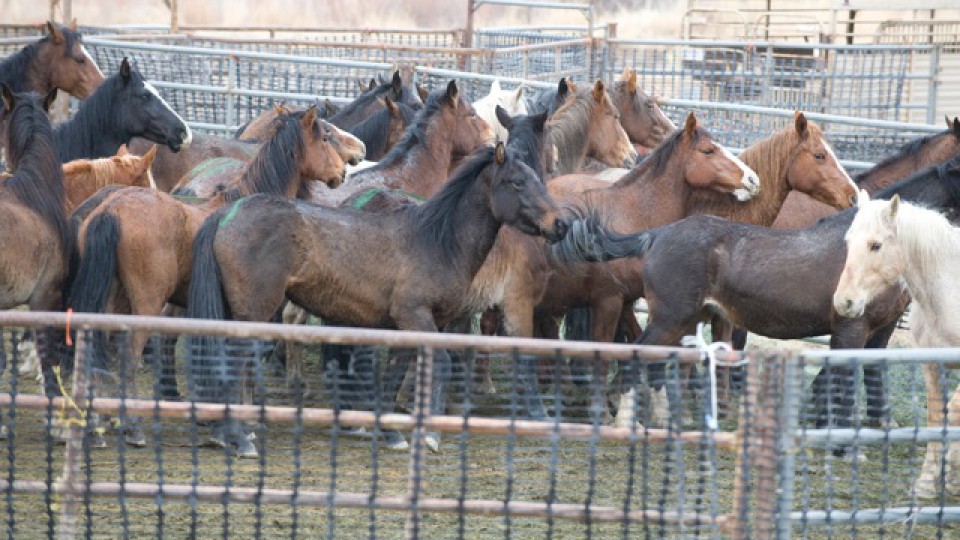 Washington, DC (July 9, 2014)…..The American Wild Horse Preservation Campaign (AWHPC), a national coalition, today reacted to the U.S. Bureau of Land Management’s (BLM’s) release of its 2014 wild horse and burro roundup schedule by using the agency’s own statistics to belie its claims that wild horses are overpopulating the West.

“The problem is not wild horse overpopulation, it is the vast overrunning of our public rangelands by privately-owned livestock,” said Suzanne Roy, AWHPC director. “The BLM itself admits that the vast majority of forage resources in designated wild horse and burro habitat is allocated not to these federally-protected animals, but rather to privately-owned livestock.”

As evidence, AWHPC released a BLM email revealing that 77 percent of forage in designated wild horse and burro Herd Management Areas (HMAs) is allocated to livestock. The agency’s wild horse and burro “Appropriate” Management Levels, therefore, do not represent the carrying capacity of the land for these animals, but rather the number of horses the BLM has decided to allow in HMAs after giving most of the forage to livestock.“

At the same time, wild horses and burros are restricted to just 17 percent of BLM land available for livestock grazing.

“The hyper-focus on mustang numbers is a concerted effort to scapegoat wild horses and distract attention away from the massive level livestock grazing that is occurring on our public lands at great expense to the environment, wildlife (including wild horses) and taxpayers, who subsidize the below-market grazing fees that ranchers enjoy,” Roy concluded.

AWHPC also took aim at the BLM for ignoring the recommendations of the National Academy of Sciences (NAS) in a June 2013 report on the wild horse and burro program.

“The BLM already warehouses more wild horses in holding facilities than remain free in the wild. The agency’s plan to remove thousands more mustangs and burros from the range makes no ecological, scientific or fiscal sense,” said Deniz Bolbol, AWHPC communications director. “Instead the government should follow the recommendations of the National Academy of Sciences by implementing fertility control and addressing issues relating equity in resource allocation on the range.”

In its report, the NAS concluded that “continuation of ‘business as usual’ practices will be expensive and unproductive for the BLM and the public it serves.” The expert scientific panel also found that the BLM’s management practices were “facilitating high rates of population growth” and increasing the number of animals processed through holding facilities. After a nearly two-year review, the NAS concluded that BLM’s Appropriate Management Levels were “not supported by scientific information.”

Numerous of the BLM’s proposed 2014 roundups are being scheduled to appease ranchers, including:

“The BLM’s policies are leading to mass destruction of America’s wild horses,” Roy concluded. “It’s long past time for the Obama Administration stop kowtowing to ranching interests and start listening to scientists and the American public, both of which strongly believe there is a better way to protect these national icons and preserve them for future generations.”

The American Wild Horse Preservation Campaign (AWHPC) is a coalition of more than 60 horse advocacy, public interest, and conservation organizations dedicated to preserving the American wild horse in viable, free-roaming herds for generations to come, as part of our national heritage. AWHPC was founded by Return to Freedom, a national non-profit dedicated to wild horse preservation through sanctuary, education and conservation. RTF operates the American Wild Horse Sanctuary in Lompoc, CA and is AWHPC’s parent organization.