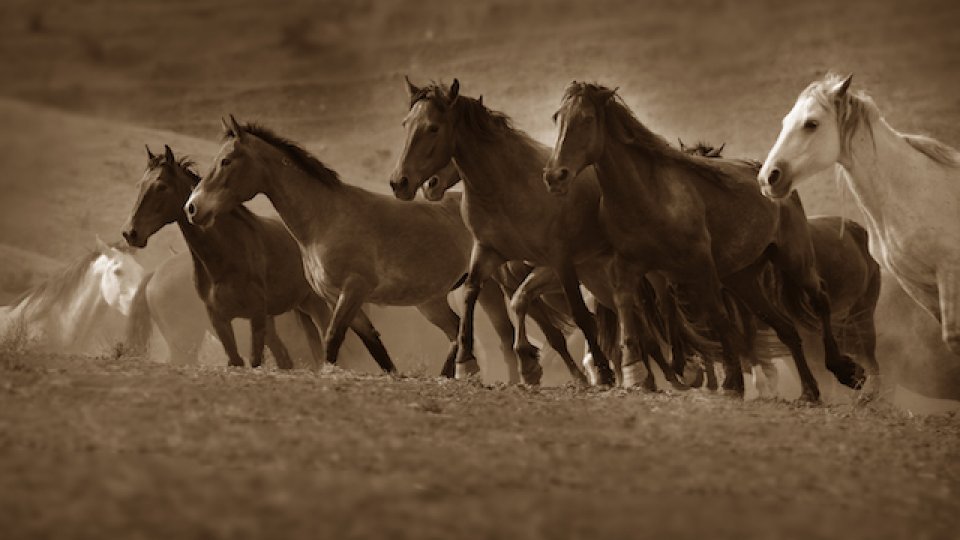 Lompoc, CA, August 17, 2014 — Return to Freedom and the American Wild Horse Preservation Campaign today issued the following statement in response to the BLM’s disclosure that 57 wild horses perished from stress and age after the agency relocated 1,493 wild horses from a long-term holding pasture in Kansas to holding pens in Scott City, Kansas.

“The tragic deaths of these horses are the expensive and needless results of the brutal and unsustainable federal wild program,” said Neda DeMayo, founder and president of Return to Freedom. “This is unacceptable when there are effective, responsible and humane alternatives available to keep wild horses wild on the range, but the BLM consistently refuses to implement them.”

“The BLM’s treatment of wild horses is inhumane and far below the standard that Americans expect and demand for these federally protected and iconic animals,” said Suzanne Roy, director of the American Wild Horse Preservation Campaign. “This is a graphic example of why this federal program is irreparably broken and in need of reform.”

The horses in question were rounded up by helicopter from public lands in the West and stripped of their freedom and families. After being held for several years in feedlot pens, they were trucked off to holding pastures in the Midwest, only to be rounded up and sentenced again to feedlot-like conditions. The trauma and stress apparently caused the deaths of at least 57 of the horses.