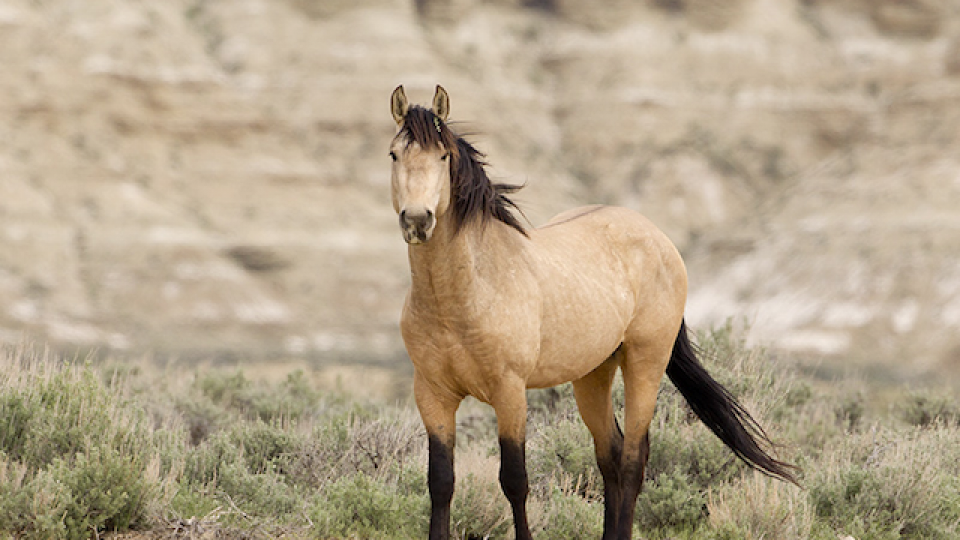 Late yesterday, the U.S. District Court in Wyoming granted an emergency injunction to delay until September 12 the Bureau of Land Management’s (BLM’s) planned roundup of more than 800 wild horses from public and private lands in the Adobe Town, Salt Wells Creek and Great Divide Basin Herd Management Areas (HMAs) in an area known as the Wyoming checkerboard.

The injunction allows the American Wild Horse Preservation Campaign, The Cloud Foundation, Return to Freedom and wild horse photographers, Carol Walker and Kimerlee Curyl, the opportunity to appeal the district court’s denial of a motion for a Preliminary Injunction to stop the roundup, which was also issued late yesterday.

In response to the rulings, the plaintiffs issued the following statement:

We are pleased that the district court in Wyoming has temporarily enjoined the roundup, but are disappointed in the court’s denial of our longer-term preliminary injunction request. This decision illegally elevates the interests of a small group of private landholders and ranchers over the broader interest of the American public and our federally protected wild horses.

We look forward to the opportunity to challenge this decision in the U.S. Court of Appeals for the Tenth Circuit. The ruling fails to hold the BLM to account for its flagrant violation of the National Environmental Policy Act and the Wild Free-Roaming Horses and Burros Act. Over 40,600 citizens have signed a petition opposing this wild horse roundup. Their voices are being ignored as the BLM marches to the tune of the Rock Springs Grazing Association, whose members view America’s cherished wild horses as competition for cheap, taxpayer-subsidized livestock grazing on our public lands.

We are hopeful that the Tenth Circuit will reverse the district court’s decision to allow the BLM to trounce federal law and the will of the people by proceeding with this unprecedented wild horse roundup without even attempting to comply with governing laws on federally protected public land. At stake is the integrity of well-established laws that govern the BLM’s management of our public lands.

The groups filed suit on August 1 to block the BLM from proceeding with the roundup. For more information on the legal action, please click here.

The Cloud Foundation (TCF) is a non-profit organization dedicated to the preservation and protection of wild horses and burros on our Western public lands with a focus on protecting Cloud’s herd in the Pryor Mountains of Montana. Cloud is the subject of Foundation founder Ginger Kathrens’ groundbreaking PBS/Nature documentaries.