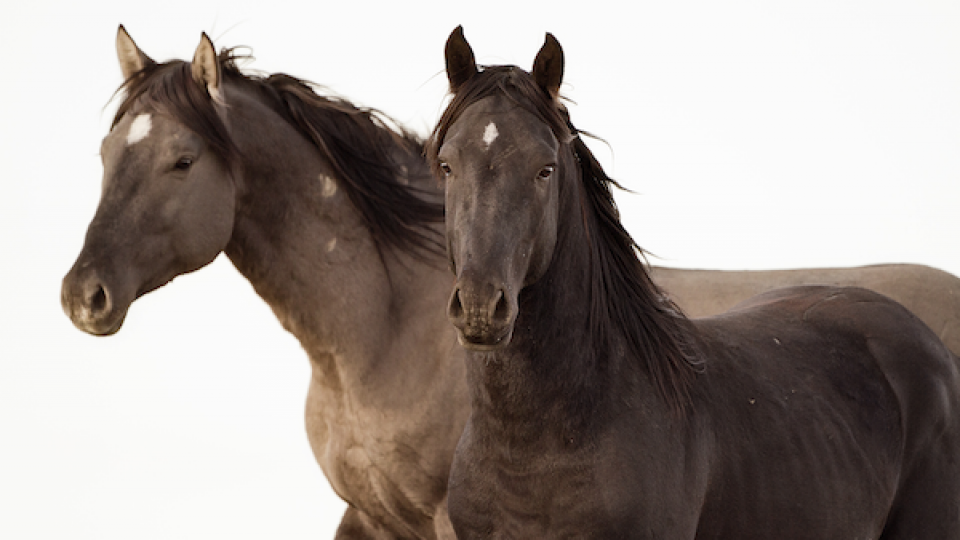 Yesterday evening, the American Wild Horse Preservation Campaign (AWHPC), The Cloud Foundation, Return to Freedom and wild horse photographers, Carol Walker and Kimerlee Curyl, filed an emergency motion with the U.S. Court of Appeals for the Tenth Circuit to block a Bureau of Land Management (BLM) wild horse roundup in the Wyoming Checkerboard proposed for this month.

The appeal to the Tenth Circuit was filed after a flurry of activity in the lower court in Wyoming yesterday, where the U.S. District Court vacated a temporary emergency injunction of the roundup because BLM agreed to voluntarily delay the action until at least September 12 to allow the Court of Appeals time to consider AWHPC’s injunction motion.

The roundup, which targets over 800 wild horses for removal from public and private lands in the Adobe Town, Salt Wells Creek and Great Divide Basin Herd Management Areas, has been twice delayed due to the lawsuit filed by the wild horse preservation groups and advocates on August 1, 2014. The action was originally scheduled to begin on August 20.

In the emergency appeal to the Court of Appeals, the plaintiffs state:

“It is undisputed that this proposed roundup will remove hundreds of wild horses from public lands and that BLM has not even purported to comply with any of the statutory requirements set forth by Congress in… the Wild Free-Roaming Horses and Burros Act…, which are mandatory prerequisites before a single wild horse may be removed from public lands. This is the first time in its more than four decades of implementing the [Wild Horse Act] that BLM has sought to remove wild horses from public land without first complying with the express statutory dictates of [the law] and without conducting any environmental analysis whatsoever under the National Environmental Policy Act.

Accordingly, the decision under review involves important legal questions…, the resolution of which will have profound implications for BLM’s future management of our nation’s federally protected wild horses.”

The groups are seeking an emergency injunction to delay the roundup until the Tenth Circuit has time to review their appeal of the district court’s August 29, 2014 decision denying their motion for a preliminary injunction to stop the roundup while the case against challenging the action was heard on the merits.

The BLM is seeking to wipe out federally protected wild horses from a two-million-acre swath of public and private land in southern Wyoming known as the Wyoming Checkerboard. The push to remove the horses is coming from the Rock Springs Grazing Association, whose members view the mustangs as competition for cheap, taxpayer-subsidized livestock grazing on the public lands in the checkerboard. In 2010, the government invited the ranchers to sue the BLM in order to secure funding for wild horse roundups. Two years later, BLM settled the case by capitulating to rancher demands to eliminate wild horses.

Retired BLM Wyoming official, Lloyed Eisenhauer, has stated that “because the wild horses have a statutory right to be there, whereas livestock only have a privilege that can be revoked at any time by BLM, there… is no authority or precedent, to my knowledge, for the agency to zero out these… longstanding wild horse herds simply to appease private livestock grazers.”

The Tenth Circuit has ordered BLM to respond to AWHPC’s emergency motion by Friday. A decision is expected no later than September 11, 2014.

For more information on the roundup and the legal action, please click here.

Return to Freedom (RTF) is a national non-profit dedicated to wild horse preservation through sanctuary, education and conservation, and also operates the American Wild Horse Sanctuary in Lompoc, CA. RTF is also the founding organization for the AWHPC.