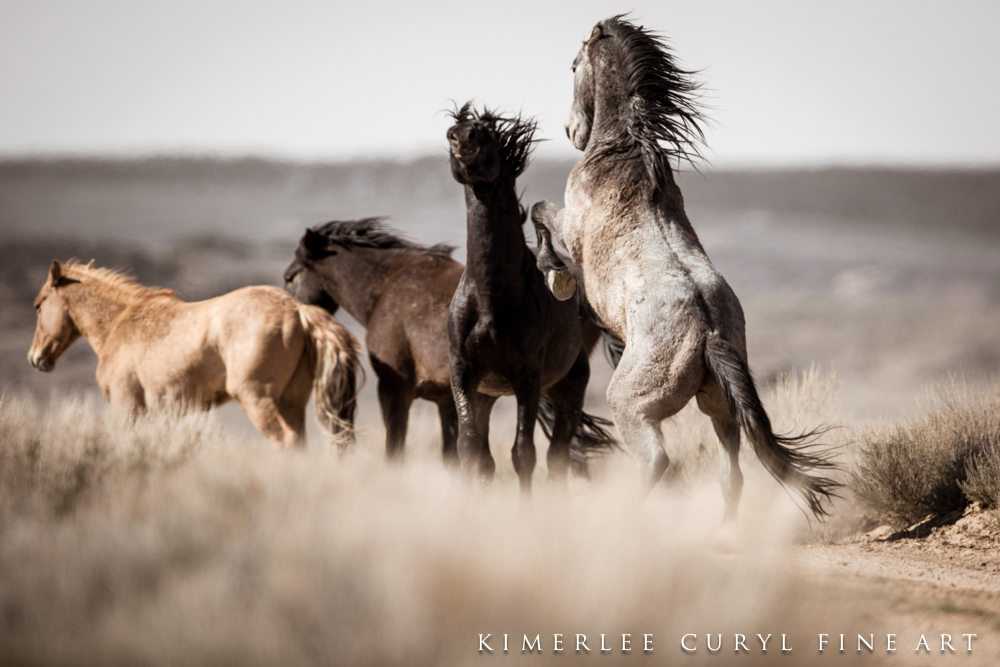 Campaign, The Cloud Foundation, Return to Freedom, and wild horse photographers Carol Walker and Kimerlee Curyl to intervene in a State of Wyoming lawsuit against the U.S Bureau of Land Management (BLM) over wild horse management. The lawsuit seeks the removal of hundreds of wild horses from public lands in Wyoming, a state in which fewer than 2,500 wild horses remain.

“Our clients wanted to intervene in the case to defend wild horses from the pro-ranching special interests and their allies in state government. Our clients’ goal is to prevent the federal government from acceding to their claims that the horses must be removed from the public lands to protect the private livestock that are allowed to graze on the same lands,” said Caitlin Zittkowski, of Meyer, Glitzenstein and Crystal, theWashington-DC based law firm that is representing the groups and individuals intervening in the case.
Last year, the BLM settled a similar legal attack by pro-ranching interests in Wyoming, agreeing to decimate nearly half of the state’s remaining wild horse population. This settlement was then used to justify the blatantly illegal roundup of 1,263 wild horses from three Herd Management Areas in Wyoming last fall, an action that is the subject of active litigation filed by the same organizations and individuals.

Under the current Administration, the BLM has rounded up so many wild horses that the number of mustangs stockpiled in government warehouses (nearly 50,000) now exceeds the number that remain free in the wild (under 40,000).

Statewide, Wyoming’s wild horse population levels are far below the high Appropriate Management Level of 3,722 wild horses, a number established by land use plans throughout the state.

The advocates maintain that the governor’s decision to expend public resources on a lawsuit against the BLM is ironic for a state with so few wild horses remaining, and one that promotes wild horses in tourism videos that tout Wyoming as a state that remains untamed, wild and free.

Carol Walker and Kimerlee Curyl are renowned wild horse photographers who regularly photograph the wild horses of the Adobe Town, Great Divide Basin and Salt Wells Creek HMAs. Walker is also a board member for the Wild Horse Freedom Federation.