Nevada Wild Horse Management Agreement Approved By Board of Agriculture 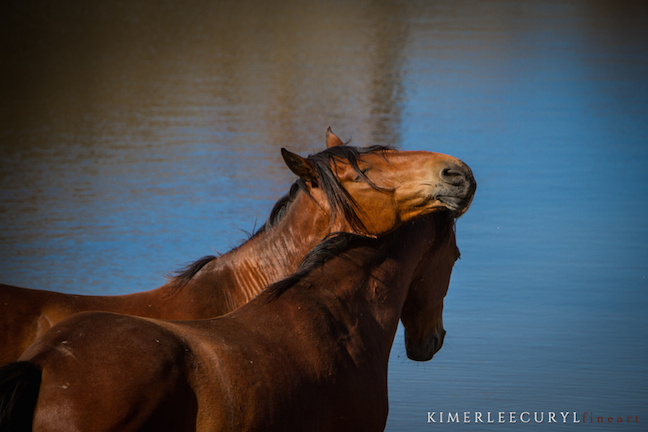 Carson City, Nevada – March 4, 2015 – Today, the Nevada Board of Agriculture voted eight to one approving a cooperative agreement between the Nevada Department of Agriculture (NDA) and Return to Freedom, the founding organization for the American Wild Horse Preservation Campaign (AWHPC), to humanely manage horses in the Virginia Range which encompasses more than 280,000 acres and more than 1,500 horses. This vote is the latest step in moving forward the largest ever private-public partnership that will benefit wild horses while at the same time improving public safety and benefiting Nevada taxpayers.

In March 2013 Return to Freedom entered into a cooperative agreement with the NDA that prevents any horses captured by the state from being sent to a slaughter auction with the understanding a management agreement would follow. The management agreement voted on by the Board of Agriculture enables participating advocacy organizations to take measures to prevent the capture and removal of horses from the wild.

“This has truly been a team effort to protect the Virginia Range horses and will serve as a model private-public partnership for the humane management of wild horses to keep these cherished animals free on the range where they belong,” said Deniz Bolbol, AWHPC spokesperson who has spearheaded the Virginia Range protection initiative working in concert with Nevada wild horse protection groups.

“This cooperative agreement for the on-the-range management of the Virginia Range mustangs is a win-win situation for Nevada taxpayers, advocates, and the horses. The wild horses of the Virginia Range are an important cultural and historic resource and it just makes sense that the local community would be proud to protect them here,” said Neda DeMayo founder and CEO of Return to Freedom. “”

The Virginia Range spans from Reno in the north, to Carson City in the south and Highway 395 to the west and Alternate Highway 95 to the east. The State has jurisdiction over the historic Virginia Range horses, who have roamed the northern Nevada mountain range near Reno for more than a century. Because they make their home on state, local and private land, instead of federal land, they are not protected under the federal Wild Free Roaming Horses and Burros Act, and are classified as “feral” or “estray livestock” by the NDA.

Return to Freedom is dedicated to preserving the freedom, diversity and habitat of America’s wild horses through sanctuary, national education and conservation, while enriching the human spirit through direct experience with the natural world. Return to Freedom provides a safe haven to over 360 wild horses and burros at its sanctuaries in Central Coastal California.