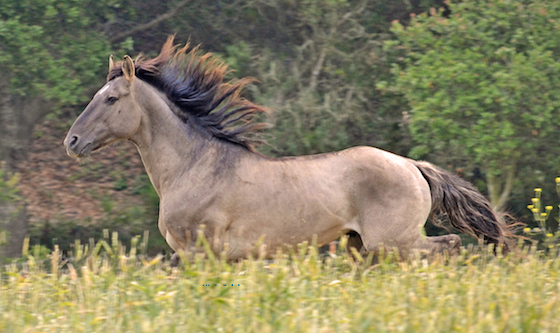 Salt Lake City, UT (March 24, 2015)…. Today, the U.S. District Court District of Utah will hear arguments on a Motion to Dismiss a Utah rancher lawsuit against the Bureau of Land Management (BLM) seeking to compel the removal of hundreds of wild horses from public and private lands in the state. The Motion to Dismiss was filed by the American Wild Horse Preservation Campaign (AWHPC), The Cloud Foundation, Return to Freedom, Utah photographer John Steele and wild horse advocate and adopter Lisa Friday, who were granted the right to intervene in the case last October.

Arguing the case for the intervenors will be Caitlin Zittkowski, attorney from Meyer, Glitzenstein and Crystal, a Washington-DC based public interest law firm.

The Utah case was filed by the Western Rangelands Conservation Association on behalf of ranchers who graze livestock on public lands in southwestern Utah. It seeks removal of hundreds of wild horses from the Frisco, Four Mile, Bible Springs, Sulphur, Muddy Creek, and North Hills Herd Management Areas (HMAs) and the Blawn Wash Herd Are (HA). In response, the government has informed the court that wild horses are not damaging rangelands in this area and that it has made no determination that “excess” wild horses exist in the HMAs and HA in question.

Return to Freedom is a national non-profit dedicated to wild horse preservation through sanctuary, education and conservation, and also operates the American Wild Horse Sanctuary in Lompoc, CA. It is also AWHPC’s founding organization.

Lisa Friday is a Virginia resident, wild horse adopter and board member for The Cloud Foundation.