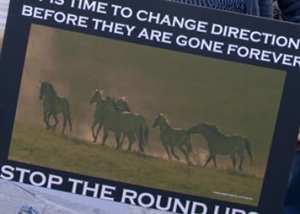 Return to Freedom and The American Wild Horse Preservation Campaign (AWHPC), are happy to announce the launch of AWHPC as an independent 501 C 3 nonprofit organization. 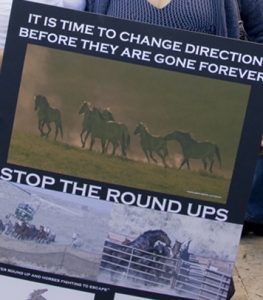 Return to Freedom created the AWHPC in 2004 to provide a unified voice and platform to advocate for America’s wild horses and burros. By 2006, wild horse advocacy was considered one of the most efficient grassroots movements in the nation. By 2010, the campaign was endorsed by a coalition of more than 45 horse advocacy, animal welfare, conservation, and public interest organizations.

AWHPC operated as an independent project of Return to Freedom, which was its fiscal sponsor.  Over the past six years, the Campaign has garnered significant support to become a stand-alone organization with shared goals for wild horse preservation.

Neda DeMayo, founder of Return to Freedom and AWHPC, and Virginie Parant, Esq., AWHPC co-founder, will join the new AWHPC Board of Directors. The two organizations will continue to work collaboratively together to secure increased protections for wild horses and burros in the coming years.

“The AWHPC is part of Return to Freedom’s legacy. It has been an integral part of our advocacy arm since its founding in 2004. I am proud of the achievements it has made, and will continue to make, for wild horse preservation,” said DeMayo.

“We look forward to continuing the Campaign’s significant grassroots growth and to working with Return to Freedom and our other coalition partners to make real strides for the protection of wild horses and burros in the coming years,” said Suzanne Roy, AWHPC director.