Cattle grazing is a climate disaster, and you’re paying for it 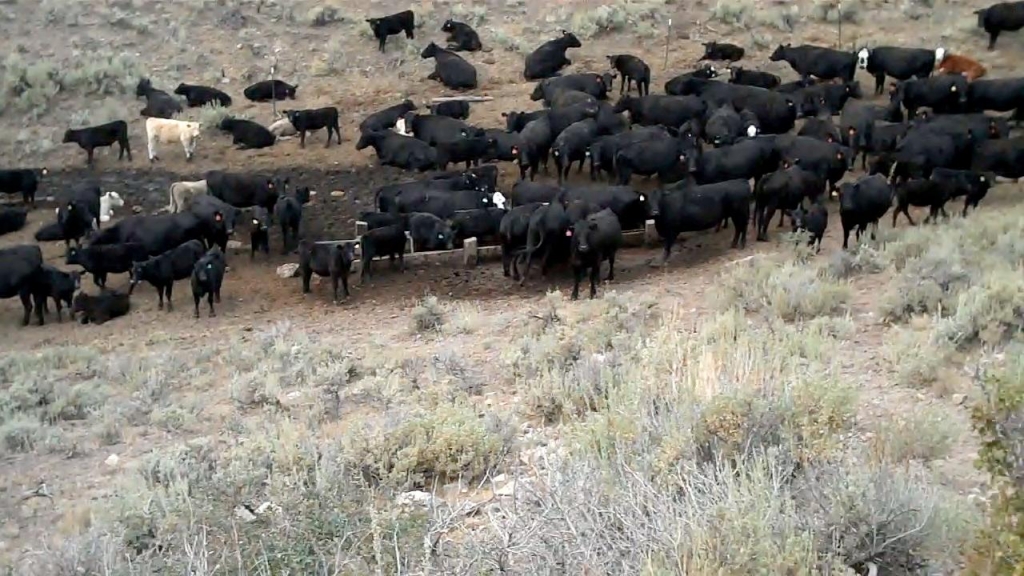 The rules governing cattle grazing on federal lands are so obscure that your average climate change correspondent hasn’t given much thought to them. But now that a gang of pathetic losers with guns has occupied a federal wildlife sanctuary in Oregon to gripe about the federal government’s audacity to set rules for how ranchers use publicly owned land, it’s worth taking a look at this policy.

As it turns out, ranchers using federal land, like the Bundy family that is leading the occupation and the Hammond family in whose name they took up arms, are recipients of massive federal subsidies for activities that exacerbate climate change and damage sensitive ecosystems. It’s time the taxpayers stopped indulging these whiny welfare queens and kicked them off the dole.

Why this land matters to the climate

Grasslands are, like trees, essential carbon sinks. Shrubs and grasses breathe in carbon dioxide and thereby regulate atmospheric concentrations of carbon. Loss of grasslands contributes to rising rates of carbon in the atmosphere and therefore to global warming. These lands are also important habitats for threatened species and their ruination contributes to the ongoing massive loss of biodiversity. Only 5 percent of the original grasslands in the U.S. remain.

Climate change can cause the degradation or loss of grasslands because drought and heat waves damage or kill plants. This problem is currently plaguing the West. And, in a vicious cycle, that contributes even more to climate change.

Putting cattle on these grasslands just leads to more problems: The livestock can rip plants to shreds, push other species toward extinction, and turn the land to dust. According to the Center for Biological Diversity, “In the arid West, livestock grazing is the most widespread cause of species endangerment.” The group explains: “Cattle destroy native vegetation, damage soils and stream banks, and contaminate waterways with fecal waste. After decades of livestock grazing, once-lush streams and riparian forests have been reduced to flat, dry wastelands; once-rich topsoil has been turned to dust, causing soil erosion, stream sedimentation and wholesale elimination of some aquatic habitats; overgrazing of native fire-carrying grasses has starved some western forests of fire, making them overly dense and prone to unnaturally severe fires.”

In 2012, a study by Oregon State researchers found that climate change is worsening environmental stressors on Western grasslands, and therefore the federal government should consider reducing or eliminating livestock grazing on public lands.

At the core of this current kerfuffle in Oregon is a dispute over the penalty for ranchers who illegally set fire to federal grassland. The militants who took over the wildlife sanctuary think the prison sentence set forth in federal law is inherently invalid. But from a climate perspective, the behavior at issue is totally unacceptable.

In the face of an overwhelming climate crisis, you would think the federal government would make preserving and protecting these carbon sinks the overriding purpose of its land management. You would be wrong. Instead, the government leases out 270 million acres of public land in the West for livestock grazing. It’s just as outrageous as leasing out public land for coal mining and oil drilling.

How cattle hurt the climate

Even aside from their impact on grasslands, cattle are terrible for the climate.
Cows emit methane — a greenhouse gas that is 86 times more damaging than carbon over 20 years — when they burp, fart, or poop. As CNN recently noted, “14.5% of all greenhouse gas pollution can be attributed to livestock, according to the U.N. Food and Agriculture Organization, the most reputable authority on this topic. And a huge hunk of the livestock industry’s role — 65% — comes from raising beef and dairy cattle.” A pound of beef has about the same carbon footprint as driving an average American car 70 miles.

This is far worse than most foods. The Environmental Working Group found that beef has the second highest carbon footprint of any common food after lamb. Pound for pound, it is twice as bad for the climate as cheese and pork, four times worse than chicken, and more than 14 times worse than broccoli.
And that’s not even considering the other unsustainable aspects of beef, such as using land and water much less efficiently than plants or chickens to produce food. There’s just no reason for our government to actively promote cattle raising and beef.

Taxpayers are subsidizing these ranchers

If the federal grazing-lease program were enormously profitable, and the profits were put to some good use, then there would at least be a counterargument in the program’s favor.
Instead, the program is a big money-loser — a giant taxpayer subsidy for an environmentally destructive industry. As FiveThirtyEight points out, “In 2012, the [federal government’s] fees for grazing were 93 percent cheaper than the average market rate in 16 Western states ($1.35 versus $20.10 per AUM, which is a fancy acronym for the amount of land needed to support a cow and her calf for a month).” These minimal grazing fees are the same ones Bundy family patriarch Cliven Bundy refuses to pay.

The Center for Biological Diversity calculates that below-market grazing fees amount to a direct subsidy to ranchers of more than $100 billion per year, and that indirect subsidies such as federal predator control programs that protect livestock may add up to $300 billion.
Keith Nantz, a rancher in Oregon, wrote Friday in The Washington Post that “many ranchers must lease [federal land] to create a sustainable operation.” By “sustainable,” he means profitable, not eco-friendly. If it’s unprofitable to raise cattle on private land, why is it the taxpayers’ responsibility to bail him out? Some things are worth taxpayer dollars: education, national defense, health care. But beef?

What should we do?

The public should use the land it owns not for subsidized, carbon-intensive economic activities like cattle grazing and fossil fuel development, but for climate change mitigation and adaptation and habitat preservation.

OK, here’s my counter-offer: Nothing. You don’t like being told where, when, and how to graze your cattle on public land? Then get them off public land. The ranchers frame their complaint as being about government overreach, but what they really object to is federal policies that balance their interests with others’.

The Bundys, their compatriots, and the politicians who kiss their asses, like Rand Paul and Ted Cruz, argue that states and individuals should be able to misuse grasslands ad infinitum. But if the federal government were to hand them over to anyone, the morally and ecologically responsible recipients would be the Native Americans from whom this land was originally stolen in the first place, not a rentier class of entitled white men who want to exploit it.