Hillary Clinton wants you to know what she thinks about animals 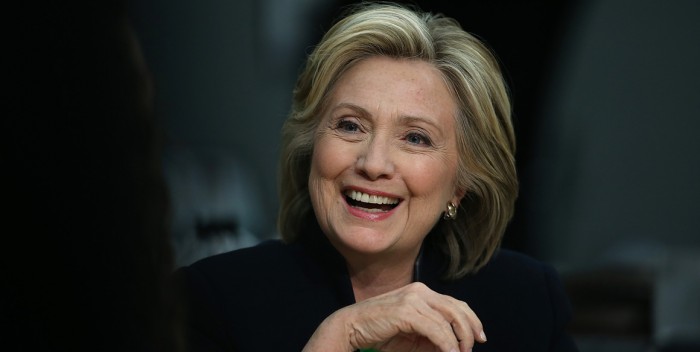 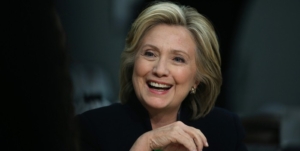 First Published in the Washington Post/Animalia

By Karin Brulliard May 10

Hillary Clinton has 31 “issues” listed on her official campaign website, arranged alphabetically from “Alzheimer’s disease” to “workforce and skills.”

Last week, she added another: “Protecting animals and wildlife.”

Clinton is known for being pretty wonky, so the addition of yet another policy statement isn’t terribly surprising. And there’s nothing very groundbreaking in it: Clinton calls for ending the slaughter of horses for human food (which doesn’t happen anymore in the United States), stronger regulation of puppy mills, rescue plans for zoo animals in case of natural disaster and fighting wildlife trafficking.

But the inclusion of this particular topic is certainly a sign of times. Americans’ concern about – some might say obsession with — animals is growing, and politicians and corporations are increasingly taking notice.

A 2015 Harris poll found that most Americans consider their pets to be part of the family. A growing minority thinks animals should have the same rights as humans, according to a 2015 Gallup poll, while a majority is “very or somewhat concerned” about animals at research labs, circuses, zoos and, to a lesser extent, farms that raise them for food.

“Animal rights have been top of mind for Americans in recent years because of an increasing number of films and news stories depicting the poor treatment of animals,” Gallup said in a statement on the poll.

The changing public attitudes have helped drive some major corporate changes in recent years, as Humane Society president Wayne Pacelle argues in his new book, “The Humane Economy.” Hundreds of companies, including behemoths such as McDonald’s and Walmart, have vowed to use only eggs laid by chickens that aren’t caged and buy pork from suppliers that don’t confine pregnant pigs in cramped stalls known as “gestation crates.” SeaWorld has ended orca breeding, and Ringling Bros. has retired its circus elephants. Giorgio Armani has sworn off fur.

Politicians also need to start thinking about animal welfare — if they don’t already, said Rep. Earl Blumenauer (D-Ore.). He is the co-chair of the Congressional Animal Protection Caucus, whose members highlight issues and legislation affecting animals.

“This is one of the most important political movements that no one thinks about,” Blumenauer said. “It’s gone mainstream.”

Animal welfare remains an issue more heartily embraced by Democrats, however, who tend to be less tight with farming and gun-rights groups that are often at odds with animal- and wildlife-protection organizations. The caucus Blumenauer chairs has 128 members, but only 19 are Republicans, according to his office.

So it’s probably not surprising that both Democratic presidential candidates get high marks from the Humane Society of the United States for their records on animal issues.

As a senator for eight years, Clinton twice earned 100 percent ratings on the organization’s “Humane Scorecard,” which rates members of Congress based on their voting records on animal protection legislation; other years she was in the 70s and 80s. The organization praised her for co-sponsoring bills to crack down on puppy mills, speaking out against slaughtering sick cows for use in school lunches and, as secretary of state, for launching a campaign against the illegal ivory trade. As first lady, it noted, she also took Socks the cat on visits to schools and hospitals.

Vermont Sen. Bernie Sanders has also been a “steady and consistent supporter of animal protection,” the Humane Society Legislative Fund’s president, Michael Markarian, wrote in a blog post in January. He started out with lower scores on the “Humane Scorecard” while in the House, but in recent years he’s earned a few 100s in the Senate, where he has co-sponsored legislation on protecting pets in situations of domestic violence and making malicious animal cruelty a felony. Defenders of Wildlife also gives Sanders a 100 percent lifetime rating for “pro-conservation” votes.

Sanders’s official website doesn’t include an animal welfare statement, but a group supporting him, Feelthebern.org, has published a summary of his positions. It calls him “an advocate of animal welfare and ensuring animals’ humane treatment.”

As for Republican candidate Donald Trump? He doesn’t have a voting record to look at, and his website doesn’t address the topic.

But there are a few somewhat ambiguous hints from his past. In 1993, Trump held a news conference to announce the end of a horse high-diving performance at the Steel Pier in Atlantic City, which the Trump Taj Mahal casino and hotel owned. Animal welfare groups had strongly criticized the act, and Trump said “he disliked it from the start,” according to the Press of Atlantic City.

He has defended his sons’ trophy hunts in Africa, though he has also said he’s “not a believer in hunting.” But in a more recent interview with Outdoor Life, he referred to having introduced people to hunting and wanting to bring “the next generation of hunters into the game.”

When asked about where he stands on animal and wildlife issues, Hope Hicks, a Trump spokeswoman, said in an email that “Mr. Trump will continue to release policies and positions in the coming weeks.”

She didn’t say whether he’ll include something on animals. But given these times, it won’t be shocking if he does.