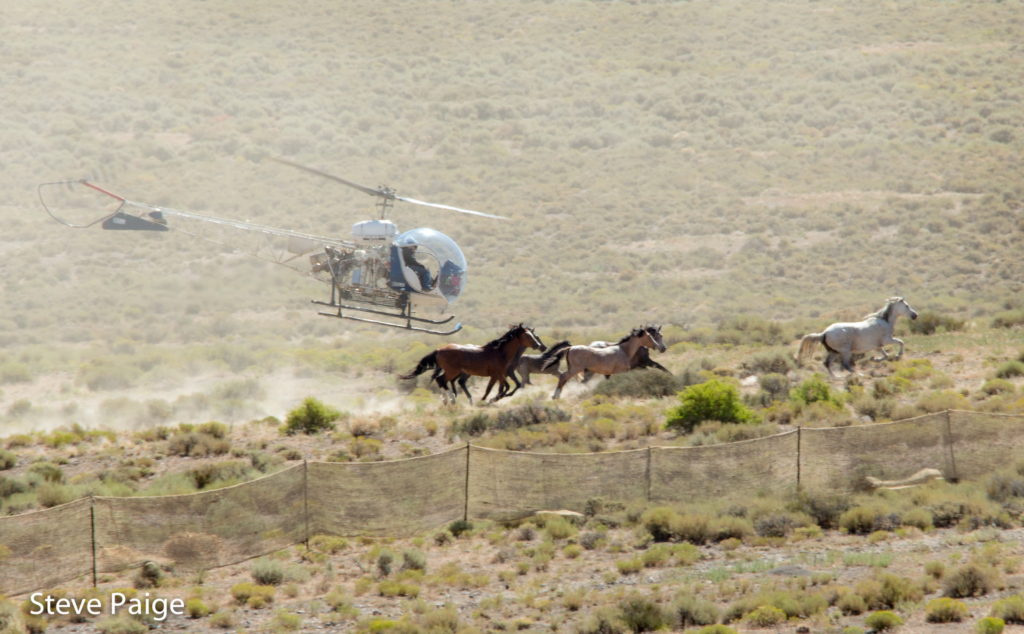 Return to Freedom Founder and President Neda DeMayo calls on local, federal and state government leaders not to lose sight of wild horses and burros during the debate over control of our shared public lands.

As published by the Las Vegas Review-Journal

It will shock no one that during a presidential election year, the Republican and Democratic party platforms are filled with conflicting ideas about the future of our public lands.

The Republican platform calls for turning over “certain federally controlled public lands to states” and urges “state leaders and representatives to exert their utmost power and influence to urge the transfer of those lands … to all willing states for the benefit of the states and the nation as a whole.”

That stance is consistent with bills introduced this year by House Republicans that would see the federal government turn over control of forest lands and Bureau of Land Management property.

Meanwhile, in their platform, Democrats declare that “we need policies and investments that will keep America’s public lands public, strengthen protections for our natural and cultural resources, increase access to parks and public lands for all Americans, protect native species and wildlife, and harness the immense economic and social potential of our public lands and waters.”

Alas, this is not a new argument: President Hoover urged Congress to turn over millions of acres of federal land to Western states. Hoover’s proposal fell apart because of opposition both from states themselves and those concerned that a wholesale turnover of public lands would include national forest system lands.

There’s no question that state and local stakeholders deserve a voice in the management of federal lands in and around their borders. But what should not be lost amidst the talk are the voiceless, including thousands of wild horses and burros, which, in 1971, at the urging of the people nationwide, were declared unanimously by Congress to be “living symbols of the historic and pioneer spirit of the West.”

Under pressure from all sides, the BLM faces an enormous and expensive challenge in overseeing some 67,000 horses and burros on the range and, sadly, another 45,000 in short-term holding pens and long-term pastures.

As embattled as the BLM is, it has the opportunity — indeed, the responsibility — to guide a future for the horses in its care. The BLM works for all of us — from ranchers to animal advocates — as it cares for land to which all Americans share the deed.

In 2013, the National Resource Council presented BLM with a path forward for wild horses that includes greater use of existing birth control for mares. Turning federally owned land over would complicate a debate over those animals too often fraught with tension.

It would likely doom many horses. States including Nevada, Utah and Wyoming have shown a willingness to eradicate wild horses, as have landowners who shipped horses to slaughter despite the broader public’s will that the animals be protected.

Finally, scattering oversight of public lands would open wide to personal and corporate agendas lands that belong to all of us, as citizens and as taxpayers. In a Colorado College poll released this year, almost 60 percent of respondents across seven Western states opposed turning federal land over to states.

As complicated as reaching consensus may be, there is still cause for hope that we can proactively preserve the resources, habitat and wildlife on our public lands. Landowners, conservationists and all levels of government have begun working together to protect sage-grouse habitat, for example.

That said, we should not be so naïve as to believe that those parties would do so without worries about grazing and other restrictions that would be imposed if the bird were listed as an endangered species.

Horses roamed the range before the founding of the United States — and before the advent of election-year politics. Those that remain on our public lands are the descendants of the animals upon whose backs this country was built.

Now, that public land and the life it holds are our collective inheritance. We must manage it wisely, ethically and humanely — together.