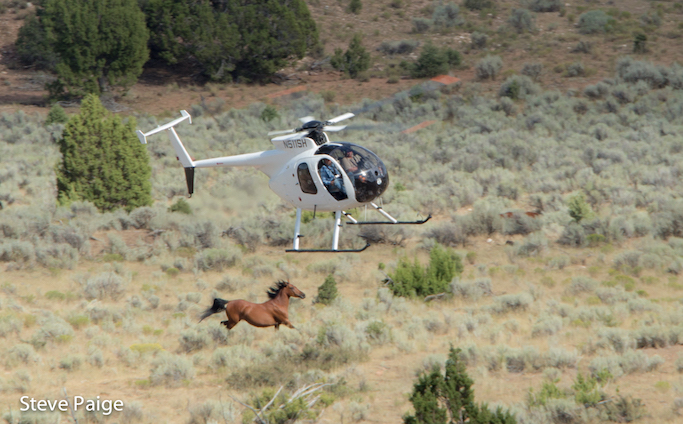 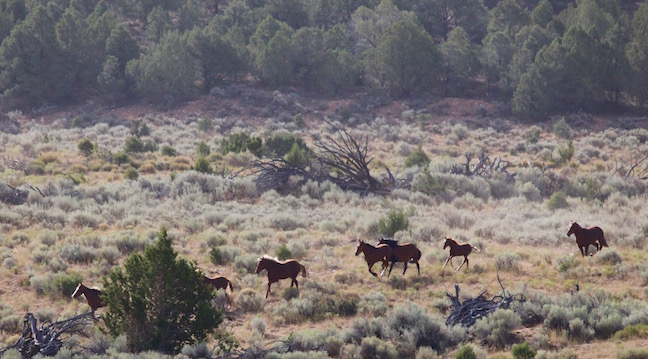 Today, the Bureau of Land Management (BLM) Cedar City field office began capturing and wild horses they deem to be “excess”, from within and outside the Blawn Wash Wild Horse herd management area (HMA). The Blawn Wash HMA comprises about 62,787 acres of public and state land in Western Utah. 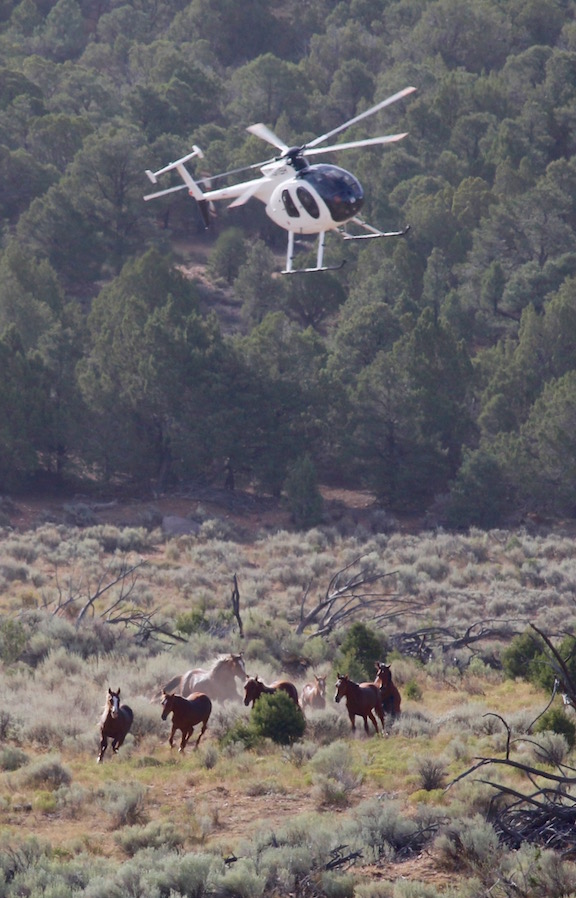 RTF volunteers watched this family band of seven horses lose their freedom and their home on the range early this morning.  There was one foal, one yearling, four mares and a stallion.  As they came around the corner towards the trap, the helicopter was down low pushing them in the desired direction towards the trap.  The stallion was in the middle of the group close to the mare and foal, while there was a mare in front leading and one behind. 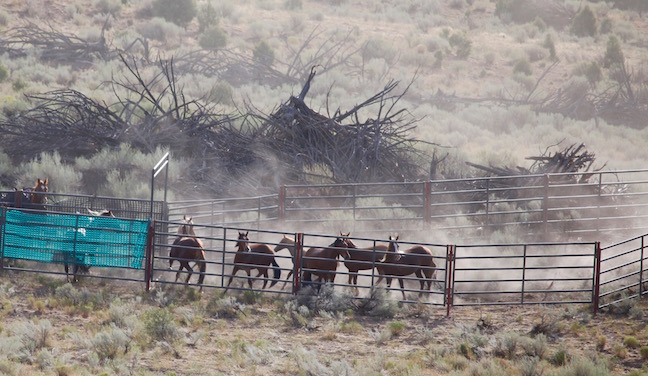 Later in the afternoon we followed them to the temporary holding pens located away from the trap site where we saw the mare and her foal in a separate pen with a mare and foal from another band.  The rest of the horses were separated into two other pens of mares and stallions. 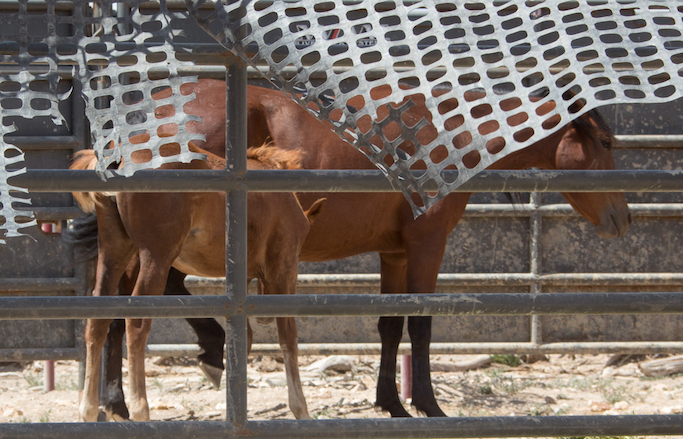 In the stallion pen we managed to locate the band’s stallion and his yearling colt standing close together as if for comfort and reassurance.  Both were looking through the pen fencing trying to see their family. 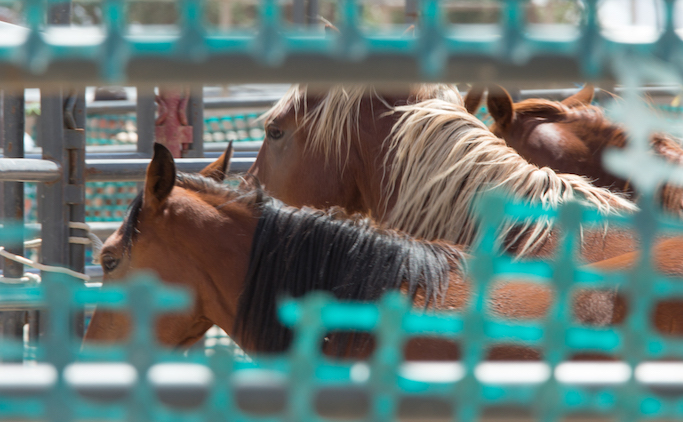 Steve Paige and RTF volunteer Samantha Asher did the best they could to document the horses from about 1/2 mile away where observers were placed. Small bands of horses came in throughout the long day. This small family band, mare, stallion and a very young foal who could not keep up. The foal was later roped and brought in to the trap site. 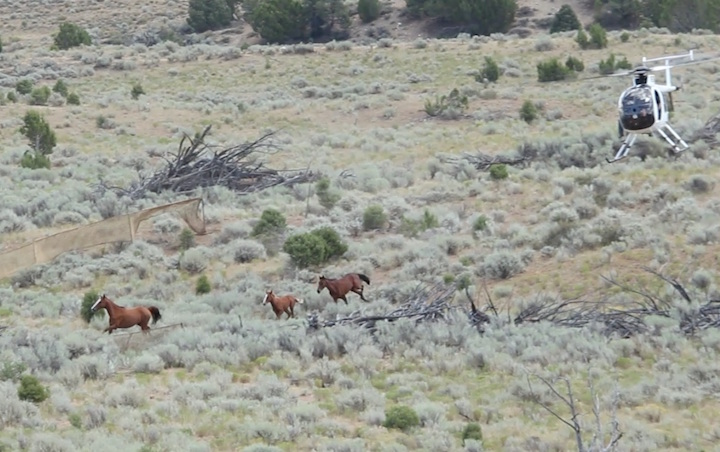 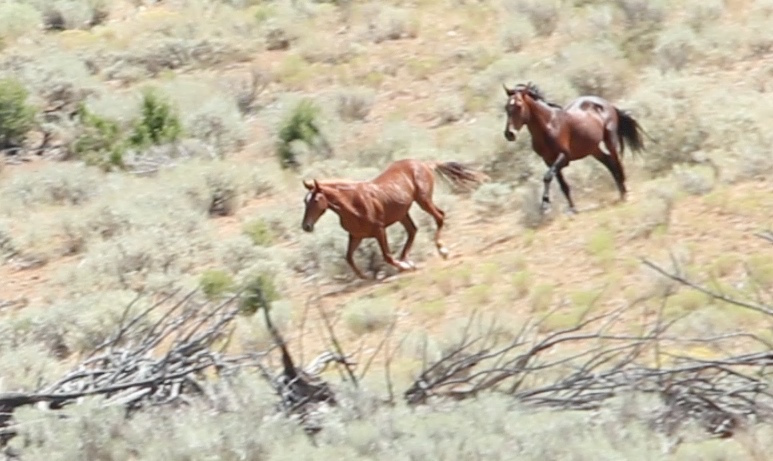 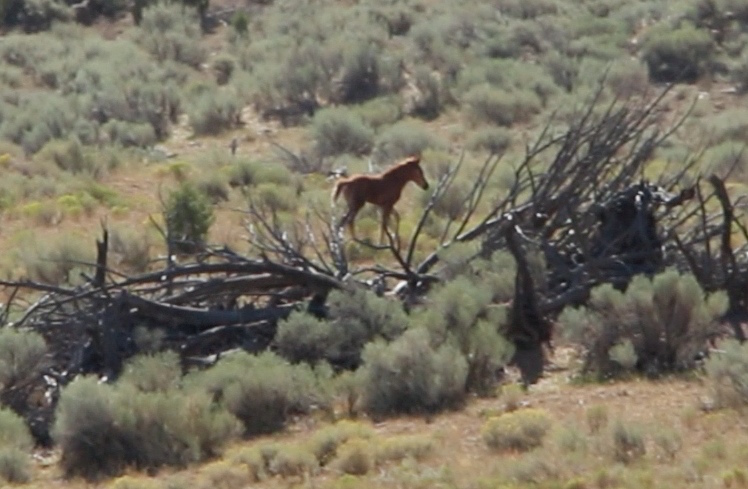 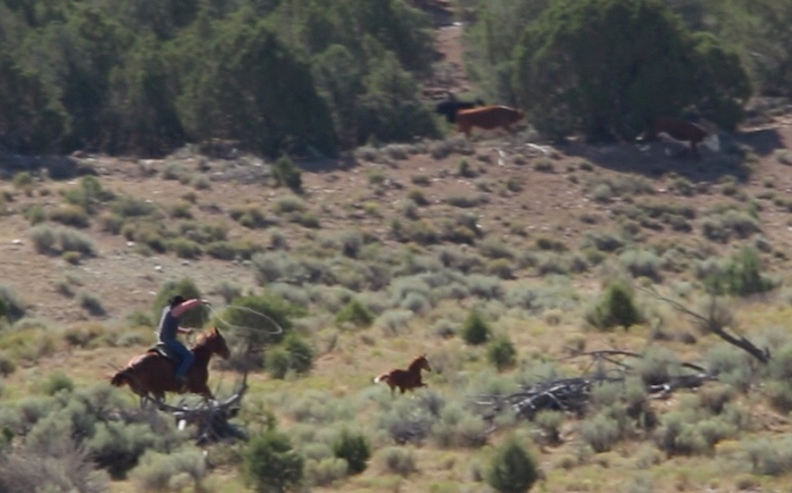 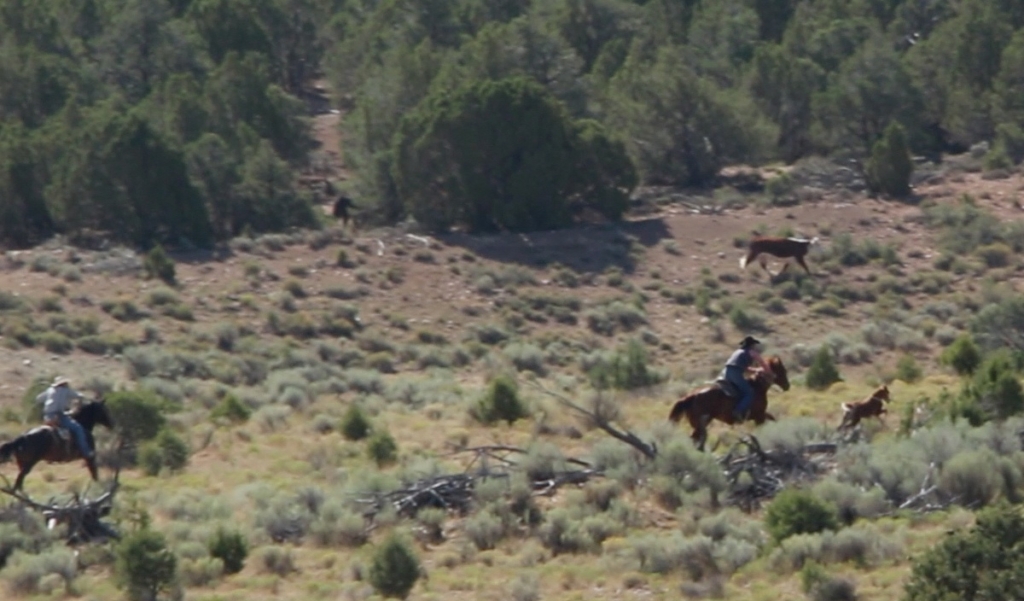 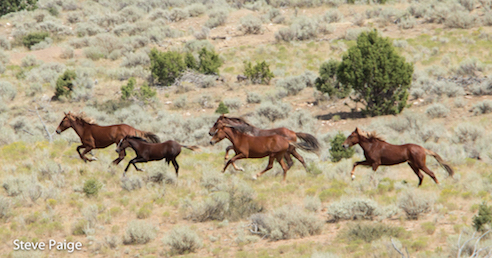 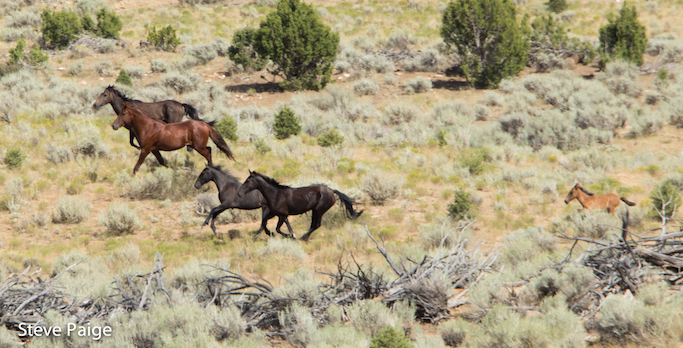 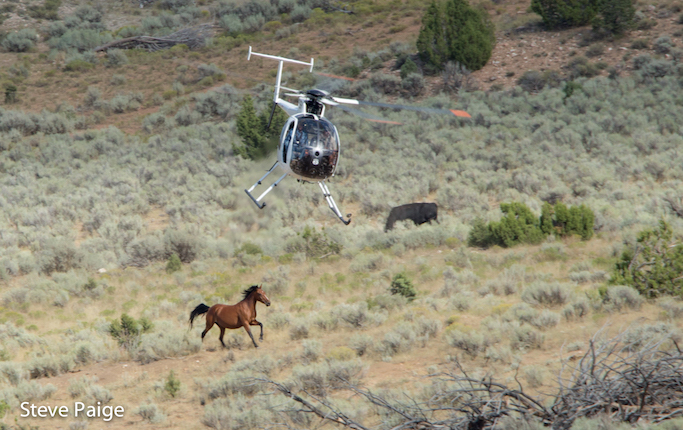 As cows graze undisturbed this bay stallion was repeatedly herded by the low flying helicopter. 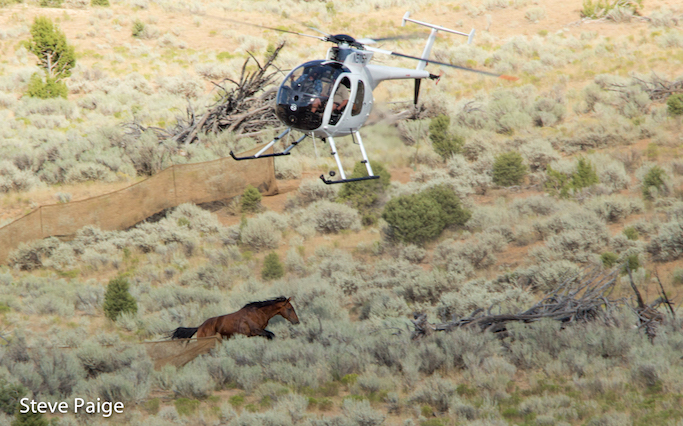 The lone bay stallion escaped through the funnel jute, lame in his hind rear leg from the constant siege of the extremely low flying copter.

Deaths- 1 – Sadly a 2 year old gray filly died of a broken neck during morning feeding in the small temporary holding trap. RTF has complained about the amount of horses in those small gather site holding corrals. In our opinion, the horses are confined in too small an area for the numbers.

Today there were no observers. RTF crew had to leave.

Whenever we see these relatively small numbers of horses being torn apart, taken from the range- at great cost to both the horses and the tax payer- we have to say WHY? These are numbers that can be managed on the range. It is only competition for livestock that drives this. And for what?

The Agency is fulfilling an Agreement they made on February 3, 2016, with the Utah School and Institutional Trust Lands Administration (SITLA), to manage wild horses cooperatively that have entered onto SITLA lands. The Agreement, which is subject to congressional appropriations, places priority on the removal of excess horses in the south-central and southwest areas of the state, where a lawsuit was originally filed by SITLA to pressure BLM to increase their “management” of wild horse herds.

The horses will be pushed by helicopter into traps then transported to the Axtell Contract Off-Range Corrals in Axtell, Utah. Axtell is one of two locations in Utah that provides care for up to 1000 wild horses in pens on 32 acres. The horses receive feed, mineral blocks, fresh water and veterinary care as needed.

Animals removed from the range will be made available for adoption through the BLM Wild Horse and Burro Adoption Program. Those that are not adopted will be cared for in long-term pastures, where they retain their protection under the 1971 Wild Free-Roaming Horses and Burros Act.

For details on the reasons that determined the operation, read the Environmental Assessment, DOI-BLM-UT-C010-2014-0035