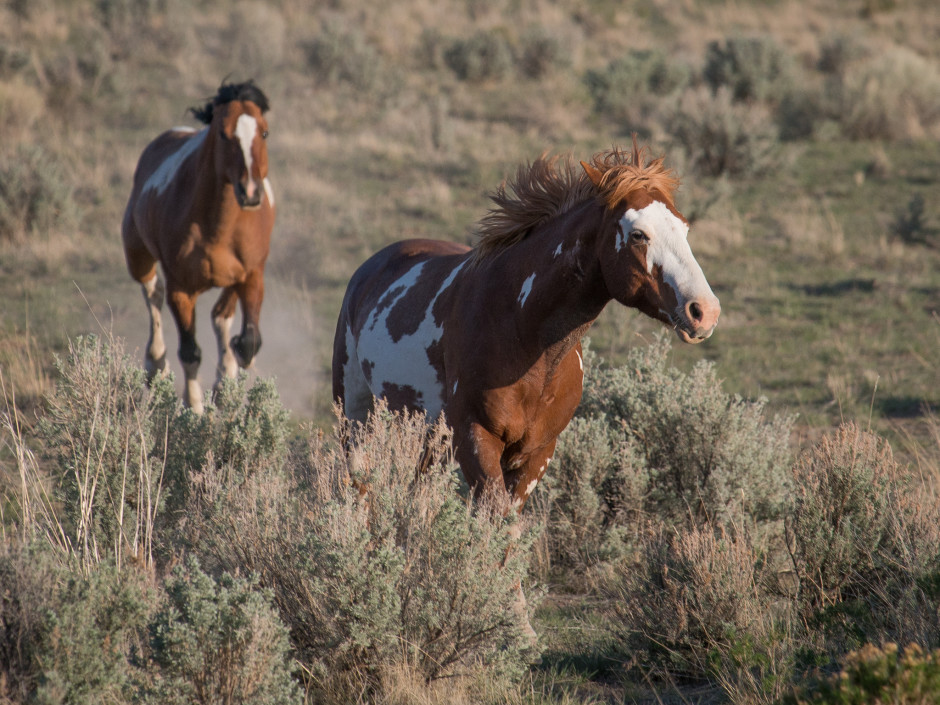 VALE — The Bureau of Land Management’s Vale District successfully conducted an emergency gather of wild horses last week. The gathering was in the Three Fingers Herd Management Area. A total of 155 horses – 33 foals, 55 mares and 67 studs – were gathered between Aug. 29 and Sept. 1, according to a news release from the agency.

The horses were taken to the Oregon Adoption facility near Burns/Hines, and will be offered for adoption later in the year, the release states.

“This gather was safe and successful for the horses,” said Don Gonzales, BLM Vale district manager. “Our overall goal is to maintain a thriving ecological balance of the Three Fingers HMA [Herd Management Area] and surrounding rangelands, and to preserve the health and well-being of the Three Fingers herd.”

The Cherry Road Fire, which started Aug. 21 burned approximately 90 percent of the Wildhorse Basin pasture in the Three Fingers management area. More than half of the estimated 279 horses in the herd reside in that area, according to the release. The fire damaged the mature seed heads needed to sustain the horses through the coming fall and winter months, the release reads. The remaining 10 percent of the Wildhorse Basin pasture has limited water resources or forage. The Vale District initiated the emergency gather due to the fire’s impact on forage and water resources.

Each horse gathered underwent a veterinary assessment upon arrival at the temporary holding corrals. Pre-existing conditions and burn injuries were noted on three animals and one foal with a severe hernia was euthanized.

Located 25 miles south of Vale, the Three Fingers Herd Management Area is bordered on the east by the Owyhee Reservoir, on the south by the Leslie Gulch Road, and on the north by the Owyhee Dam. According to the release, the herd population is currently estimated at 279, far exceeding the appropriate management level of 75 to 150 wild horses.