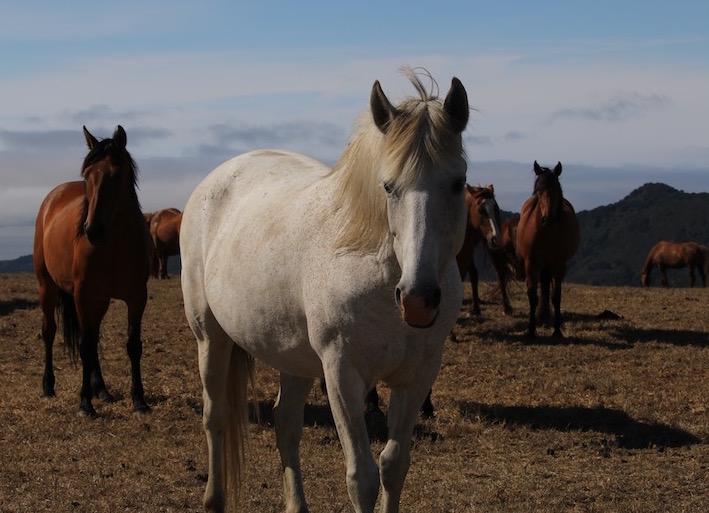 On Friday September 9, 2016, the Bureau of Land Management withdrew its support for surgical sterilization experiments on captive mares in the face of public outrage and lawsuits by multiple wild horse advocacy organizations.
Return to Freedom has for months been urging BLM to abandon experiments that would have been dangerous, illegal and unnecessary.

“Although we are supportive of increased on-the-range management alternatives for wild horses, as opposed to capture and removals, this was an unacceptable option. We have stated our position clearly that these invasive surgeries would be not only invasive, inhumane and unsafe but impractical to perform on the range for tens of thousands of wild mares,“ said Neda DeMayo, President of Return to Freedom.

“Since February, thousands of Return to Freedom’s supporters have sent letters and made calls to the BLM and OSU expressing their outrage over the proposed sterilization research. We want to thank our supporters who took the time to respond as well as coalition partners who took the fight to court.”

BLM had planned to spend $348,000 on sterilization experiments this fall on 225 mares, including at least 100 pregnant mares, held at its Wild Horse Corral Facility in Hines, Oregon.

The BLM and Oregon State University intend to perform three procedures: tubal ligation, which has never been performed on horses; hysterpscopically-guided laser ablation, using a laser to seal oviduct openings, which has never been attempted on wild or domestic mares; and removing both ovaries.

This last surgery, ovariectomy via colpotomy, is a rare procedure which carries significant risks when performed by veterinarians on domestic mares in sterile settings using imaging equipment. BLM researchers plan to cut blindly on previously wild horses – most in various stages of pregnancy — not in a sterile setting, but a holding facility.

Return to Freedom contends that BLM can effectively and humanely manage wild horses and burros on the range through judicious use of a proven fertility vaccine, porcine zona pellucida (PZP), that is backed with decades’ worth of data – including use at Return to Freedom’s American Wild Horse Sanctuary.

Ironically, BLM has said that administering PZP – listed by the National Research Council in 2013 among the most promising population control methods available for wild horses – is impractical and too expensive, yet it pursued research on much more expensive surgeries impossible to perform.

Return to Freedom and other advocates also took exception to BLM experimenting on the very horses it is tasked with protecting under 1971’s Wild Free-Roaming Horses and Burros Act.