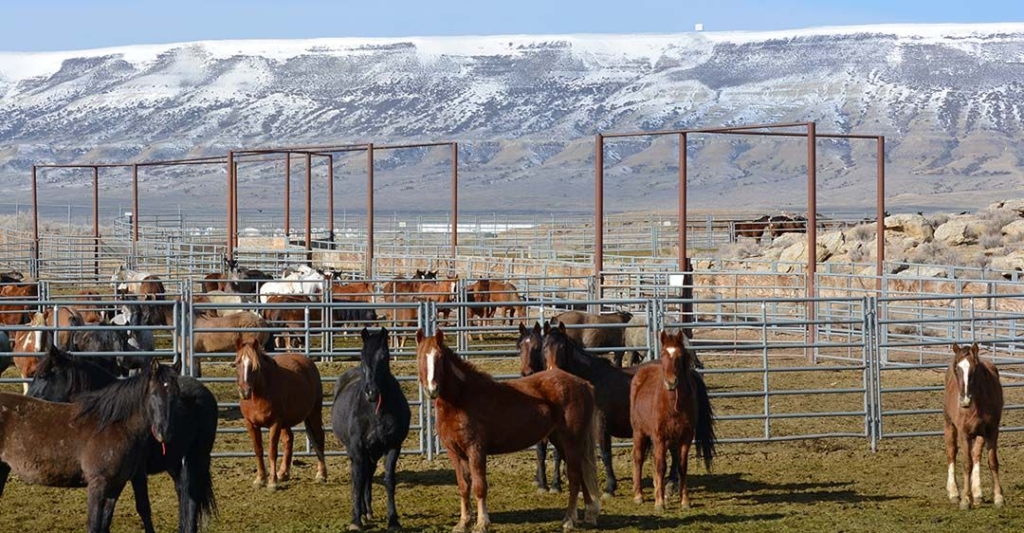 For more information and to learn how you can help Return to Freedom keep the pressure on Congress and the Bureau of Land Management to reject euthanasia for wild horses and burros, please click here.

As published by The Kansas City Star

WASHINGTON — Congressman Vern Buchanan (R-Sarasota) has called on U.S. Interior Secretary Sally Jewell and Bureau of Land Management Director Neil Kornze to hold firm on their plans to ignore a “monstrous” a recommendation to kill or sell 45,000 wild horses being held in the western United States.

A leading animal welfare advocate, Buchanan joined Rep. Michelle Lujan Grisham (D-NM) on Monday in asking that the Bureau of Land Management increase the use of equine contraception as the humane and cost-efficient way to thin the herd.

The National Wild Horse and Burro Advisory Board at BLM recently recommended that wild horses be exterminated or sold – which would result in many ending up in Mexican slaughterhouses.

“It is disgraceful that the Board, whose purpose is to provide sound advice on the management of wild horses, would even consider euthanizing these horses as a plausible management technique,” Buchanan’s letter said.

Although BLM said it won’t follow the board’s recommendation, Buchanan and Grisham called on Jewell to make sure the department doesn’t change its position.

The BLM has rounded up the horses for the past 20 years in order to manage their population. But the National Academy of Sciences said the roundup and removal of horses hasn’t thinned the herd.

The NAS instead recommends that BLM use contraception methods to reduce fertility in horses. But in 2015, only 469 horses received the contraception treatments.

“We urge the agency to follow NAS’s recommendations to increase the use of immunocontraception – a solution that benefits horses and taxpayers alike,” Buchanan and Grisham wrote. “We also request that the agency commit to a timeline for the expansion of immunocontraceptive use on rangelands in the West and report back to Congress on their progress.”

Buchanan was named Legislator of the Year by the U.S. Humane Society in 2015 for his strong support for animal welfare causes.