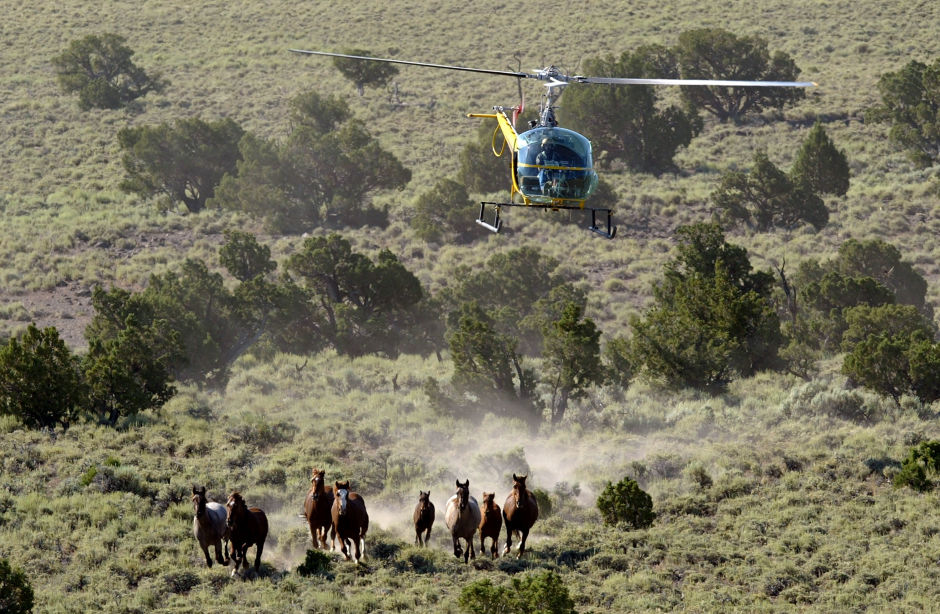 A group of wild horses are rounded up in Eureka, Nevada. (Getty Images file photo)

Another 36 wild horses, including eight foals, were captured on Friday during the ongoing helicopter roundup at the Owyhee Complex in Northern Nevada, according to the Bureau of Land Management.

The others trapped included 13 stallions and 15 mares, bringing the three-day total to 163. Two horses have died.

Also on Friday, 26 studs and 13 mares were transported to the Palomino Valley Wild Horse and Burro Adoption Center near Reno, Nevada, where they will be prepared for the BLM adoption program. Those not adopted will later be transported to off-range pastures.

Mares that are not transported will be treated with PZP-22 fertility control vaccine before release.