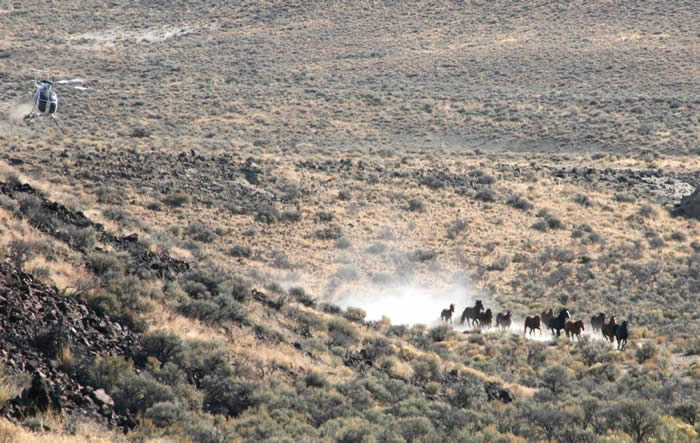 A third wild horse has died during the ongoing helicopter roundup at the Owyhee Complex in Northern Nevada.

A mare described as being more than 25 years old died overnight at the holding facility due to displaced intestine, according to the Bureau of Land Management.

Also on Saturday, 15 mares, 12 foals and three studs were trucked to the Palomino Valley Wild Horse and Burro Adoption Center near Reno, Nevada, where they will be prepared for the BLM adoption program. Those not adopted will later be transported to off-range pastures.

Mares that are not transported will be treated with PZP-22 fertility control vaccine before release. So far, 10 horses have been returned to the range, according to the BLM.