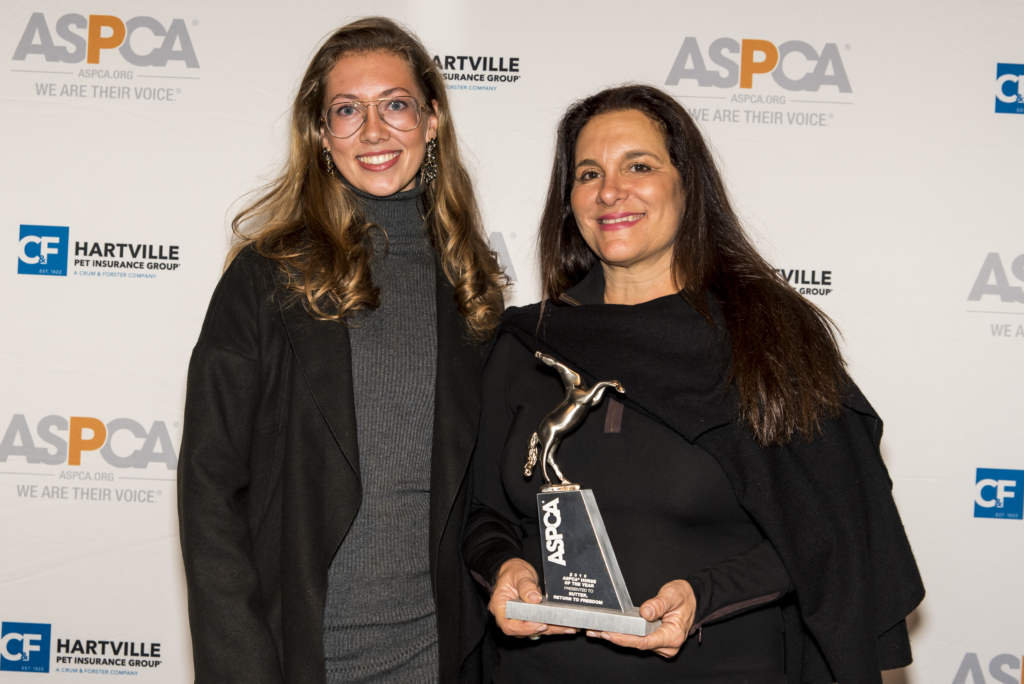 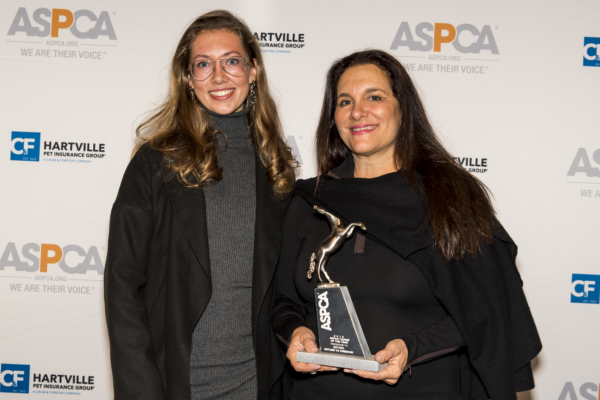 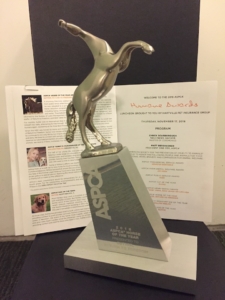 The American Society for the Prevention of Cruelty to Animals on Thursday recognized as Horse of the Year Sutter, a 30-year-old palomino stallion who lives at Return to Freedom’s American Wild Horse Sanctuary.

RTF President Neda DeMayo and Josephine Blossfeld, a recent in-residence volunteer at the sanctuary, accepted the award during the ASPCA’s annual Humane Award Luncheon in New York City. The event recognizes animal heroes who have demonstrated extraordinary effort as well as individuals who have shown great commitment to animal welfare.

DeMayo used the opportunity to speak about how Sutter’s story of suffering early in life remains emblematic of the tens of thousands of wild horses and burros taken from the range and separated from their family bands — and about the need for a dramatic shift away from the failed and costly system of roundups and long-term government holding facilities and toward humane, on-the-range management. 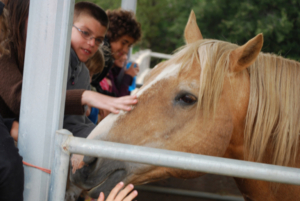 Sutter was born wild in Nevada, rounded up, then adopted by someone who brutally abused him. Returned to BLM and marked for destruction as “dangerous,” he was rescued from the pen by the Heritage Discovery Center in central California.

Given love and patience there, Sutter gradually overcame his fear of people. Because of his natural curiosity, he grew to be an outstanding ambassador for wild horses first at the center and now at at RTF’s sanctuary — allowing people of all ages to meet a mustang  up close in settings from school tours to the Rose Bowl Parade.

You can help residents of RTF’s American Wild Horse Sanctuary by donating here.