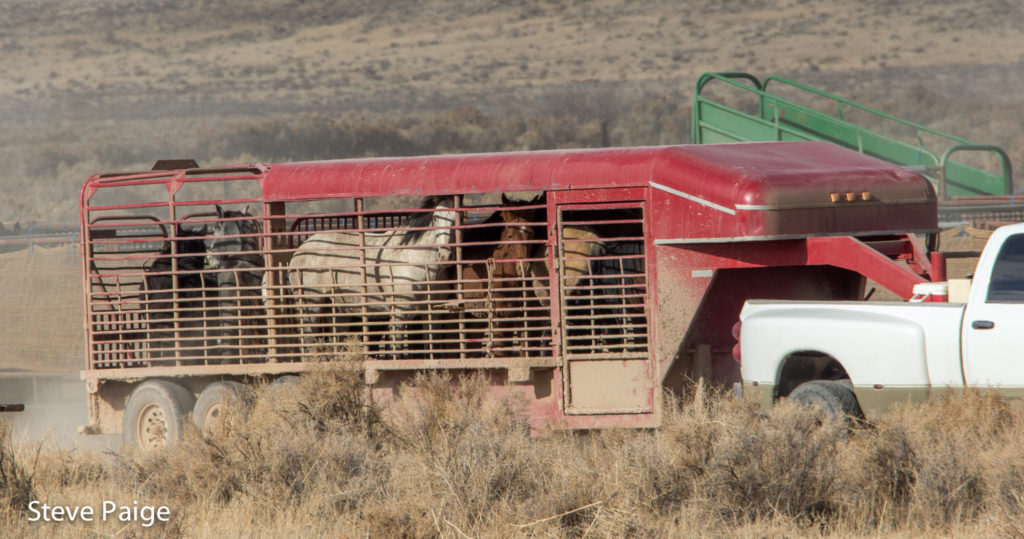 The second phase of the ongoing Owyhee Complex roundup in northern Nevada began on Friday without public observers allowed to watch the helicopter trapping operation.

RTF humane observer Steve Paige was only given access to temporary holding, where trailer after trailer of wild horses were put into pipe corrals.

The Bureau of Land Management has said that observers will only be allowed near the trap site on Tuesdays and Thursday because of “private land access issues.” This despite the area consisting of 336,233 acres of BLM land compared to 2,870 acres made up of a mix of private and other public lands.

“It would appear the trap site was chosen specifically to keep us out,” Paige writes.

One horse died of what was listed as a pre-existing condition. No further details were posted. Eight horses have died since the roundup began on Nov. 2.

In this phase, BLM plans to capture 920 wild horses and remove 650 from the range.

During the roundup’s first phase, 770 wild horses (297 studs, 329 mares, 144 foals) were captured. Of those, 198 horses were returned to the range, including 94 treated with fertility control.

Those transported to the Palomino Valley Wild Horse and Burro Adoption Center near Reno, Nevada, are being prepared for the BLM adoption program. Those wild horses that are not adopted will later be taken to BLM off-range pastures. 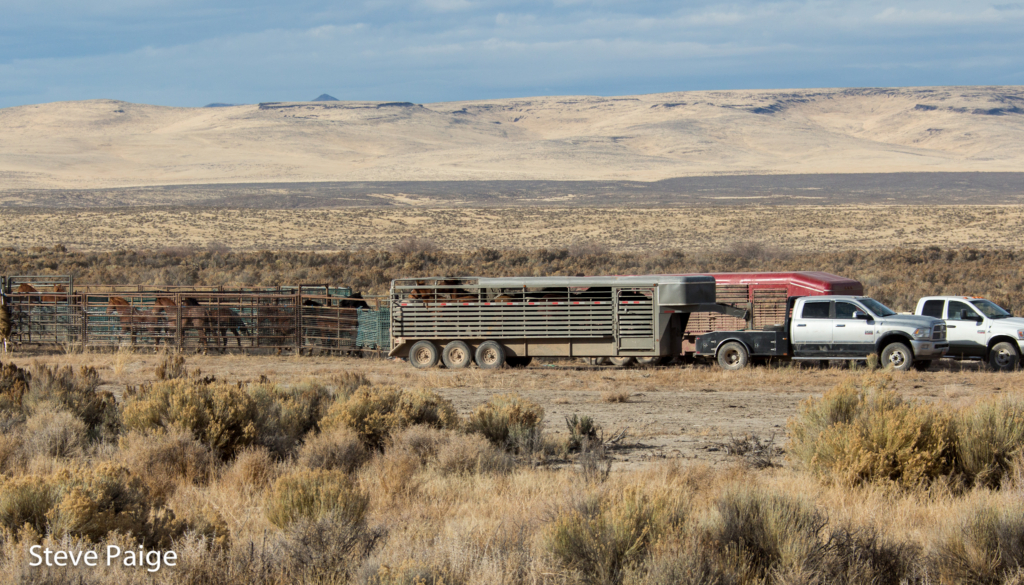 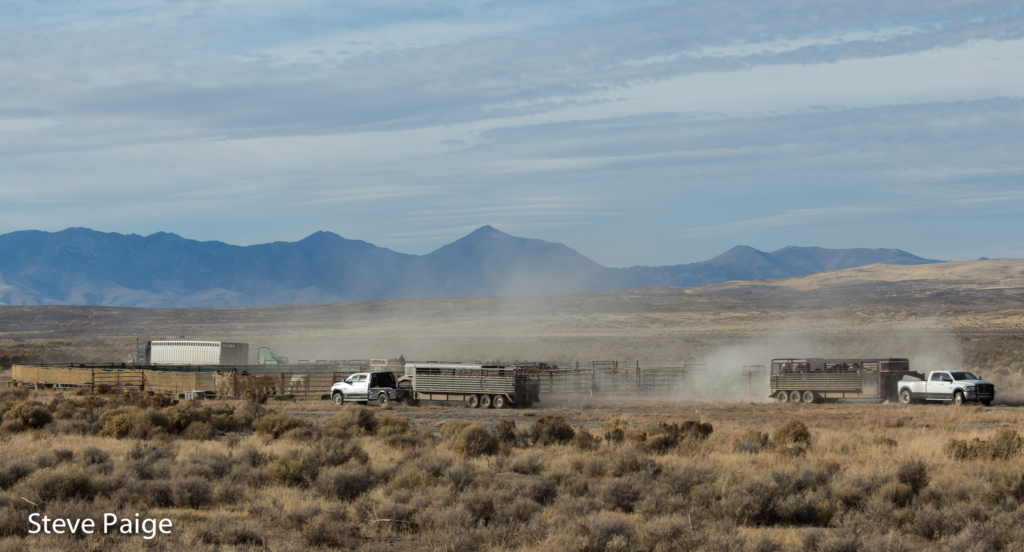 Horses try to escape over the pens. 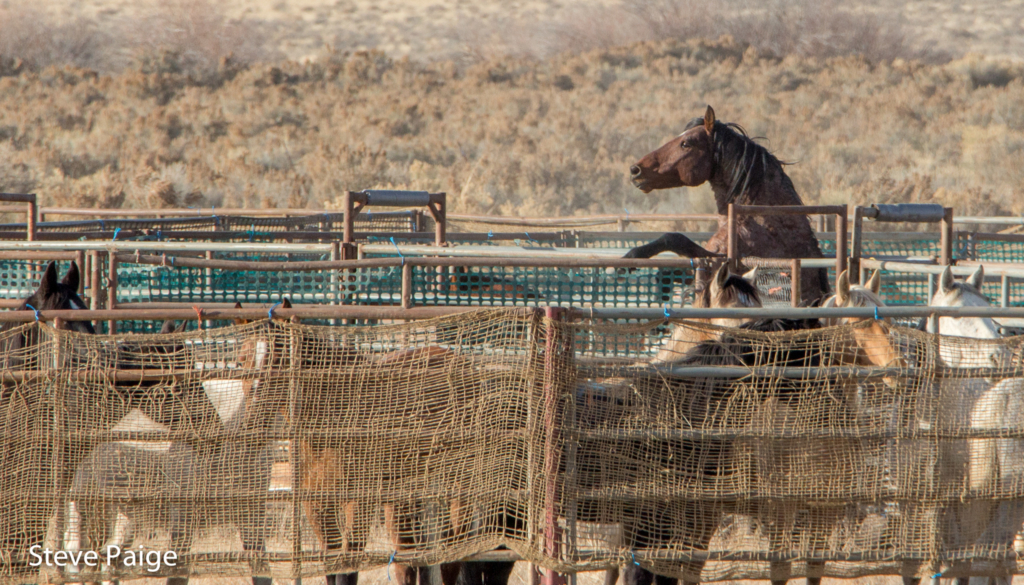 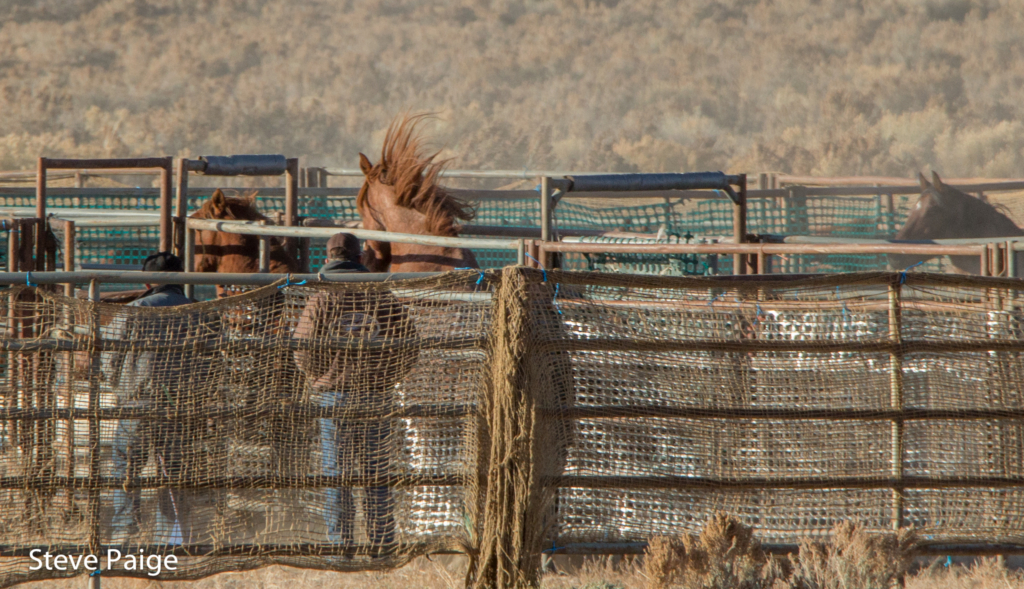 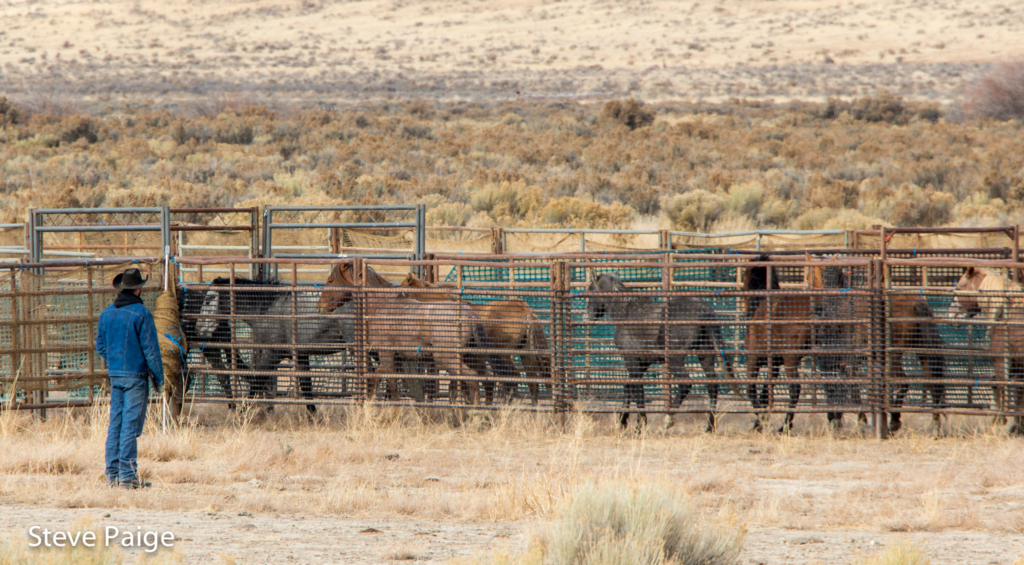 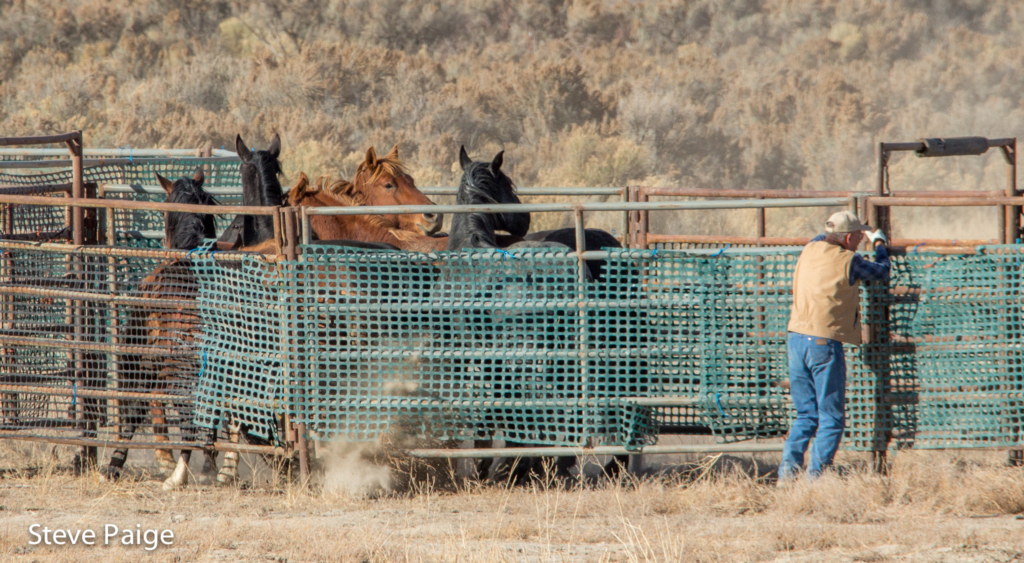