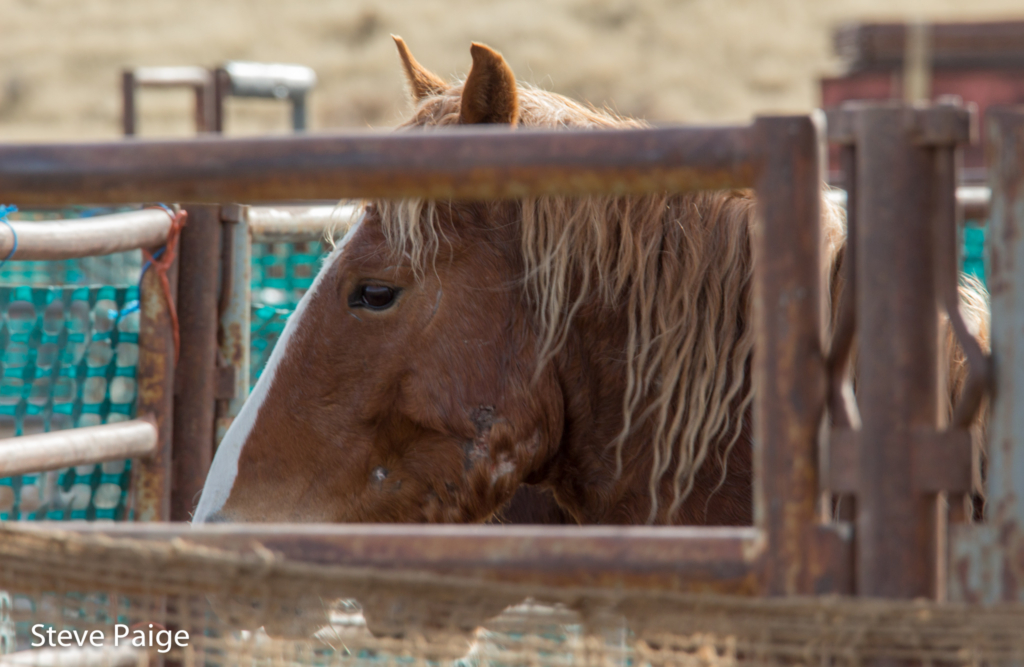 A stallion separated from his band on Tuesday. All photos by Steve Paige.

Three mares, two studs and one foal were captured at the Owyhee Complex in Northern Nevada on Tuesday, a day which included the first public viewing of helicopter trapping operations since the second phase of the roundup began last Friday.

During the first three days, by comparison, 440 wild horses were captured and nine horses died. Trapping operations were postponed on Monday due to poor weather conditions.

After the six were captured on Tuesday, the Bureau of Land Management’s contractor began moving the trap site.

Because of “private land access issues,” the BLM is only allowing the public to view the helicopter trapping operations on Tuesdays and Thursdays.

RTF humane observer Steve Paige was only allowed to photograph temporary holding pens from a nearby road on Friday and Saturday before being asked not to take photos of horses in trailers coming down the road. On Tuesday, he was allowed to tour temporary holding as well as view the roundup.

Wild horses are first visible in the distance as they are run between barbed wire fences. 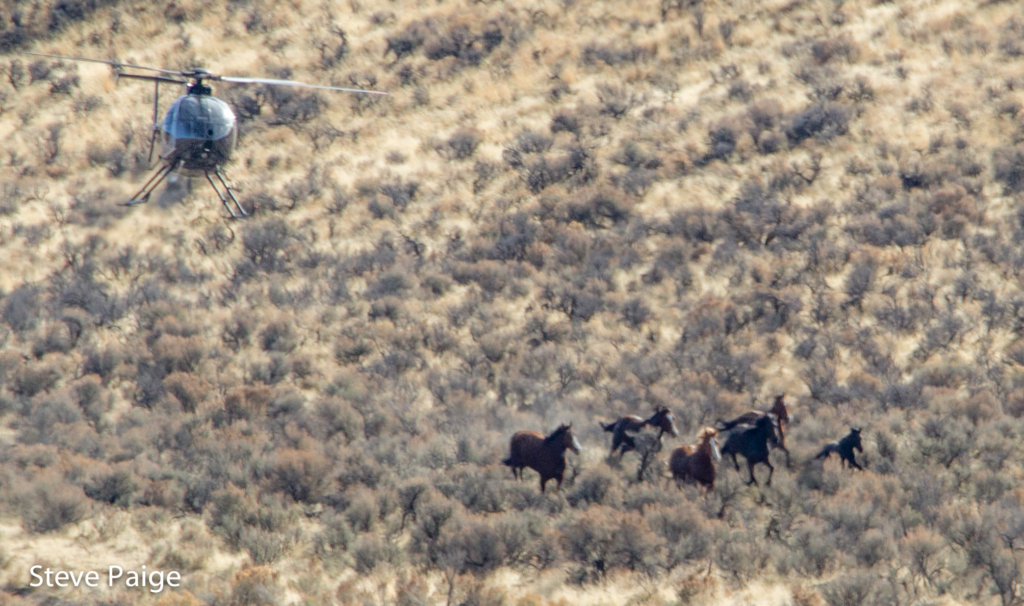 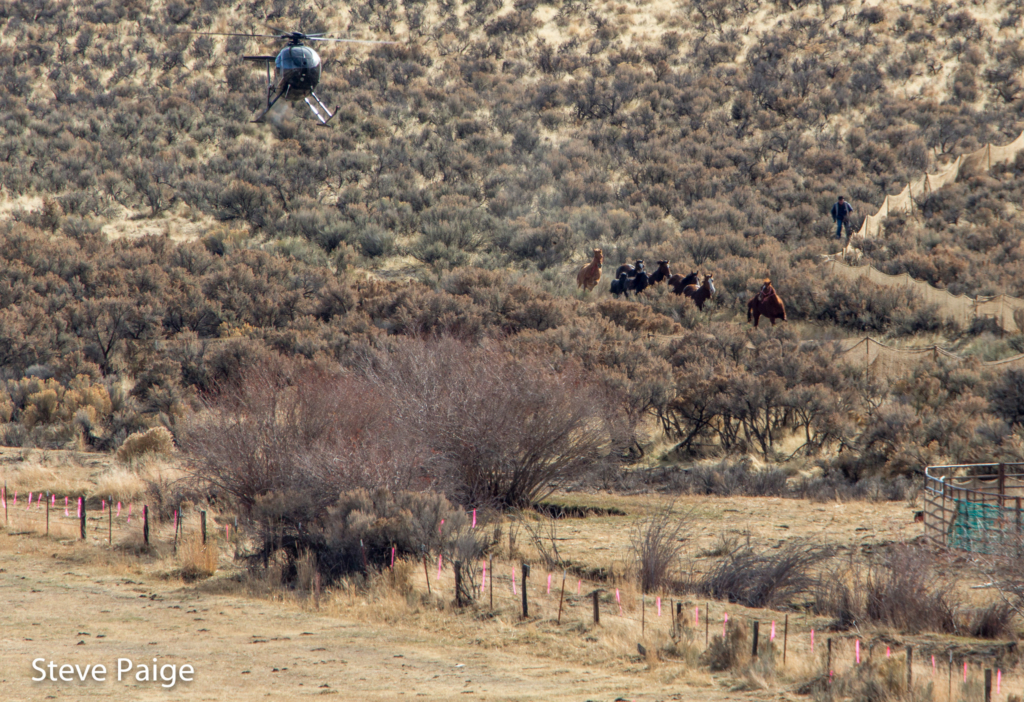 Six wild horses are chased into the trap between two Judas horses, which are trained to lead horses into the pen. 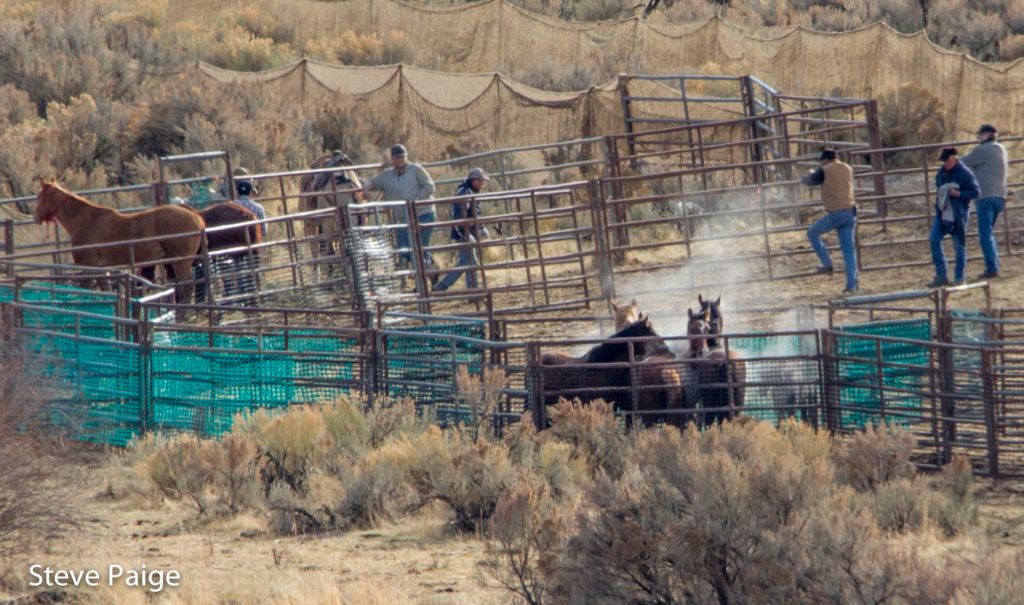 Once in the trap, steam rises off the wild horses. 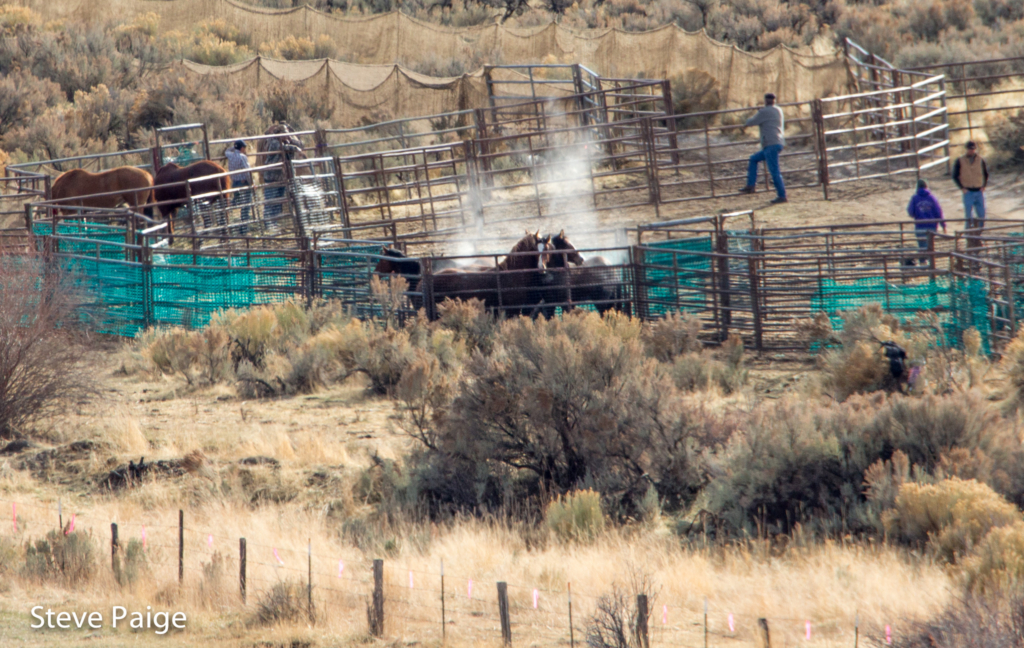 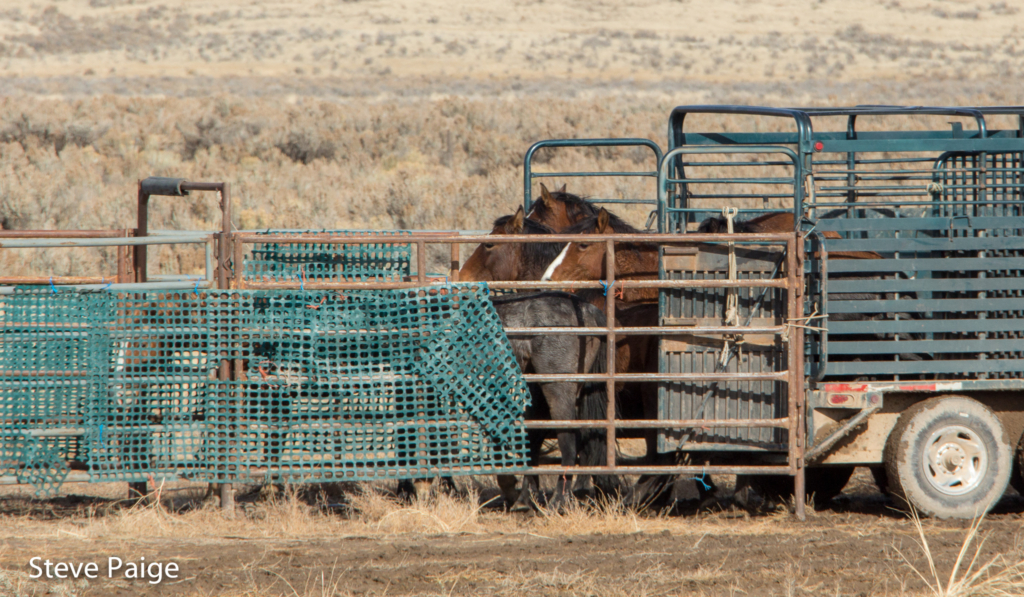 The transported wild horses are unloaded at temporary holding.

Upon arrival at temporary holding, the wild horses are sorted and separated. 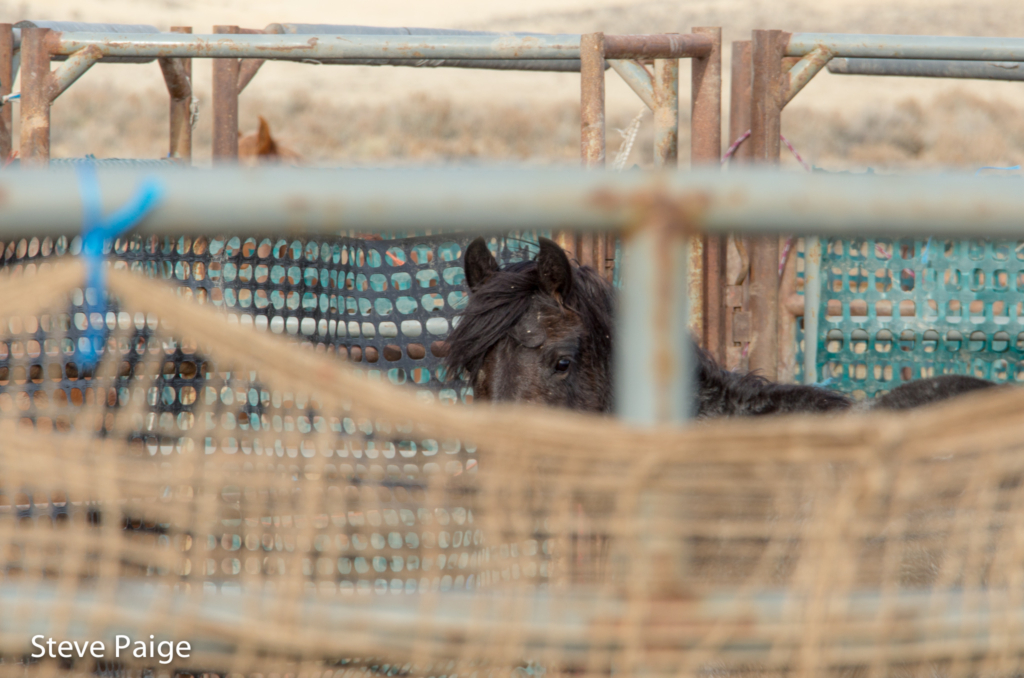 A small black mare with foal is separated from her band’s stallion.