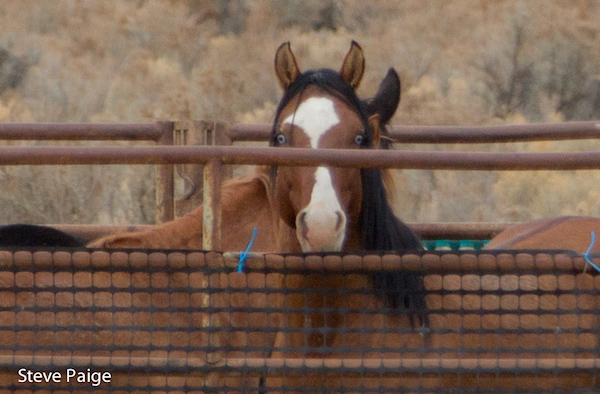 All photos and video by Steve Paige.

A total of 108 wild horses were captured on Friday during the ongoing helicopter roundup at the Owyhee Complex in Northern Nevada.

The capture of the 43 studs, 44 mares and 21 foals brings to 1,445 the number of wild horses rounded up since Nov. 2. Sixteen horses have died, according to the Bureau of Land Management.

Of those captured, 198 wild horses have been returned to the range — including 94 mares had been treated with PZP-22 fertility control vaccine.

Captured wild horses are being transported from temporary holding to the Palomino Valley Wild Horse and Burro Adoption Center near Reno, Nevada. On Friday, 86 wild horses (26 studs, 31 mares, 29 foals) were shipped there.

Horses that are not adopted will later be taken to BLM off-range pastures.

To watch video from the roundup, please click here.

Helicopters round up wild horses, including a young paint at left. 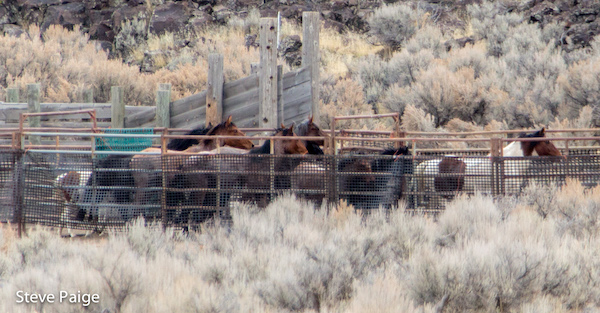 The foal, partly obscured at left, is sorted at the trap pens before being transported. 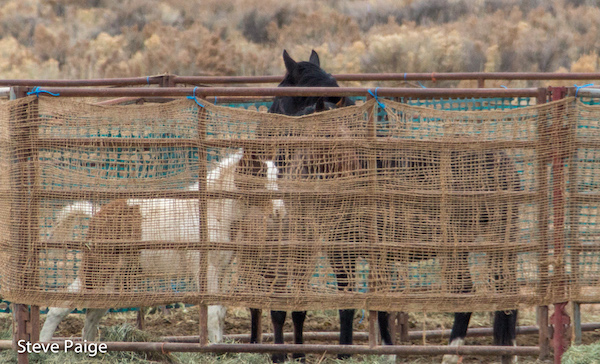 The foal is shown later in a pen with a mare and another foal at temporary holding. 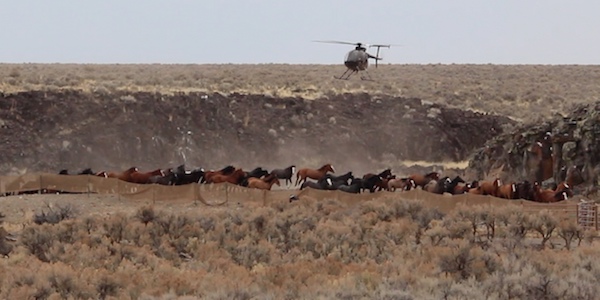 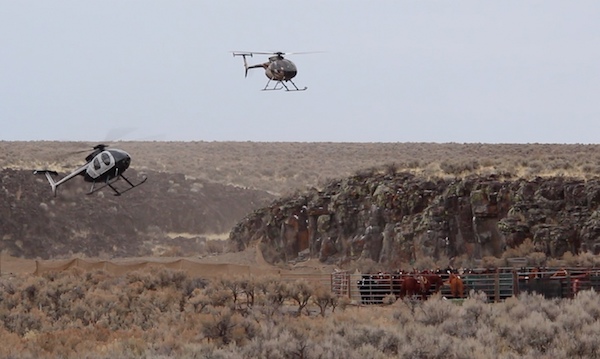 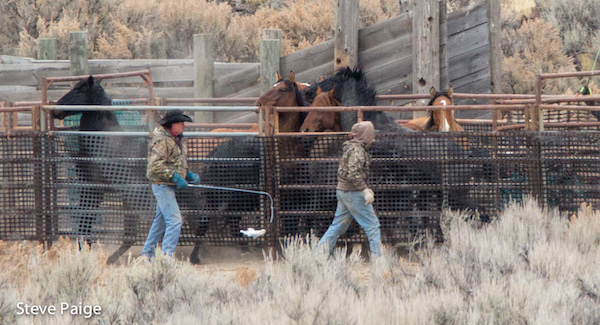 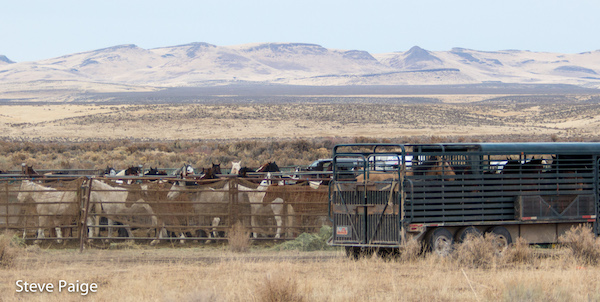