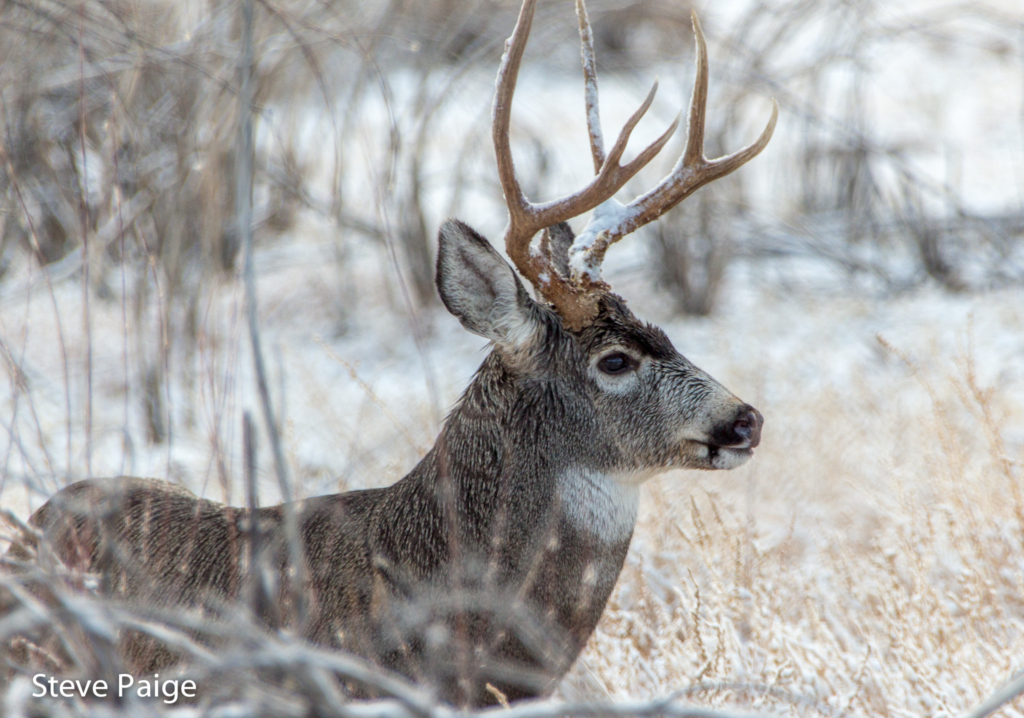 Through Saturday, 198 wild horses have been returned to the range — including 94 mares had been treated with PZP-22 fertility control vaccine.

On Sunday, RTF humane observer Steve Paige said that he traveled two hours in snowy conditions before being informed the roundup had been called off for the day. Paige noted that he saw perhaps 70 deer like the one below while on the drive — but that during his time covering this roundup, he’s yet to see a wild horse that wasn’t being captured or in holding.