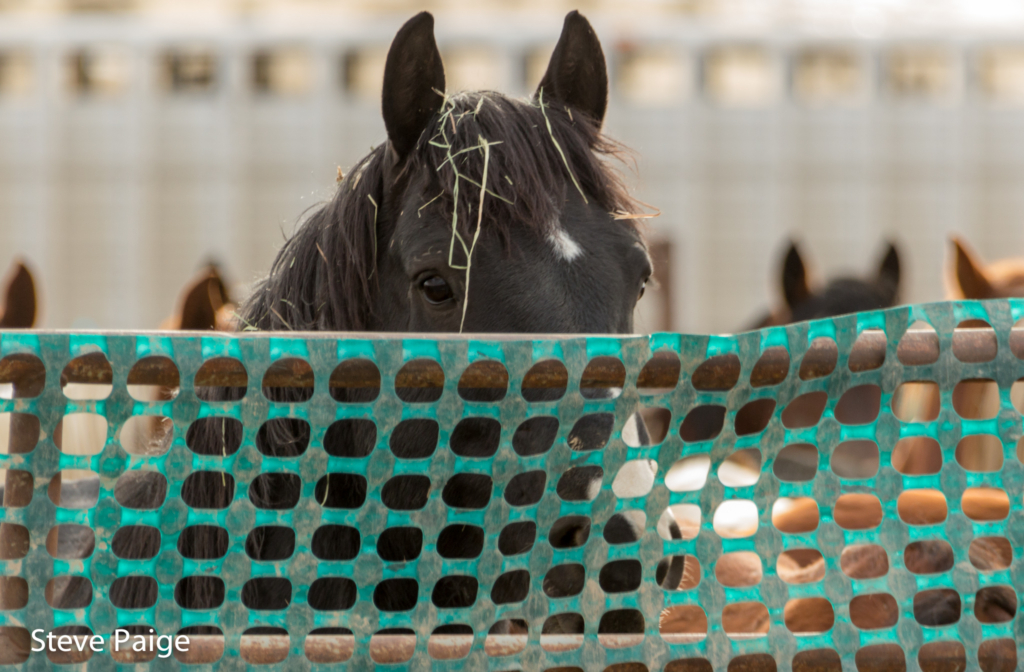 All photos by Steve Paige.

Eleven wild horses were captured and one euthanized as the helicopter roundup in Northern Nevada’s Owyhee Complex resumed on Tuesday.

The capture of seven studs, two mares and two foals brings to 1,525 the number of wild horses rounded up since Nov. 2, when one of the largest roundups in recent history began.

The Bureau of Land Management said that one wild horse was euthanized after suffering an injury in temporary holding. Seventeen horses have died during the roundup.

So far, 198 wild horses have been returned to the range, including 94 mares treated with fertility control vaccine, according to BLM. 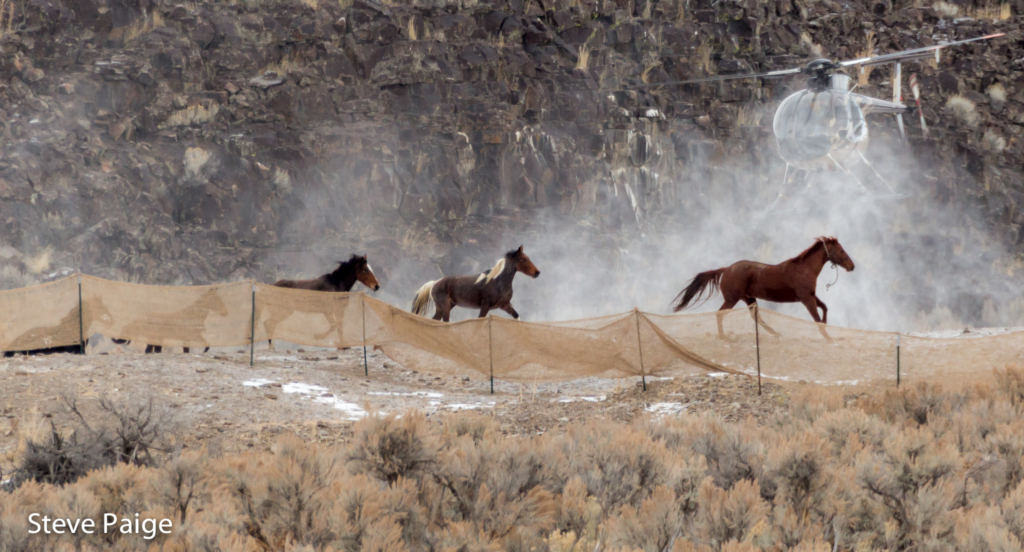 The Judas horse: a horse trained to lead wild horses into the trap is followed by 11 wild horses as a helicopter chases them.

Wild horses flee from a contractor’s helicopter on Tuesday as it kicks up snow left from recent storms. 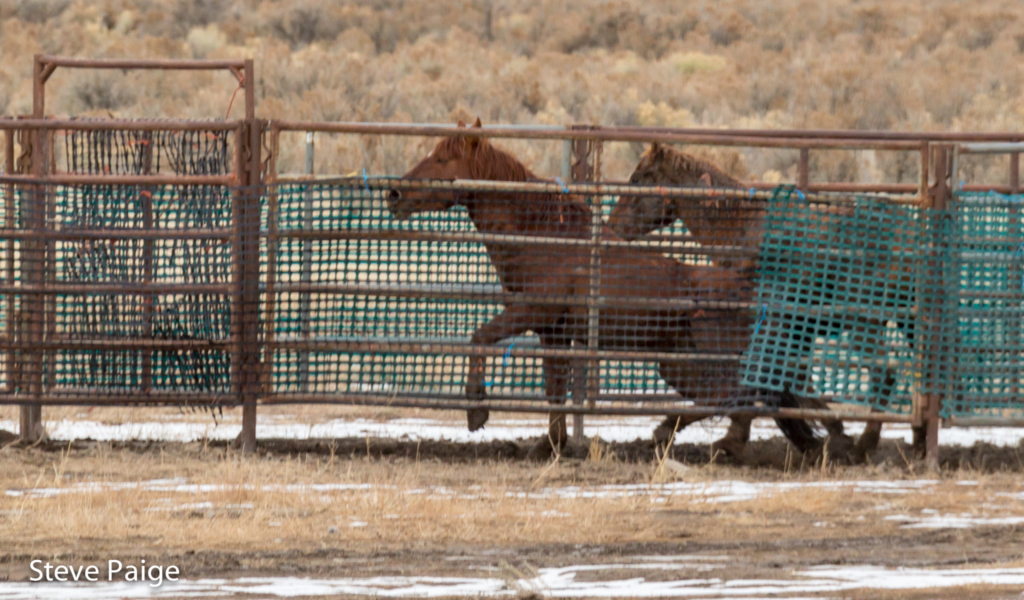 (Above, below) Two wild horses slide in the mud. Later, BLM told observers that one would be put down due to injury. 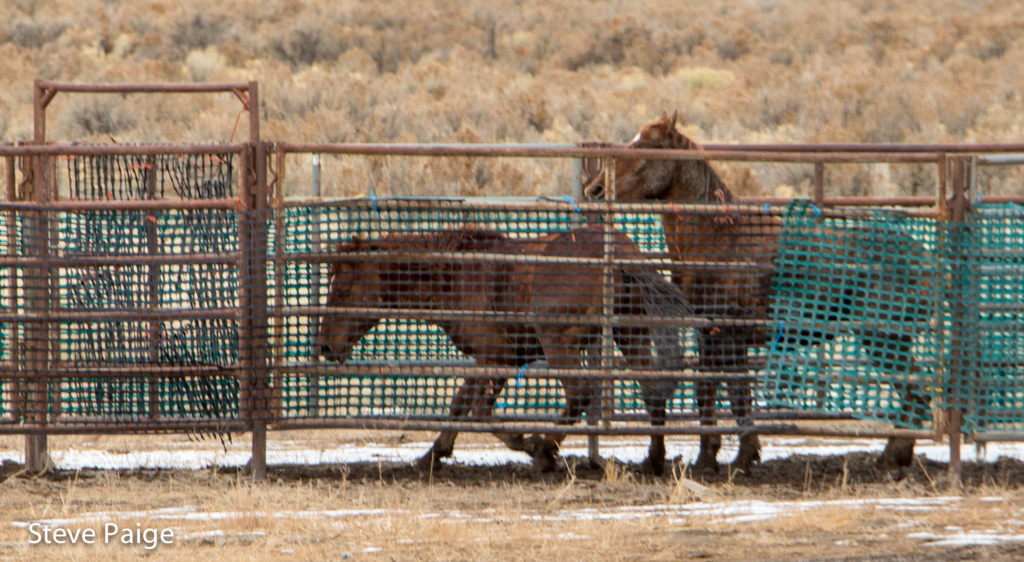 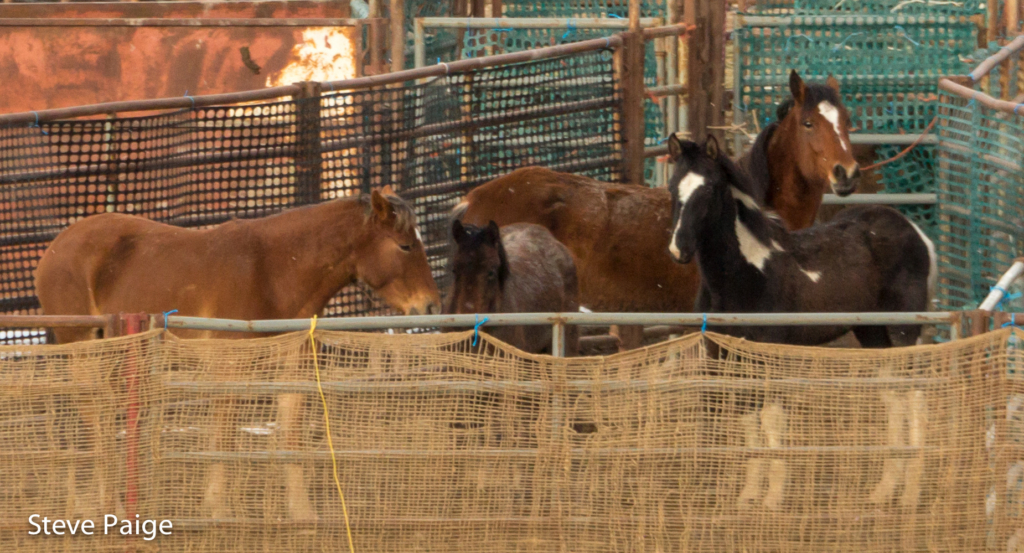 Older mares in the foreground will soon to be branded and treated with the PZP-22 fertility control release, along with the selected studs in the pen behind them.