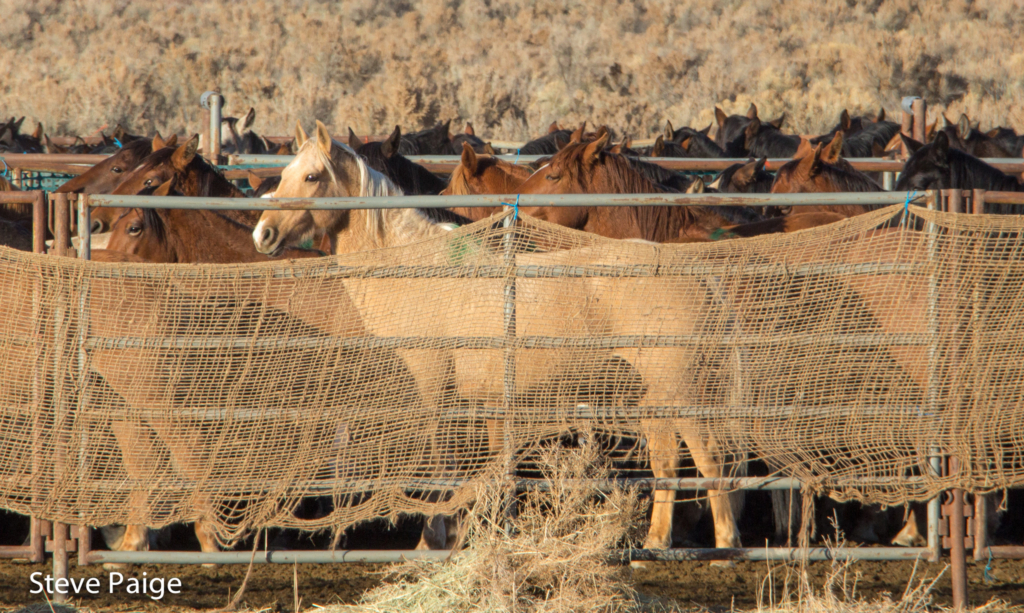 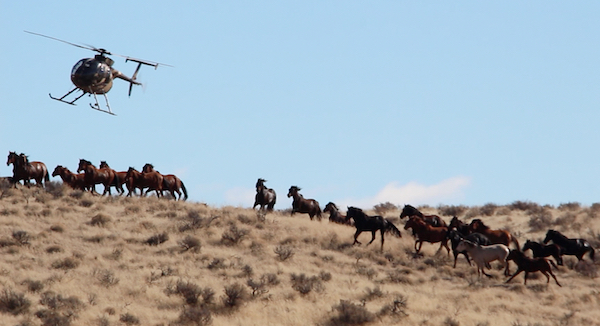 A contractor’s helicopter pursues wild horses on Friday. All photos and video by Steve Paige.

A Bureau of Land Management contractor on Friday captured 229 more wild horses to end one of the largest roundups in recent history at the Owyhee complex in Northern Nevada.

The trapping took place near, but not on, the Little Owyhee and Snowstorm Herd Management Areas “to relieve pressure on forage and provide for public safety,” along a road leading to a mine, according to BLM.

The capture of the 95 mares, 89 studs and 45 foals brought the total number of wild horses rounded up to 1,832 during the roundup, which started on Nov. 2.

Seventeen wild horses had died through Thursday. Humane observer Steve Paige of RTF said that one mare came in with a bad leg on Friday and may also have been euthanized.

As of this writing, BLM had not yet posted its final gather report with final totals. (When it does, it can be found here.)

Public viewing was allowed on Friday. Access was scarce during the rest of the roundup because traps were often set up on private property — not the tens of thousands of acres of public land that makes up the majority of the area.

A contractor’s helicopter ran the wild horses alongside a barbed wire fence. The horses, most in darker colors, in contrast to the paints and grays captured in the HMA, came into the trap in extremely large groups.

None of the wild horses captured on Friday are likely to see their home range again. Instead, they will join the majority of those captured and separated from their family bands during the roundup at the Palomino Valley Wild Horse and Burro Adoption Center near Reno, Nevada.

Those not adopted will later be taken to BLM off-range pastures.

BLM says it re-released 399 wild horses onto the range, including 226 mares treated with PZP-22 fertility control vaccine. Those included 201 wild horses ages 7 and older that were released on Thursday.

BLM justified the roundup as an effort to “remove excess wild horses in order to prevent further deterioration of Greater Sage grouse habitat within the Sagebrush Focal Area (in northern Elko and Humboldt Counties. Overpopulation of wild horses leads to the degradation of rangeland resources, which adversely impacts habitat for other species as well as the horses themselves.”

Wild horses were run along a barbwire fence on Friday while being pushed by a helicopter toward the trap. 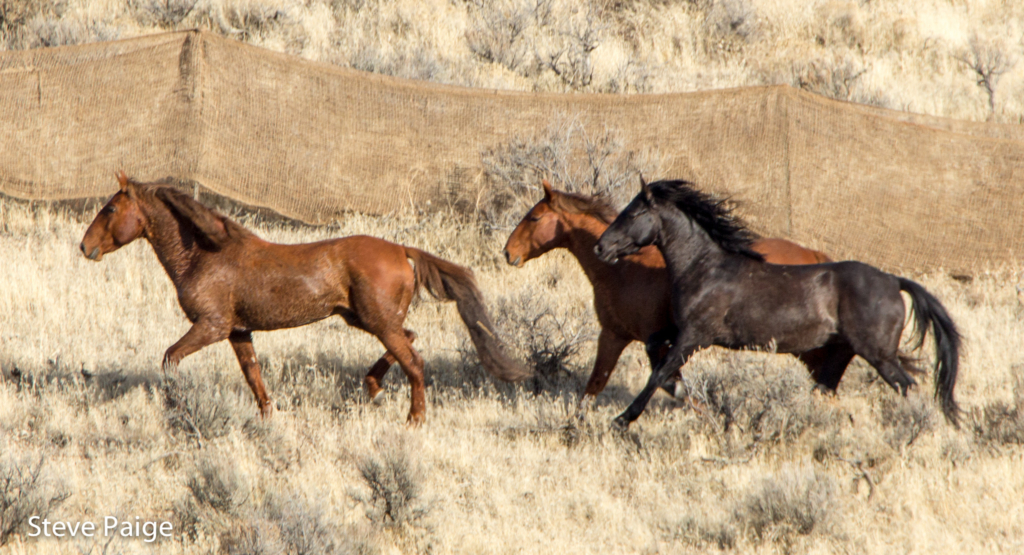