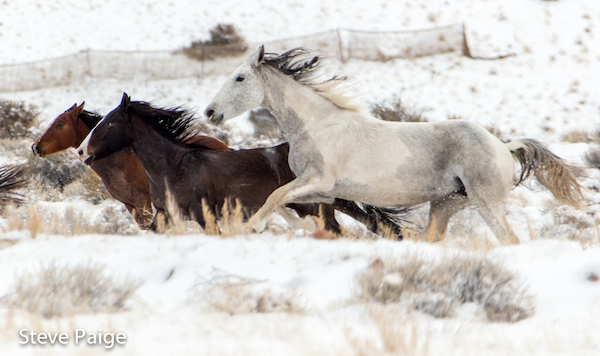 (Above and below) Five wild horses flee from a BLM contractor’s helicopter on Sunday. Two ultimately escaped. All photos by Steve Paige for RTF.

Thirteen wild horses were captured on Sunday at the Frisco Horse Management Area in western Utah that saw the contractor’s helicopter make repeated attempts to force a band into the trap. The Cattoor Livestock Roundup pilot finally relented, with two of the five wild horses escaping.

Fifty wild horses have been captured at Frisco since Friday, Jan. 6. No injuries have been reported by the Bureau of Land Management.

BLM plans to capture 150 wild horses, permanently removing 90 from their home range. Some will be returned to the range fitted with radio collars and global positioning system tracking devices as part of a population-control experiment.

U.S. Geological Survey and Colorado State University researchers intend to study for five years “the effects of removing males from the reproductive population through gelding as an alternative potential management tool.”

Also on Sunday: 37 wild horses gathered Friday and Saturday were shipped to the Axtell Off-Range Corrals, joining 113 Frisco horses who have remained in the corrals since being captured last July.

Wild horses not returned to the HMA with radio collars are to be made available for adoption. Those not adopted will be sent to long-term holding facilities. 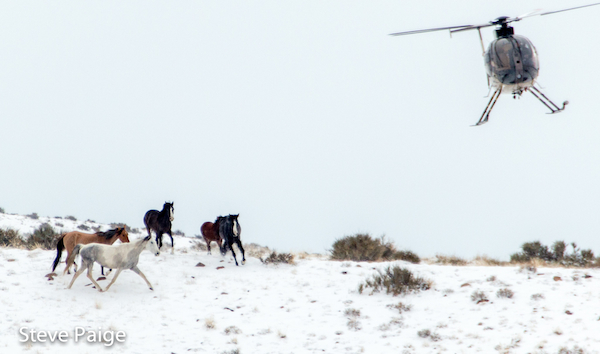 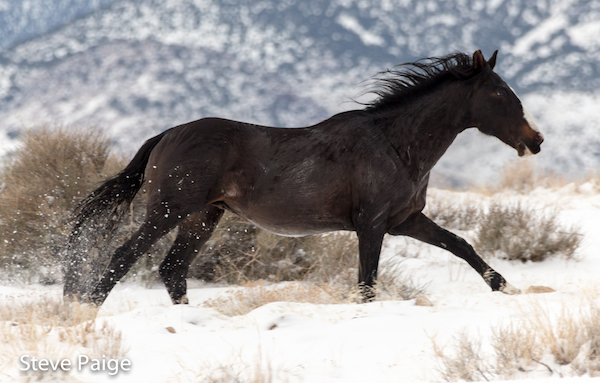 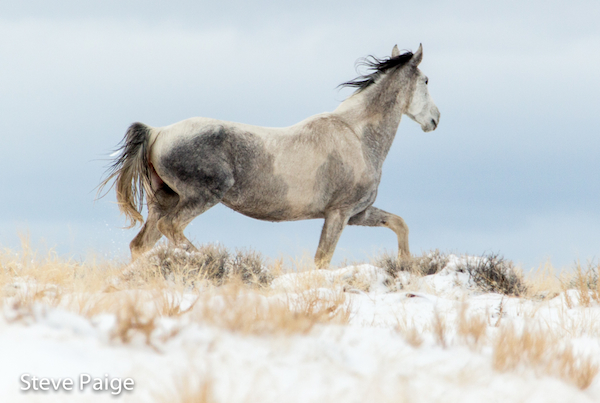 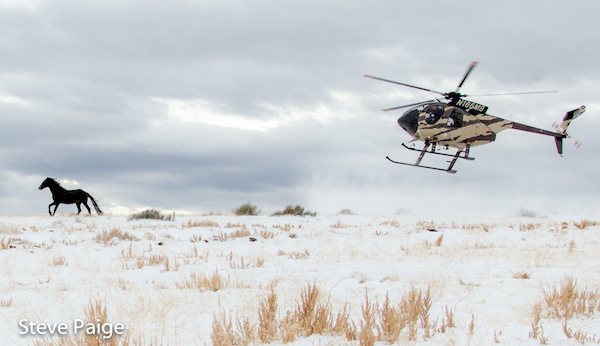 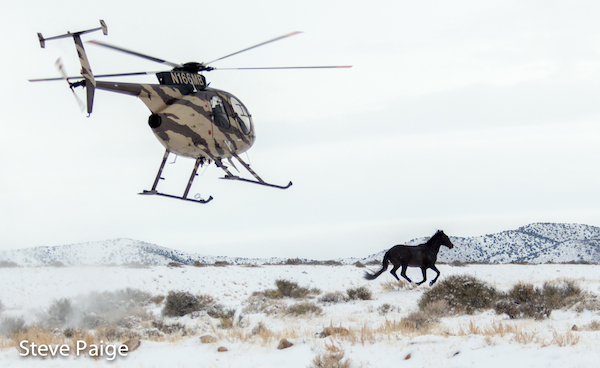 Members of the public interested in viewing the roundup should call the BLM gather hotline: (801) 539-4050. Participants must provide their own transportation (four-wheel drive, high-clearance vehicles are recommended), as well as their own water and food. They should wear clothing suitable for harsh winter conditions.