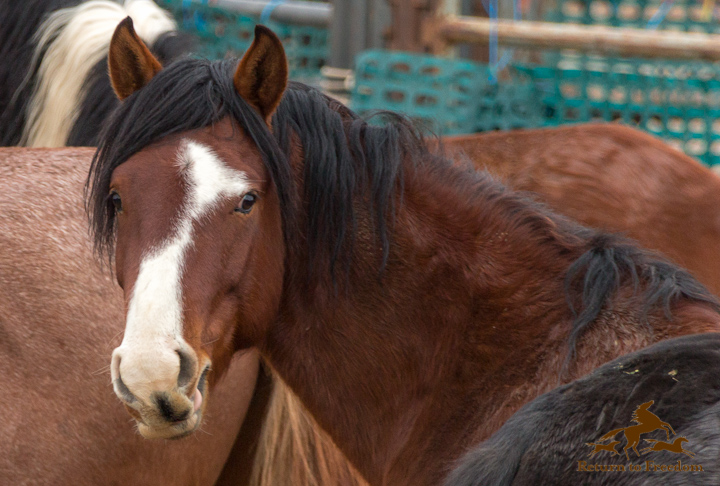 One of 16 wild horses captured on Sunday stands in a temporary holding pen. All photos by Steve Paige for RTF.

Sixteen wild horses were captured on Sunday during the final day of the helicopter roundup at the Frisco Horse Management Area in Utah.

Altogether, 82 wild horses were captured starting on Jan. 6, according to the Bureau of Land Management. No deaths were reported during the roundup, which has been grounded several times due to winter weather.

The wild horses captured on Sunday were taken to temporary holding pens for sorting by sex and age. A few of the mares seemed angry about being penned up together, after just being separated from their family bands (see: photo five, below), according to RTF humane observer Steve Paige. Meanwhile, the stud pen (photo six) had plenty of color — and confusion.

The wild horses will be transported on Monday to the Axtell Off-Range Corrals, where another 113 Frisco horses gathered in July are also being held.

Some will be returned to the range in late February fitted with radio collars and global positioning system tracking devices as part of a population-control experiment.

Wild horses not returned to the HMA are to be made available for adoption, according to BLM. Those not adopted will be sent to long-term holding facilities. 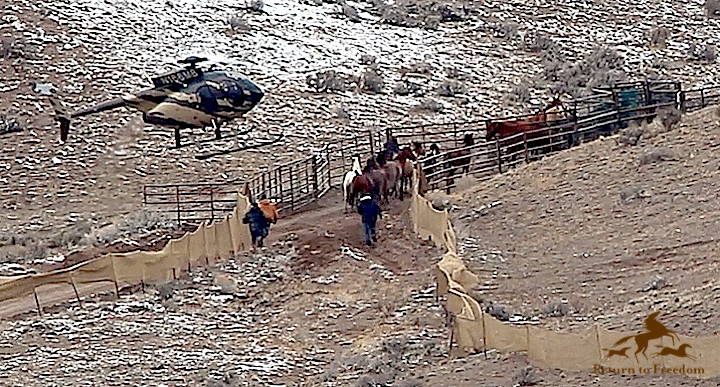 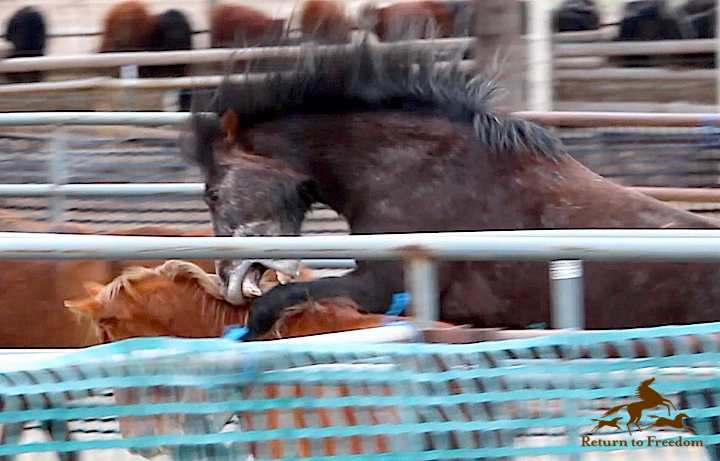 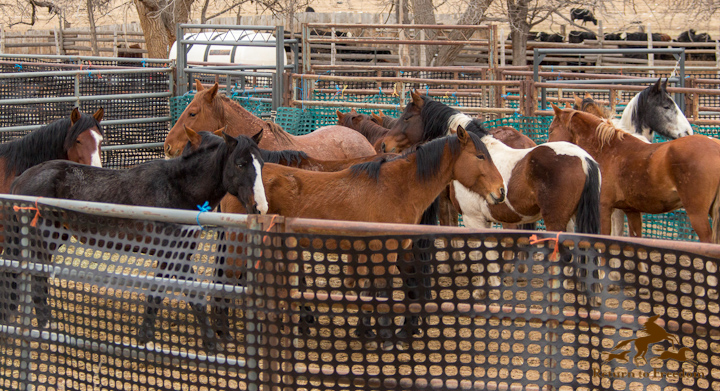