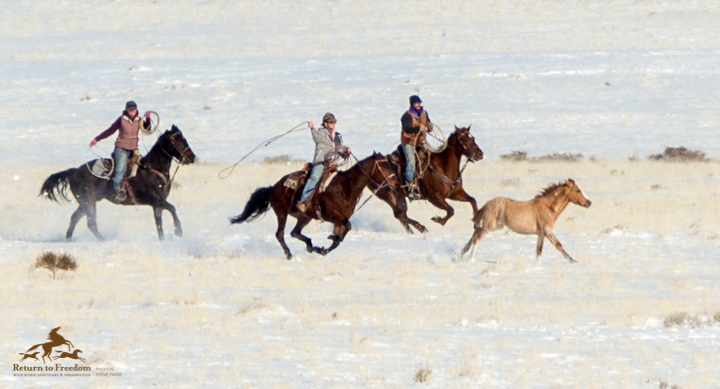 Riders rope a foal separated from its family band during helicopter drive trapping on Saturday at the Sulphur Horse Management Area in Utah. All photos by humane observer Steve Paige for RTF.

The Bureau of Land Management on Saturday captured 103 wild horses from Utah’s Sulphur Horse Management Area, bringing to 278 the total that have been captured since the roundup began on Jan. 18, according to BLM.

Among those captured on Saturday: a paint that reportedly had eluded captors for years, including on Thursday.  The stud unusual for his coloration in an area known for black, dun and grullo wild horses was chased down by helicopter, then roped by riders who brought him into the trap (see photos 2-4 below).

One stallion that escaped up a hill stopped and looked out at his family band in the trap. When one of his mares called out, he charged back down and made his way around the trap. Eventually, though, he gave up and fled up the mountain (see photos 5-8 below).

Also on Saturday: 75 wild horses were transported to the Axtell Contract Off-Range Corrals. The BLM has reported no injuries or deaths during the roundup, so far.

The agency plans to capture about 700 wild horses between now and Jan. 31 from the area about 50 miles west of Milford, Utah. 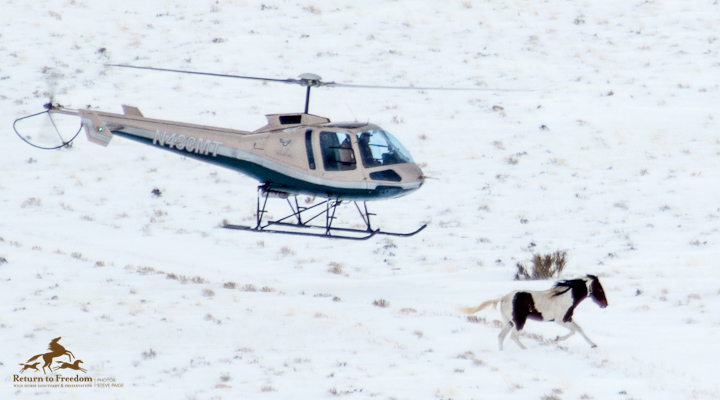 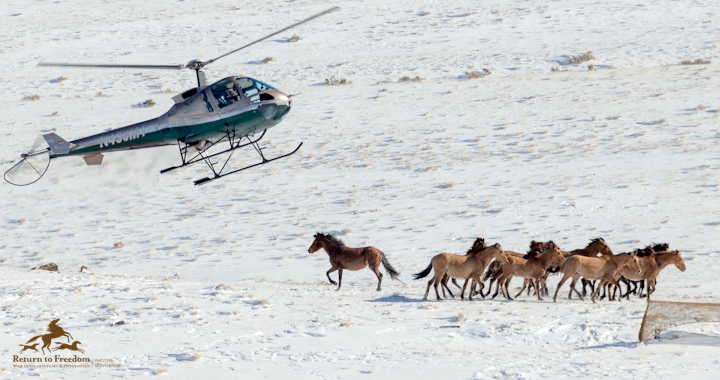 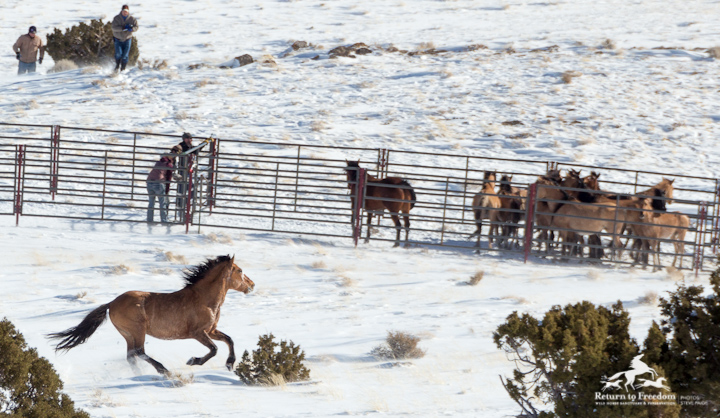 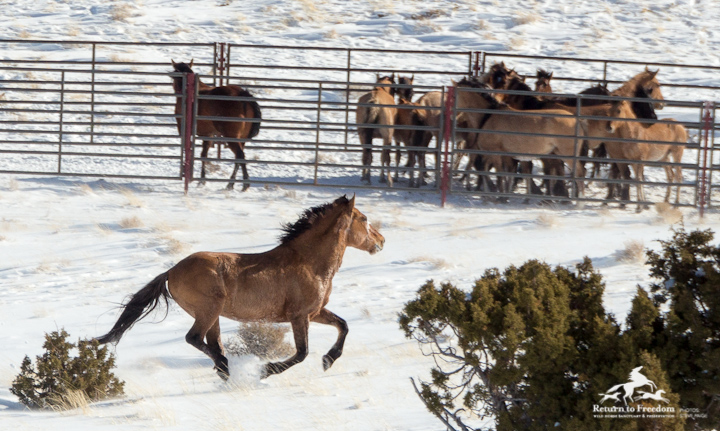 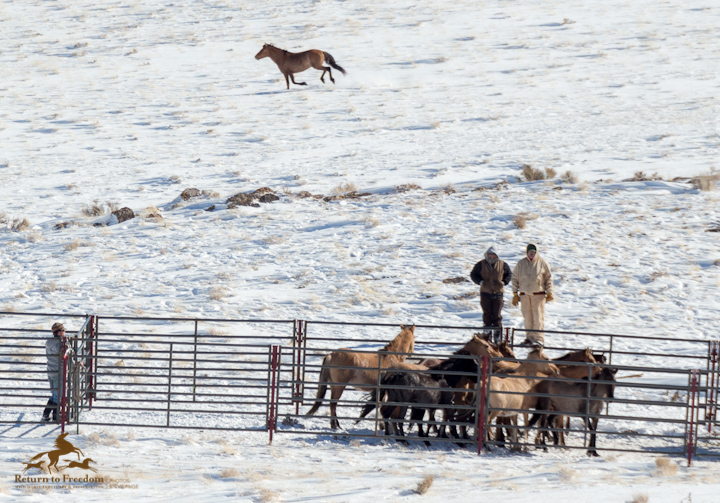