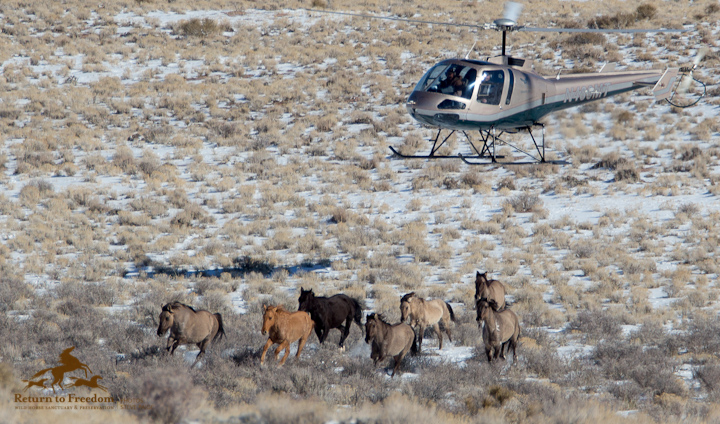 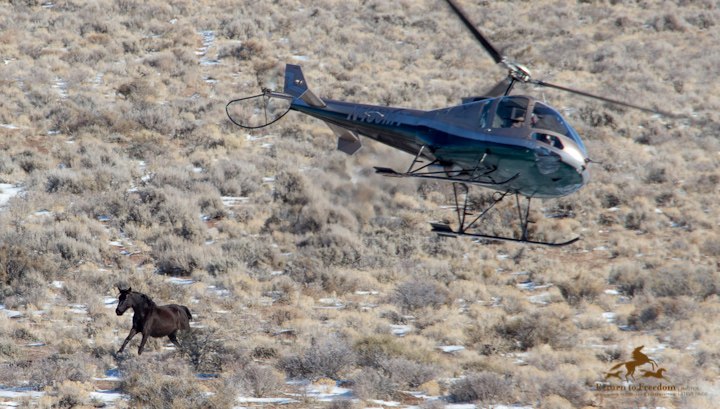 A wild horse flees from a contractor’s helicopter on Thursday at the Sulphur Horse Management Area in Utah. All photos by Steve Paige for RTF.

Fifty-five wild horses were captured and two euthanized on Thursday during the ongoing Bureau of Land Management helicopter roundup at the Sulphur Horse Management Area in Utah.

A 3-year-old bay stud was euthanized because of a pre-existing right front shoulder fracture, according to BLM, as was a 6-year-old black mare with a body condition of 2.0 and a “poor prognosis of improvement” (to see a .pdf of the 10-point body condition scale, please click here).

They were the fourth and fifth wild horses known to have died during the roundup. On Jan. 22, about five to six miles away from the trap site along State Highway 21, a contractor’s truck collided with a wild horse on that has not been located.

A total of 499 wild horses have been captured since Jan. 18.

The contractor’s helicopter pilot grew much more aggressive on Thursday than on previous days, according to RTF humane observer Steve Paige noted: “Horses ran for their lives.” Among the wild horses captured were two roped and guided into the trap pens after splitting away from their families while under pressure from the helicopter.

The BLM plans to capture about 700 wild horses between now and Jan. 31 from the Sulphur HMA, which is located about 50 miles west of Milford, Utah. 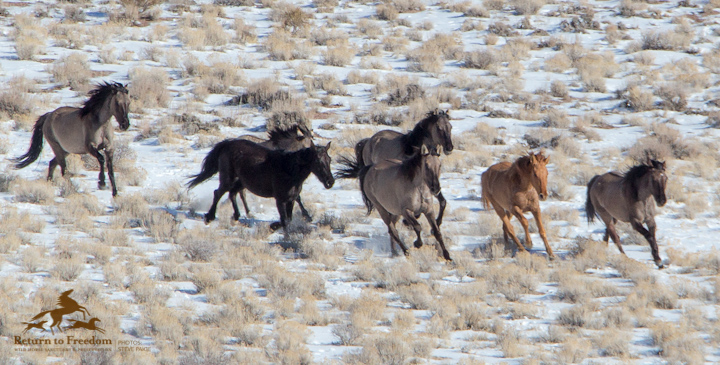 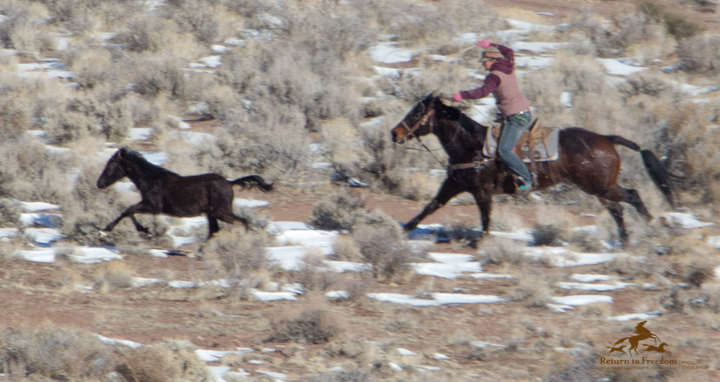