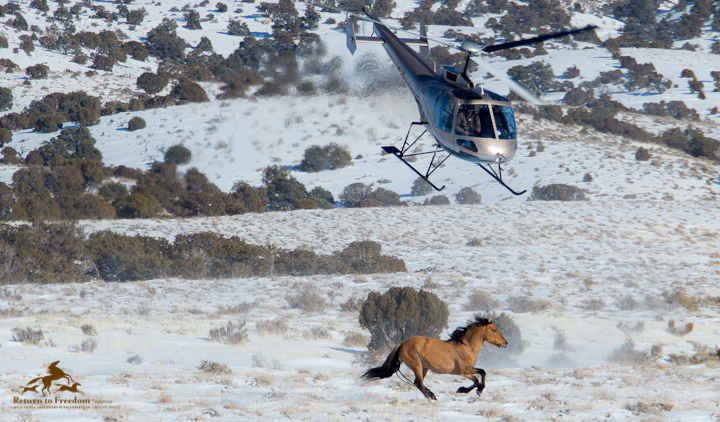 A helicopter pursues a wild horse at the Sulphur Horse Management Area on Friday. All photos by Steve Paige.

Forty-seven wild horses were captured and four euthanized on Friday during the ongoing Bureau of Land Management helicopter roundup at the Sulphur Horse Management Area in Utah.

A total of 546 wild horses have now been captured since Jan. 18.

According to BLM, horses were euthanized for the following reasons:

Ten wild horses are known to have died since the roundup began. Of those, nine have been euthanized, while one broke its neck while trying to escape the trap.

On Friday, wild horses continued to stumble and fall in the snow, but the BLM reported no injuries. Four horses were roped and led into the trap. Forty-seven wild horses were taken to the Axtell Contract Off-Range Corrals. 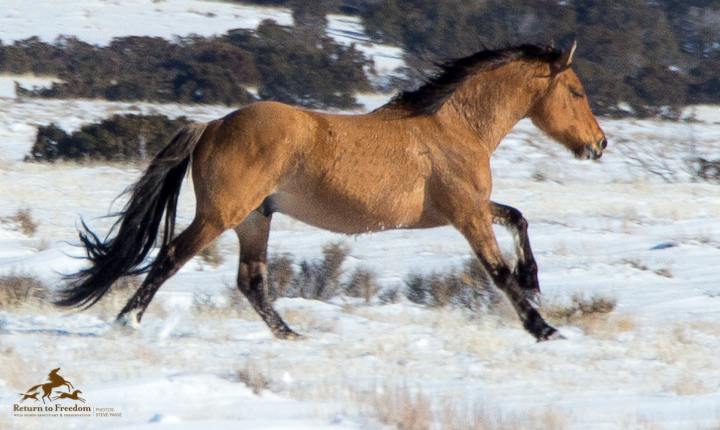