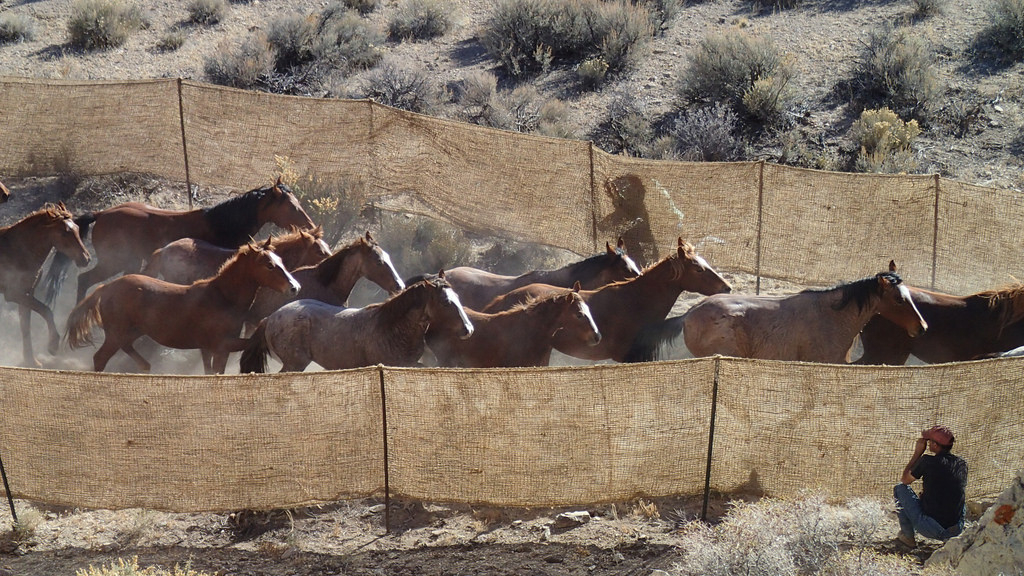 The Bureau of Land Management started its third helicopter roundup of 2017 with the capture of 32 wild horses on Monday at the Reveille Horse Management Area in Nevada.

No wild horses were injured, according to the BLM.

BLM plans to capture up to 135 wild horses from the HMA and surrounding area, which is located about 50 miles east of Tonopah, Nevada.

Of those, 80 wild horses will be permanently removed from the range and put up for adoption; 55 will be released, with all mares treated with fertility control vaccine.

The Tonopah Resource Management Plan allow BLM to reduce the wild horse population to a level that will accommodate up to three years of population growth before again reaching Appropriate Management Level.

The goal for the upcoming roundup: reduce population to 91 wild horses. The current population is estimated at 173 wild horses, based on an inventory flight in February 2016 and an annual estimated growth rate of 15 to 20%, according to BLM.

So far this year, BLM has conducted helicopter roundups at the Frisco HMA and Sulphur HMA in Utah.