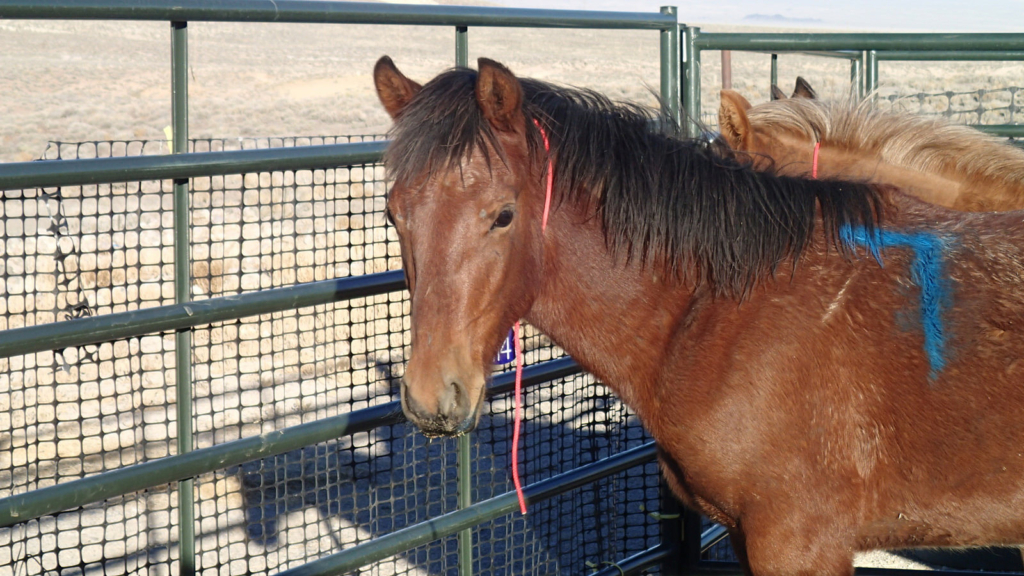 Thirteen studs, 12 mares and three yearlings were captured on Thursday during the ongoing helicopter roundup at the Reveille Horse Management Area in Nevada.

A total of 151 wild horses have been captured since the roundup began on Jan. 30, according to the Bureau of Land Management. One wild horse has been euthanized.

BLM plans to capture 140-160 wild horses from the HMA and surrounding area, which is located about 50 miles east of Tonopah, Nevada.

About 80 wild horses are to be permanently removed from the range and put up for adoption, according to the BLM, while 60 to 80 will be released. All released mares are to treated with fertility control vaccine.