A total of 277 wild horses have been captured since the roundup began on Feb. 11. No deaths have been reported, according to the agency.

The wild horses continue to appear to be in good health, with body scores of 5 on the 10-point scale used by the Bureau of Land Management.

Despite the large number of wild horses trapped, the operation ran smoothly, according to RTF humane observer Steve Paige. No injuries were reported, and, unlike on Sunday, wild horses that avoided the trap were allowed to escape without being repeatedly pursued helicopter or riders on horseback. The five members of the public on hand were also given a better vantage point 438 yards from a new trap site.

BLM intends to capture up to 700 wild horses. The agency plans to separate out and permanently remove from their home range 200-300 “adoptable age” wild horses. Those not adopted will be moved to government holding facilities, according to the agency. 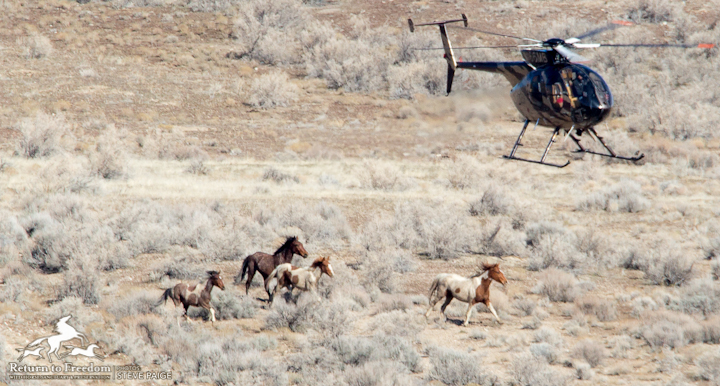