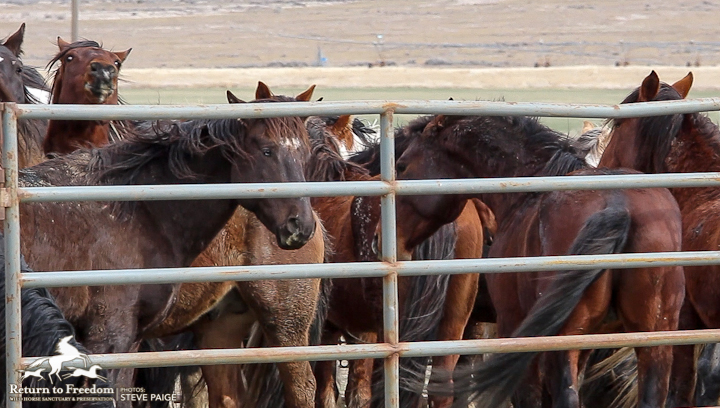 Above: Older mares wait to be treated with fertility control vaccine and released from temporary holding. Below: Tensions are running high in a crowded stud pen at temporary holding. All photos by RTF humane observer Steve Paige.

Update: RTF has received several questions about what happened to a pinto mare and foal photographed while being captured on Thursday. The pair remain separated. The mare is in temporary holding and will be released after being treated with fertility control vaccine. The foal has been transported to the Delta Wild Horse and Burro Facility, where it will be put up for adoption.

Since the roundup began on Feb. 11, 483 wild horses have been captured and two have been euthanized. No other physical injuries have been reported by the agency.

BLM intends to capture up to 700 wild horses before the roundup’s end. The agency plans to separate out and permanently remove from their home range 200-300 “adoptable age” wild horses. Those not adopted will be moved to government holding facilities, according to the agency. 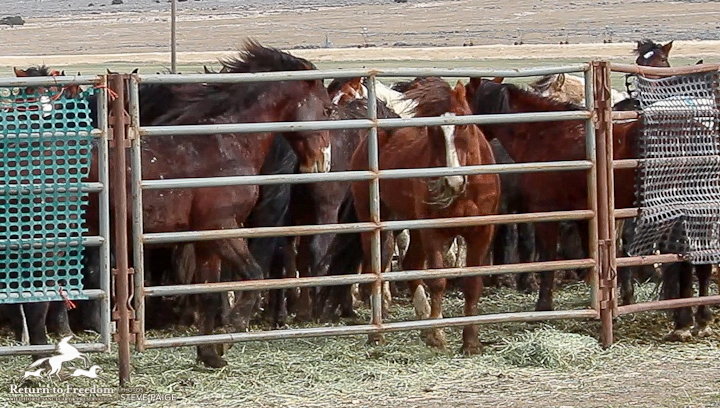 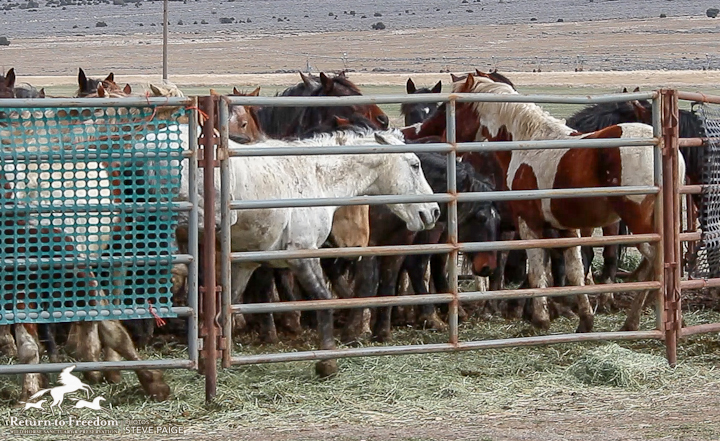