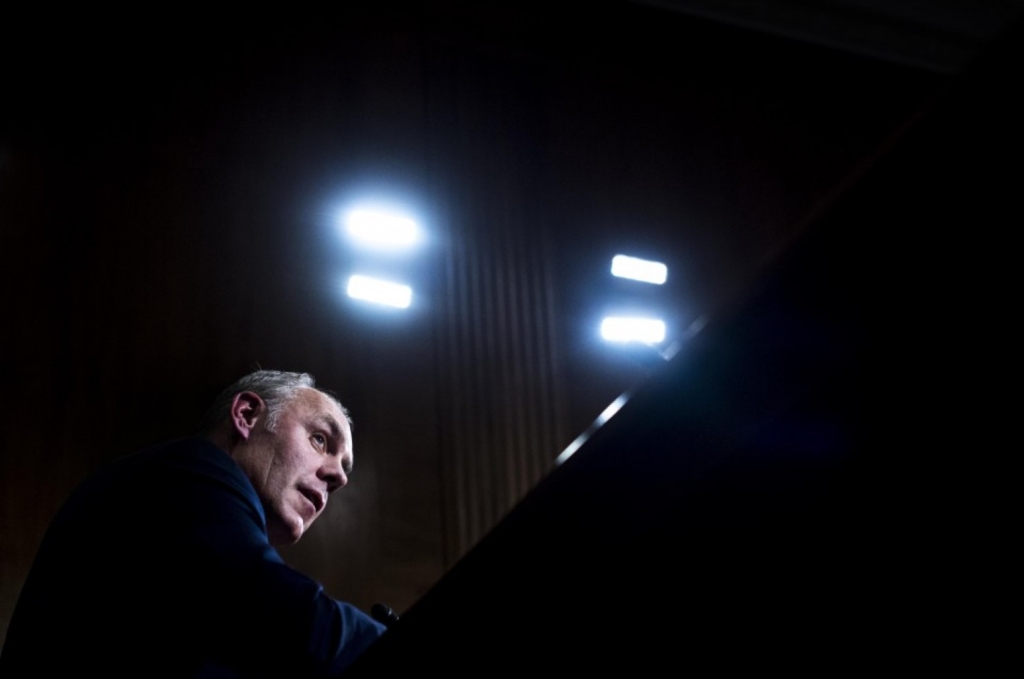 The Senate on Wednesday confirmed Ryan Zinke’s nomination to lead the Interior Department by a 68 to 31 vote.

Zinke will head a department that manages a fifth of the land in the United States, about 500 million surface acres, a total that doesn’t include millions more acres and natural resources underground. Interior has an enormous environmental footprint, with agencies that decide how resources such as coal are managed and which animals are eligible for listing under the Endangered Species Act.

Republicans called the former Montana congressman and Navy SEAL a strong choice for Interior, as an avid hunter with Western roots who understands how federal regulations on the cultivation of coal, natural gas and minerals on public lands can hurt corporate revenue and reduce jobs.

“I believe Representative Zinke is a solid choice for this position,” said Sen. Lisa Murkowski (R-Alaska), chair of the Senate Energy and Natural Resources Committee that approved his nomination in a partisan vote more than a month ago. “While we may not agree on every issue … I believe he will work with us in a thoughtful manner that is reflective of a true partnership.”

Democrats were wary of Zinke despite his declaration that he believes humans contribute to climate change. “Man has had an influence,” he said under questioning by Sen. Bernie Sanders (I-Vt.). Zinke’s assertion that the level of human contribution is unknown, despite the near unanimous opinions of climate scientists who say it’s overwhelming, didn’t help. Liberals worried that Zinke would open more land to exploitation at the expense of wildlife and their declining habitat.

The nominee put to rest one liberal concern early in his confirmation hearing. “I am absolutely against transfer or sale of public land,” Zinke said in response to a question from Sanders. That stance puts the first-term congressman on par with President Trump, who has also said he wants to keep federal land.

Sen. Maria Cantwell (D-Wash.) expressed concern that Zinke will support calls to rescind the Obama administration’s designation of 1.3 million acres in Utah as the Bears Ears National Monument, a status long pursued by Native American tribes and conservationists. At his hearing, Ryan told committee members that traveling to Utah was one of his priorities.

“I’m not convinced that Congressman Zinke is going to show the leadership on these issues that is necessary,” Cantwell, the committee’s ranking minority member, said in her floor speech. “We need someone who’s going to stand up and say the outdoor economy is worth it.”

Zinke’s confirmation came more than a month after the committee’s approval partly because of politics, and Murkowski and Cantwell’s speeches on the Senate floor reflected the broad partisan divide. Zinke was approved by a 16-6 committee vote largely along party lines. All of the committee’s 12 Republicans voted in Zinke’s favor.

Zinke told the committee that one of his first priorities would be to fix the crumbling infrastructure at parks under the National Park Service. He said President Trump’s ambitious infrastructure spending plans should “prioritize the estimated $12.5 billion in backlog of maintenance and repair” at hundreds of national parks such as Yosemite National Park, the Mall, Memorial Bridge and the George Washington Memorial Parkway.

But the nominee gave little indication on how he would act on other issues.

Zinke spoke little about his stance on the Endangered Species Act, which a Senate committee recent held hearings on “modernizing.” Conservation groups voiced suspicion that the true aim is to gut the act.

In his opening remarks during a hearing in February, the committee’s chairman, Sen. John Barrasso (R-Wyo.), said the act “is not working today,” adding that “states, counties, wildlife managers, home builders, construction companies, farmers, ranchers and other stakeholders” have made that clear in complaints about how it impedes land management plans, housing development and cattle grazing, particularly in western states, such as Wyoming.

House Natural Resources Committee Chairman Rob Bishop (R-Utah) said he wants to repeal the act, according to an Associated Press report. “It’s been used to control the land. We’ve missed the entire purpose of the Endangered Species Act. It has been hijacked,” he said.

Republicans said the act too often falls short of its goals. Barrasso pointed out that of more than 1,600 species listed as threatened or endangered since the Act’s inception, fewer than 50 have been removed. That’s about 3 percent of the total, the chairman said.

“As a doctor, if I admit 100 patients to the hospital and only three recover enough to be discharged, I would deserve to lose my medical license,” Barrasso said.