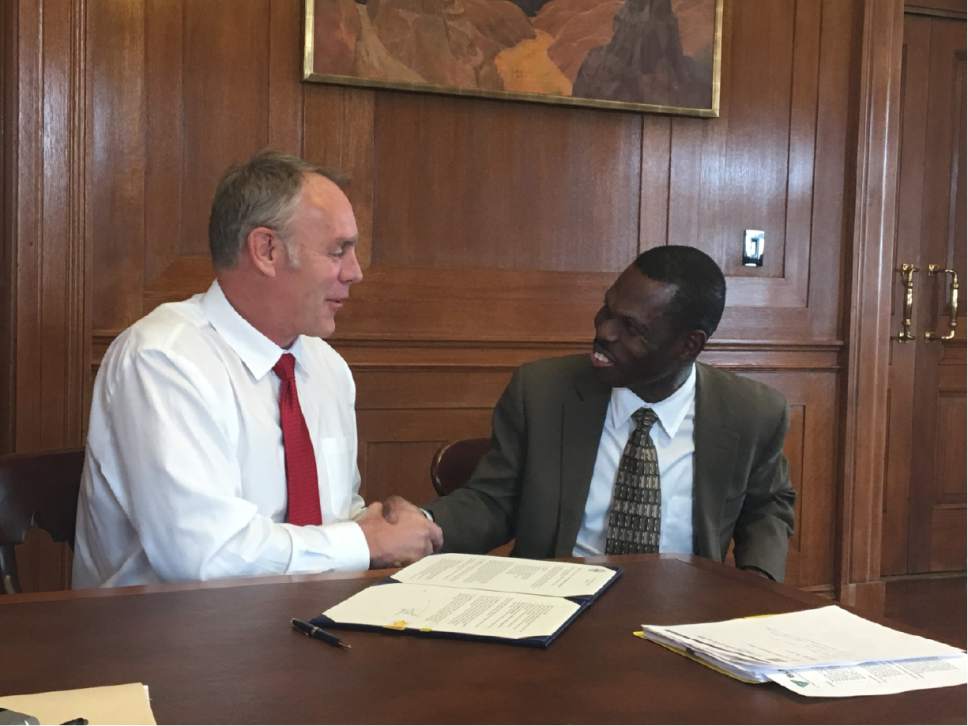 Washington–Michael Nedd, who had run the Bureau of Land Management’s office over energy and mineral programs, will take over as the acting director of the entire agency, the Interior Department said Wednesday. The BLM is the biggest land manager in Utah.

Nedd, who was the assistant director for Energy, Minerals, and Realty Management, will take over as the interim head of the nation’s land management agency, and Interior said his appointment signals Secretary Ryan Zinke’s “focus on creating responsible energy jobs on public lands where appropriate.”

“Let me make one thing clear, the Interior Department is in the energy business and Mike is an energy guy who understands the balance we must strike when developing resources and creating jobs on our public lands,” Zinke said in a statement. “It is my hope that working together he will help identify areas where we can expand responsible mineral development while still conserving habitat and wildlife.”

President Donald Trump has yet to name a BLM director, though Utah state Rep. Mike Noel, R-Kanab, a controversial figure in the public lands debate, has actively campaigned for the job. Trump’s White House is far behind that of his predecessors in naming key appointments for federal agencies with some 505 Senate-confirmed positions still awaiting an official nomination, according to a Washington Post database tracking the appointments.

Some 19 officials, mainly Cabinet-level or White House senior staff, have been named and another 29 are awaiting confirmation votes.

The BLM manages 22.9 million acres of land in Utah, or about 42 percent of the state’s landmass.

Conservation groups expressed respect for Nedd as an agency veteran who they’ve been able to work with in the past.

“We’ve known Mike for years as a career employee, and have appreciated open communications with him,” said Scott Groene, director of the Southern Utah Wilderness Alliance. “We look forward to working with him in this role.”

Nada Culver, of the Wilderness Society, said she hopes Nedd maintains an appropriate balance of values for all users of public lands.

“To us, it is important for the BLM director to remember he or she manages hundreds of millions of acres for the benefit of all Americans. We hope that the elevation of BLM’s lead on energy and minerals to this important role being announced along with the sale of a coal lease is not an indication that this broader focus is at risk.”

Nedd has headed the energy, minerals and realty management sector for BLM since 2007 and previously as a state director and deputy chief information officer. He also served as an officer and enlisted soldier in the U.S. Army.

Testifying before a House Natural Resources subcommittee last year, Nedd praised the BLM’s work to boost renewable energy, noting that prior to President Barack Obama taking office in 2009 there were no solar installations on federal lands but since then the BLM has approved 59 utility-scale renewable energy projects, including 35 solar facilities, 11 wind farms and 13 geothermal plants.

“Facilitating the responsible development of renewable energy resources on public lands is a cornerstone of the administration’s energy strategy,” Nedd said in prepared testimony.