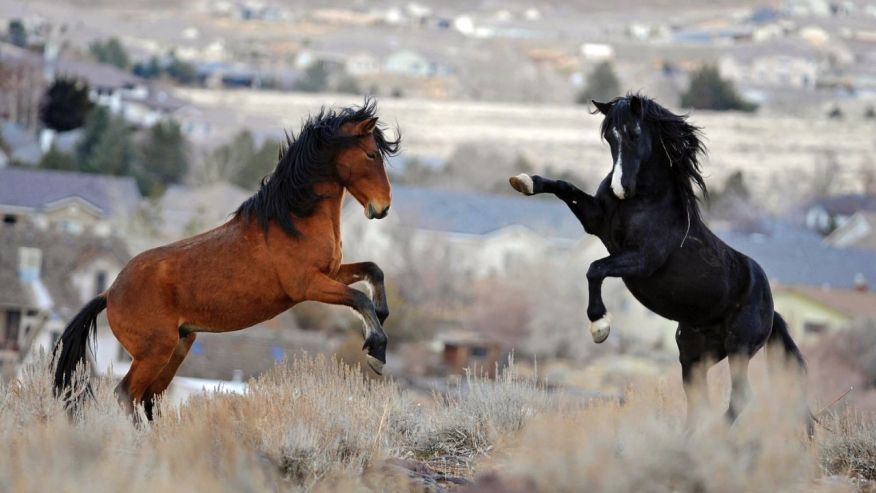 A deadline of April 4 has been set for public comments on the Bureau of Land Management’s plan to capture and remove next fall 1,029 wild horses from Herd Management Areas in Wyoming’s Checkerboard region.

Written comments should be emailed, with ““2017 AML Gather” in the subject line, to: blm_wy_adobetown_saltwells_hma@blm.gov  More information about submitting a written comment is available on the BLM website. More detailed background information on the proposed roundup is available here.

The Checkerboard is an unfenced 2 million-acre area of alternating blocks of public and private land.

Now, BLM is now basing its justification for conducting a roundup there on Section 3 of the Wild Horse and Burro Act, rather than pointing to the agreement with the ranchers.